"You're shit. You’ve always been shit. You know that."

Sixteen years have passed, but Hannah Martin can recall the sting of the words of her creative director as he fired her, weeks after she returned from maternity leave. "I had been there 18 months, I had won all these awards, but they said I had to leave within 24 hours."

Martin's creative work had picked up awards from D&AD and Campaign, and she had even received an unexpected bonus while on maternity leave. Yet, when she returned after four months' leave following the birth of her child, her boss pulled her to one side and told her to be careful because "perception is everything". A tacit warning on the potential downside of leaving work on time to see her baby son.

Returning to work and breastfeeding a newborn is both emotionally and logistically challenging. On top of that, Martin found that her art director partner had been paired up with an intern. She wasn’t being given any work. Six weeks later, she was led into a meeting with the words: "Prepare yourself, it is going to be nasty."

And nasty it was – a swift, aggressive meeting with HR and two creative directors resulted in Martin feeling ambushed and attacked. She recalls: "They said their story would be I resigned because I couldn’t take the hours and, in the end, I signed [a termination agreement with a non-disclose clause] within 24 hours. I left and I was freelancing within two days."

Martin is in a unique position that she can talk about this NDA because that agency no longer exists. At the time, she had considered challenging the company and had called a lawyer to discuss her options, but she realised that it would take a year to go to tribunal and it would be very expensive. She adds: "I also knew I would be unemployable. I was the breadwinner and I couldn’t stand that stress."

The cost of silence

Her experience is not a one-off. A director who had worked at a media technology company put in a flexible working request while on maternity leave. When her request was denied, she appealed and cited an article the company had recently written about championing working mothers and flexible working. "They didn’t follow any real process or give me any information," she explains. "They just put up barriers for me and shut me out every step of the way."

Pregnant Then Screwed, an organisation that supports working mothers, put her in touch with a solicitor, who helped broker a termination settlement. Yet the terms of this settlement underline the emotional and practical cost of silence surrounding maternity discrimination. She was gagged from telling her colleagues why she was leaving, as well as being subject to a six-month non-compete clause – a clause that was initially set for a year but which her solicitor successfully challenged.

"It has forced me out of the industry," the director admits. "I was a fairly confident person and I wanted to stand up for other people’s rights. I fear for my younger female colleagues that they will face the same, with companies just paying lip service to supporting mothers."

She urges the industry to embrace flexible working and place maternity and paternity leave and policies in the public domain so that prospective employees can see for themselves how a company might treat them if they choose to have children. "This whole discussion needs to come out of the shadows. We’ve been made to feel like having a child is automatically detrimental to our careers," the director points out. "The problem is no-one is allowed to talk about their experiences due to restrictive gagging clauses, which means the next wave of mothers don't have the tools to deal with the challenges you can face."

Months have passed since the director left her job, but the experience still takes its toll emotionally, becaue she thinks there is a sense of shame that comes with her restrictive settlement agreement. "Because you are silenced, you can’t speak to other people and understand how many other people are affected by these experiences," she says. "You feel small and alone. It has damaged my confidence and I fear how it has impacted my reputation in the industry.

"I was made to feel like I'd committed some kind of awful misconduct by having a baby and wanting to see her as well as work, and I suffered the consequences of that. Yet their appalling behaviour remains secret and they can still use their apparent 'flexible working culture' for PR without people finding out the real truth."

These voices, as well as those of other women in the creative industries who remain anonymous due to the legal restrictions of their NDAs, are being heard thanks to the work of Pregnant Then Screwed. The organisation is calling for legislative changes to extend the time limit to raise a tribunal from three months to at least six month. The Give Me Six campaign has been running for more than a year and 56,000 women have signed the petition, with MP Caroline Lucas leading an early-day motion to support the campaign. 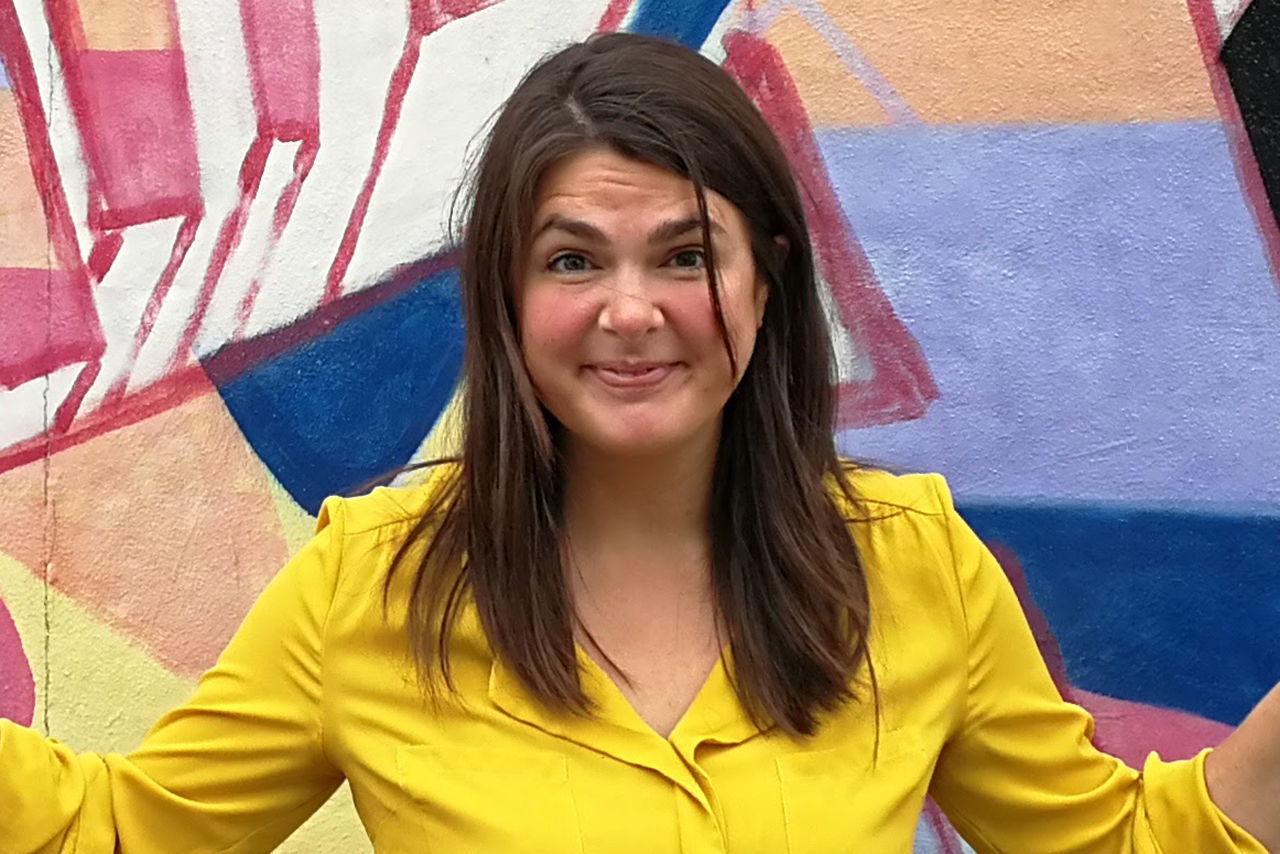 PTS has also contributed to the government inquiry into the use of NDAs and is proposing the establishment of a monitoring body for NDAs. Its own research of 260 women who have experienced pregnancy or maternity discrimination found that 91% of respondents felt that signing an NDA was their only option and almost 70% believed signing it had a negative impact on their mental health. More than half (52%) felt they were forced to sign the NDAs.

"We need a #MeToo movement for mums to empower women to speak out collectively. That is why these stories need to be told," Joeli Brearley (pictured, above), founder of PTS, explains.

As Mother’s Day approaches this weekend, many brands will be looking for opportunities to generate great PR for themselves but, according to Brearly, the creative and media indusutries need to think more critcially about how they behave.

She says: "Brands need to look at what they are doing in thier own organisations before they start extolling the virtues of Mother's Day. Through our mentor programme, we know how widespread the problem is and there are companies who are household brands who are held up as beacons of gender equality, but they are still silencing pregnant women through NDAs."

According to a government-backed report by the Equality and Human Rights Commission, three-quarters of pregnant women and new mothers experience discrimination at work, with one in nine losing their jobs.

It has been almost a year since Nathalie Turton wrote movingly in Campaign about her experience of having a job offer retracted after asking to leave the office at 5pm for three days a week. Breaking the silence that so often surrounds maternity discrimination is a step forward, but there is still more to do. As Turton notes: "Sadly, there are still a few things being kept under the radar, with NDAs being signed all over town. It’s a shame that people feel signing them is their only option.

"It doesn't seem to matter what department you work in; maternal prejudice doesn’t seem to have disappeared yet. Yes, an employee will be off for six, nine, 12 months – but you’ll have a good long career together and this small amount of time out isn’t that long out in the grand scheme of things. They’ll still be the same great candidate you hired before, only better for an enriched life experience.

"And with companies such as Netflix offering both mums and dads 52 paid weeks of parental leave, these kinds of discrimination won’t be a female-only issue any more."

Ali Hanan, founder and chief executive of Creative Equals, says that agencies need to fully commit to flexible working – not only for new mothers but for everyone who has a "life" – and extend parental paid leave for dads to at least six weeks (the statutory equivalent for mothers). "We need to embrace family life, in all the ways it manifests, in terms of looking after elderly parent or parents seeking time off for IVF," Hanan adds.

This is why Hanan believes her organisation's #CreativeComeback programme for women returning to the workplace after a break has truly resonated with the industry, with its drive to give many mothers back their careers and creativity.

"Everyone knows why women leave – and how we make it so hard with the phrase 'You're only as good as your last piece of work'," Hanan says. "We think this programme has been a tipping point. Companies have looked this talent in the eye, seen the fierce work they create and, off the back of it, we hope many will show they walk the flexible talk."

For Martin, this change can’t come soon enough: "We have a responsibility to be part of the change and that is the power of women collectively. I feel that I have climbed a ladder and I want to ensure that it is pulled down to help women coming up into the industry today.

"There is a wonderful strength in that collective endeavour for positive change."

If you have been a victim of maternity discrimination, you can call Pregnant Then Screwed’s free legal helpline on 0161 930 5300. You can also get help with a flexible working request by dialling 07960 113 252.

Pregnant Then Screwed Live, the UK festival of motherhood and work, takes place in Manchester on 11 May. Tickets are available here