The number of people watching YouTube on TV has more than doubled in the past year, according to Matt Brittin, Google's president for EMEA business and operations.

Speaking at the media owner’s upfronts tonight, Brittin pointed to Comscore figures which show that 18- to 34-year-olds in the UK are watching YouTube for an average of 45 minutes every day.

He added: "And even when you add the older people like me, all adults in the UK are watching 25 minutes of YouTube every day. You know that YouTube is mobile first – the latest news is that today 73% of viewing in the UK happens on mobile devices.

"But you probably didn’t know that the fastest growing screen for watching YouTube is the big old screen in your living room. Watchtime on TVs has more than doubled in a year."

The message differs from that of last year when Eileen Naughton, who was then Google’s managing director for UK and Ireland operations, said that brands should be spending 24% of their TV ad budget on YouTube if they want to target 16- to 34-year-olds.

Cecile Frot-Coutaz, the chief executive at Fremantle Media Group which creates shows including Britain's Got Talent, also spoke to brands and agencies at tonight’s show [pictured below]. She said that the next global talent show can be created on YouTube with a "younger audience, more data, high engagement and unbound by borders and time slots". 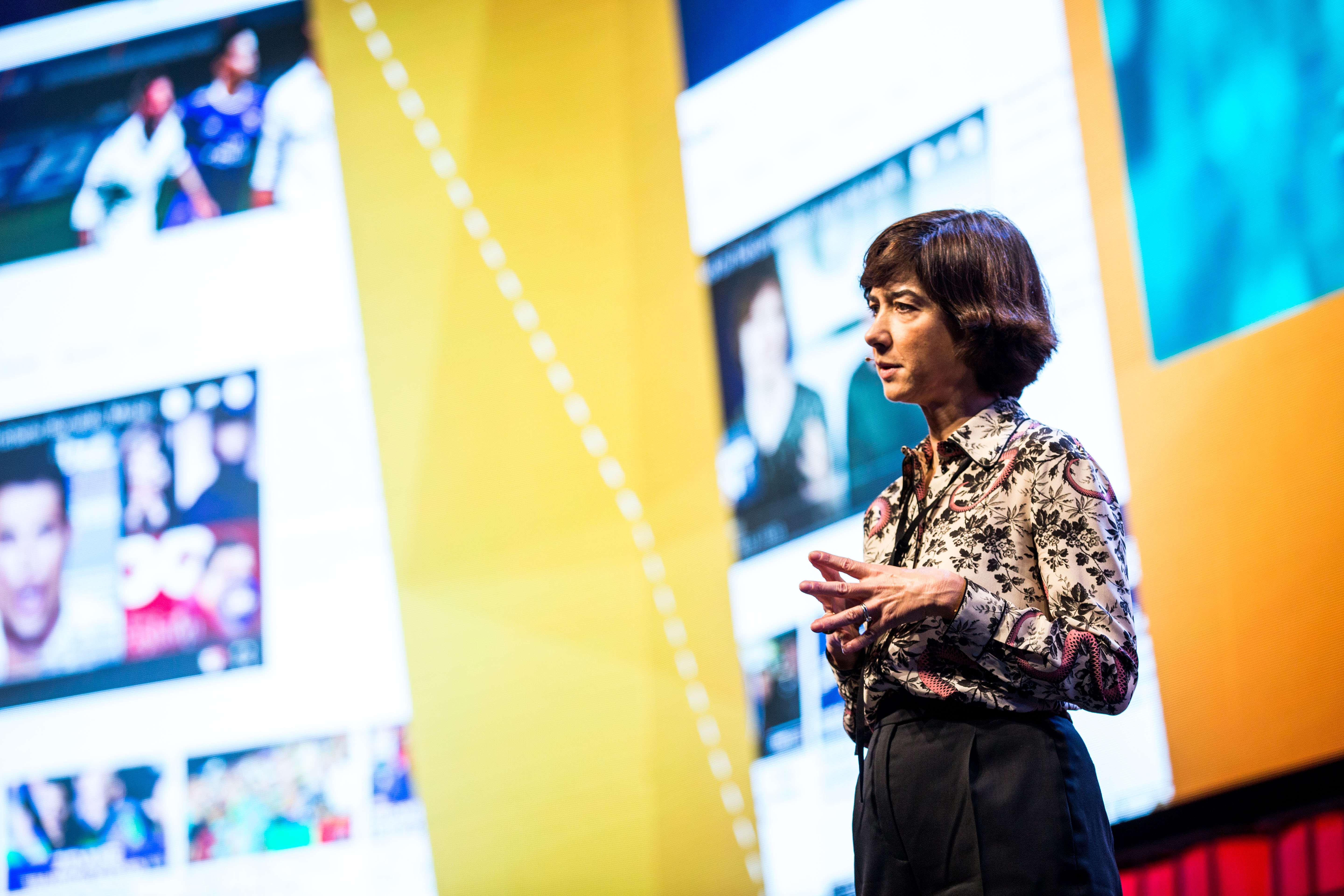 Frot-Coutaz added: "We’re making increasing investments in all digital media in years to come. If you want your brand to connect with world-class TV franchises or high quality, authentic digitally led content, or tap into the super engagement of YouTube stars, give us a call. We would love to tell some stories today."

She explained that the company felt threatened by YouTube at first. But when the clip of Susan Boyle was so popular, Freemantle Media realised that it could work in its favour by "extending the life of its shows".

James Corden, who kicked off the event with a West End-like musical number with 35 performers, hosted the show. It featured almost two dozen YouTubers on stage including Colin Furze, Dan & Phil, Cupcake Jemma, Tomska, Tanya Burr, Caspar Lee and Humza, as well as a performance from Rick Astley.

Uswitch signs up to sponsor Britain's Got Talent

Watch: Inside the new Tastemade studios

Thinkbox: We're not looking for a fight with YouTube

Are YouTube's shopping ads a game-changer?