On YouTube's 10th anniversary, Patrick Walker recalls the dynamics behind Google's acquisition of the video juggernaut

Exactly a decade ago, graduates Chad Hurley and Patrick Chen came up with the trademark, logo and domain for a video-sharing site.

YouTube launched in beta three months later, and in November 2006 became the property of Google.

At the time, current Rightster CEO Patrick Walker (pictured right) was working at the search firm, tasked with expanding Google Video outside the US. After the acquisition, he "became YouTube outside the US" and witnessed the site’s evolution from home of user-generated cat videos  to an advertising powerhouse with more than 1bn monthly users.

He told Marketing: "YouTube had this great charm about it, it just started to become this centre point for broadcasting yourself. The idea of original programming kicked off and YouTube became the frontrunner very quickly." 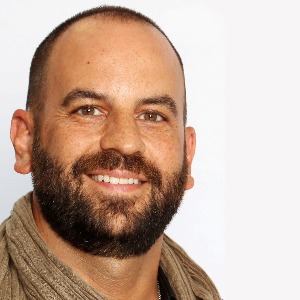 At the time of Google’s purchase, YouTube had 100 million views per day, already a "world-beating" achievement. YouTube was the fastest-growing site in 2006, outranking the leading social site at the time, MySpace.

Coincidentally, this was the same year that Google began providing targeted ads to MySpace. Closer to home however, the search giant was reluctant to introduce ads to YouTube, according to Walker.

"There was a time when those millions of views were not monetized, and there was a debate about having ads at all," he said. "There were flat-down battles over pre-rolls."

At this point, observers were questioning whether YouTube could ever make money. In 2009, even after the first ads were introduced, analysts estimated the video site was costing Google $470 million a year.

According to Walker, Google was intentionally slow in bringing in new ad formats that wouldn’t be as disruptive as TV ads. He said: "It was done in our own way that could be respectful to the audience."

"It was a very thoughtful and respectful nod to traditional rights-holders, but also a message that [traditional] ads were a thing of the past. Shoving three ads in front of a video is not suitable for the platform."

Google does not break out YouTube’s earnings versus the rest of its ad business, but reports suggest the site brought in around $3.5 billion in 2013.

As its revenues have grown, Google has had to become more precious about its creative IP, namely big-name stars such as Zoella and Pew Die Pie who influence millions of young viewers and won’t necessarily remain loyal to YouTube as they become more powerful.

YouTube also faces competition not just from other video sites, but a shift in consumption habits. The site may have become the de facto platform for longer videos, but the likes of Snapchat and Vine show young viewers are just as interested in short snippets too. Facebook’s noises around its growth in video, and its investment in Instagram, poses another threat.

The dual challenge for Google then is taking on an "old media" mantle by maintaining direct relationships with its YouTube stars, while still maintaining the openness that attracted them to the platform in the first place.

Walker said: "The characteristics of the business model will become protective, less agnostic and open, and more closed, because of the dollars flowing. It will be more geared to protecting the engines of that money.

"Old-world new media companies are becoming old-world media companies – so channels that are more agonistic, like Snapchat, capture the essence of the demands of young people who want to be free to roam the web. The creators are also saying, don’t box me in."

Ultimately, Walker describes himself as "bullish" on YouTube, now a key partner for Rightster. He also pointed to YouTube’s standing in the internet’s wider democratising effect, with the site playing a central role in the Arab Spring uprisings.

YouTube’s shift towards branded channels suggests the site will become more TV-like, with the TV ad dollars to boot, but available on every platform, at any time. If YouTube fulfils its quiet ambition to become the world’s universal TV, then the question of competing with Snapchat won’t even arise.

Will Twitter become a formidable player in the video space?