Even within the vast expanse of the Tate Modern's Turbine Hall, the elephant in the room loomed large for YouTube.

"So, what a year!" proclaimed Google’s UK and Ireland chief executive, Ronan Harris, who introduced YouTube’s first "On Stage" event at the Tate Modern last night.

While the inaugural event was strictly not labelled as "upfronts", this was nevertheless a chance for YouTube to talk to agencies and advertisers directly about its enormous growth and plans for 2019.

As you would expect from this digital goliath, the event shimmered with stardust, including South African comedian and Daily Show host Trevor Noah (pictured, above), whose YouTube videos led him to be discovered as a mainstream star, and legendary singer Chaka Khan who rounded off the evening.

But it was the lesser-known names who provided the more interesting insights that prove YouTube is more than just a huge database of videos that attract billions of views each day.

Michael Gunton, a BBC wildlife films producer, explained how his team searched YouTube videos for an ideal location to find Mobula rays – creatures that appear to fly out of the ocean to attract mates. He also explained how YouTube formats can enable new ways of video storytelling, such as 360-degree videos and soundscapes, that simply can’t be done on linear TV. 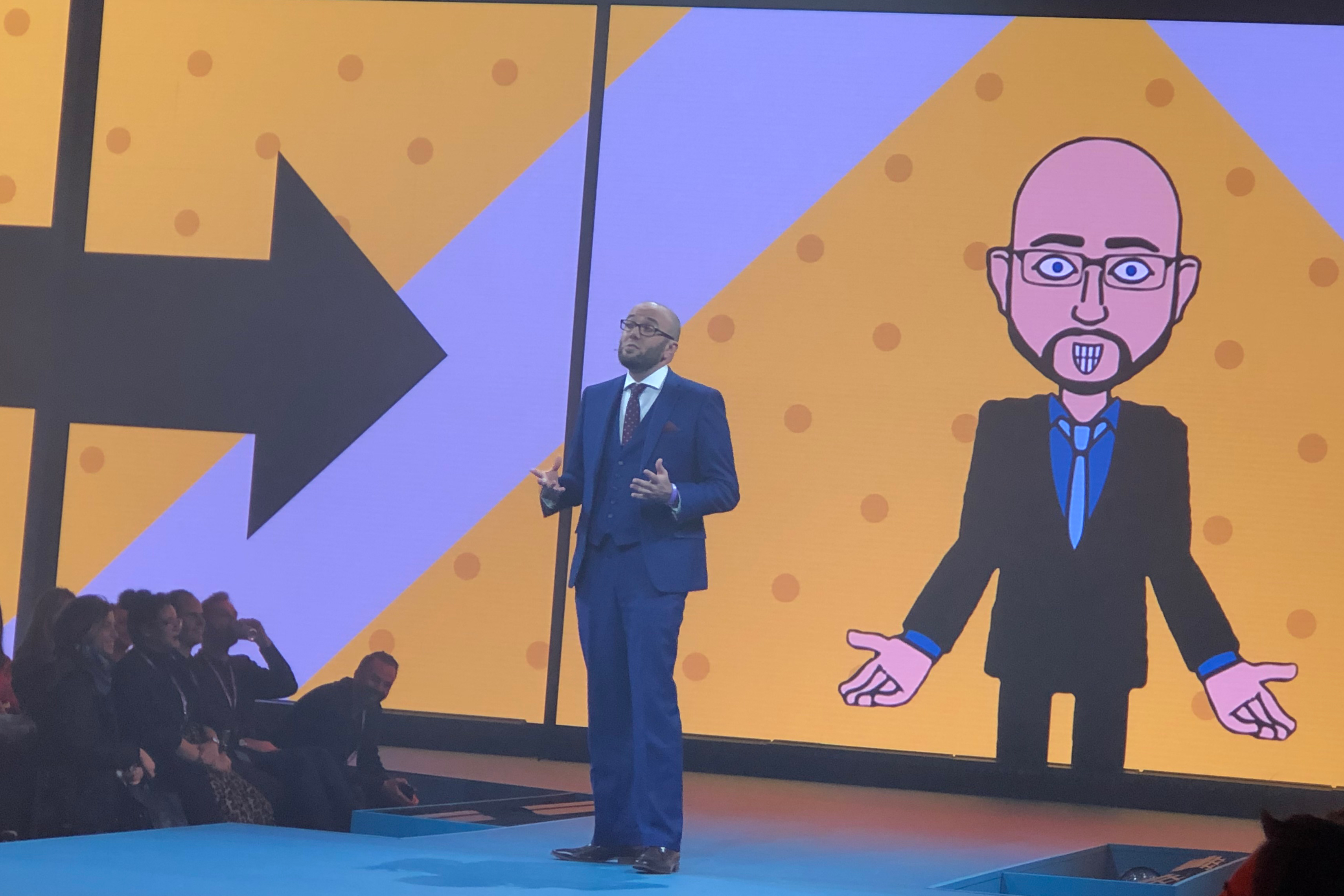 Mr Bruff (above), an English teacher who quit his day job because he became so popular on YouTube, explained how the platform has not only changed the course of his life, but also hinted at how the educational establishment as a whole may well be centred on distance-learning video in the future.

But did we learn very much? Not really. Particularly when it comes to brand safety issues that have plagued the platform in recent years, with some of the world’s biggest brands having ads unwittingly placed next to pornography and pro-terror videos.

It would be unfair to say that Harris ignored that topic, but nor did he get his torch out.

"We continued to invest in our people and also in our technology, and I think we’ve been making great progress. We also launched our transparency report and the last one you can read has our automation technology; it is now flagging over 85% of the videos that we’re removing," Harris (pictured, below) explained.

"I really believe that the YouTube ecosystem has now become stronger and it’s working better than ever for our viewers, for our users, for our advertisers but, also importantly, for our creators."

Then came a segue: "It’s not just YouTube stars like Dua Lipa and Stormzy who have become now household names, but also the droves of other creators who are coming to the platform to build audiences and to build livelihoods on YouTube." 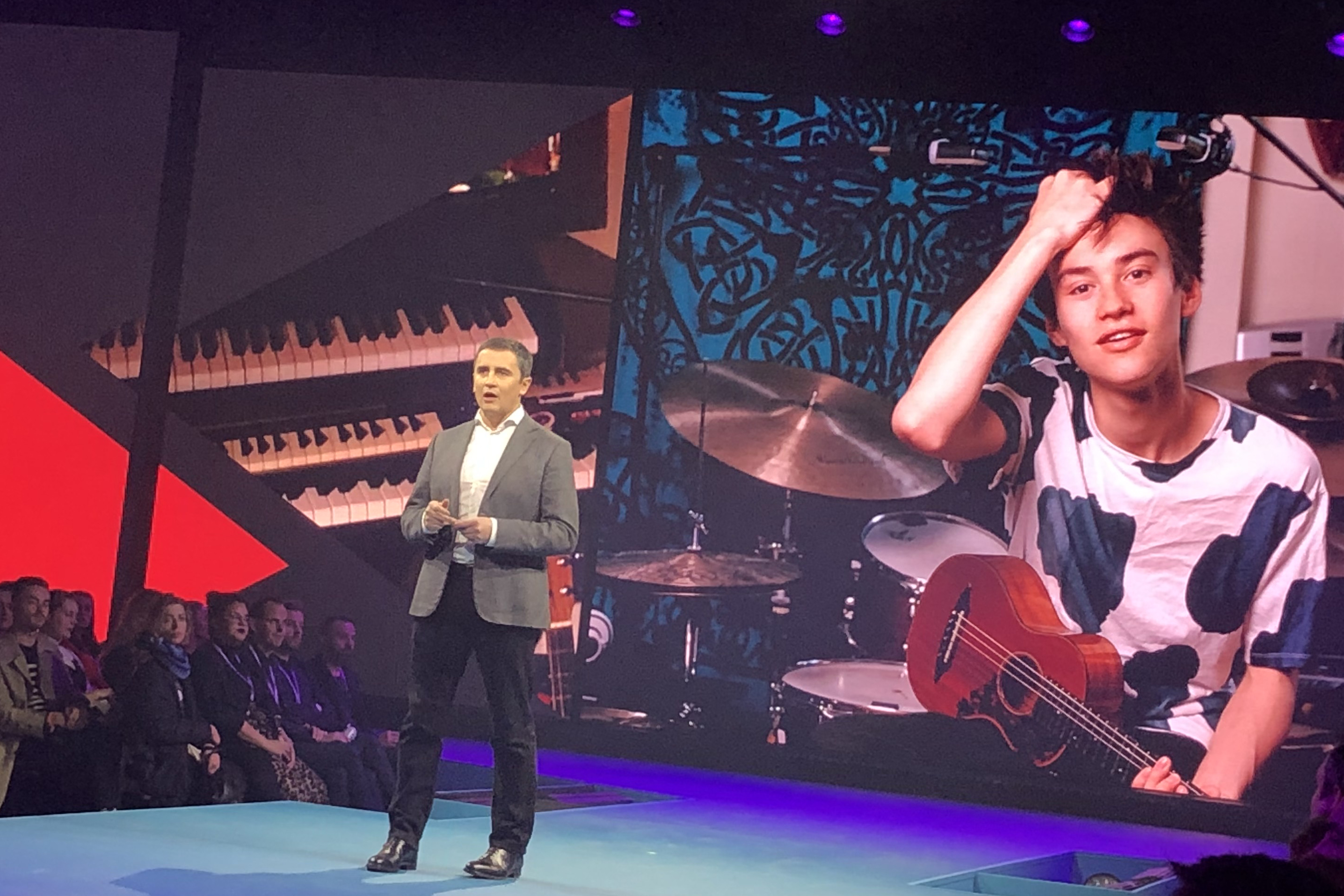 And so it all became about celebrity and big numbers, because YouTube’s trump card, above all else, is humongous numbers.

"Today, we have over 400 UK channels that have more than a million subscribers each – these channels and these creators that are capturing the attention of the great British viewing public. Ofcom tells us that the 16- to 34-year-olds in the UK are now watching more non-broadcast video than broadcast video and YouTube is taking the greatest proportion of those two-and-a-half hours.

"In fact, Comscore tells us that 18- to 34-year-olds in the UK are now watching more than an hour of YouTube every single day."

This is interesting in the context that YouTube used to be all about promoting its own nascent talent that could be found nowhere else. The platform is now driving the message home that media companies have an extra avenue to explore alongside traditional broadcast channels. 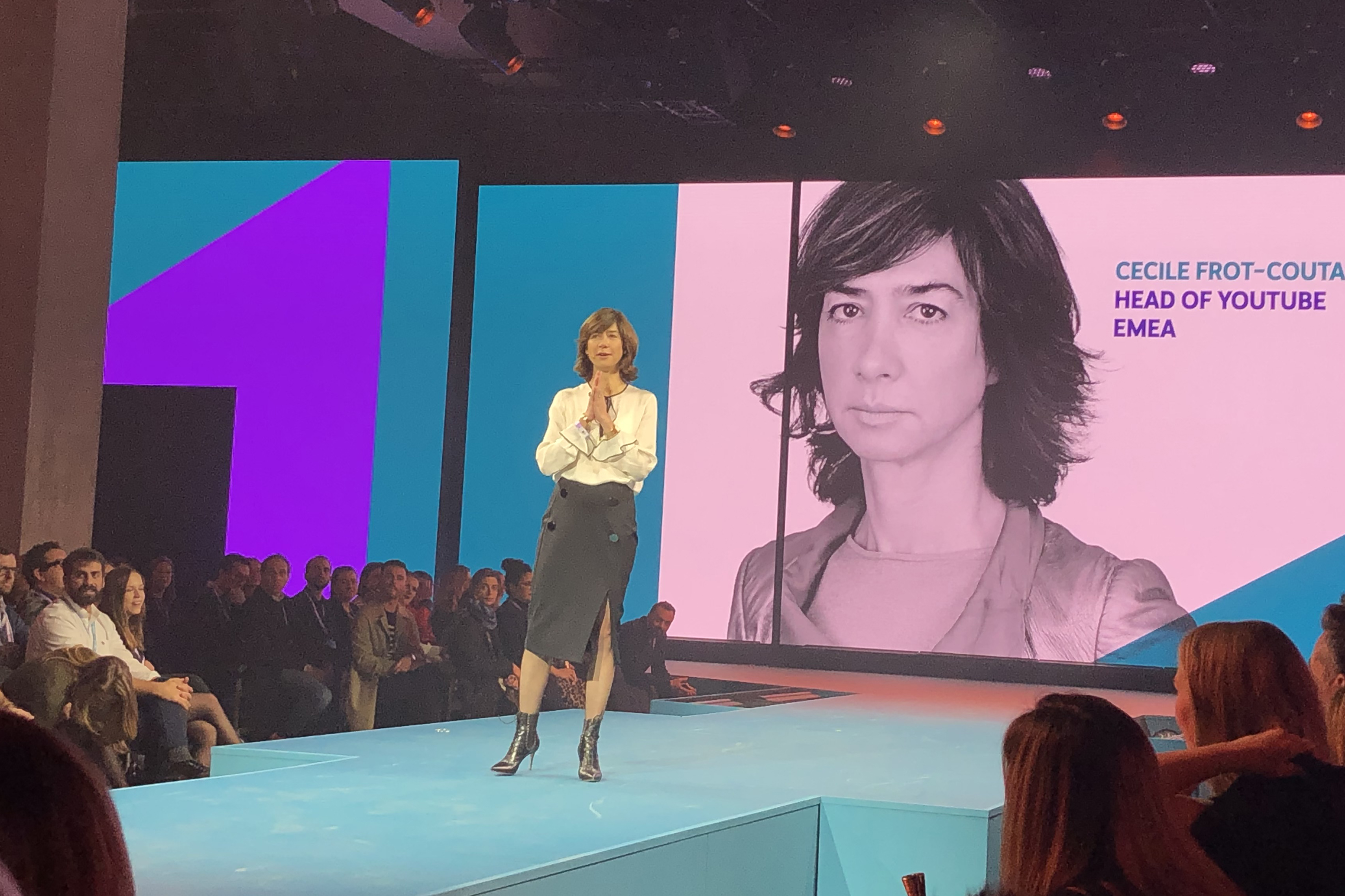 That’s why it has hired Cecile Frot-Coutaz (above), former chief executive of FremantleMedia, as head of EMEA operatinos. Frot-Coutaz told the audience that she has learned in her first five weeks on the job that "YouTube cares deeply about its partnerships".

But if YouTube really wants to improve its partnerships with agencies and advertisers, it will need to be more proactive in spelling out how it will root out unsafe content in the future before the next exposé rears its ugly head.

YouTube to light up London with Brit Awards projections