Seismic changes in the automotive sector should show ad-industry leaders that to exploit opportunity in the face of disruption, they must wake up to change - and fast 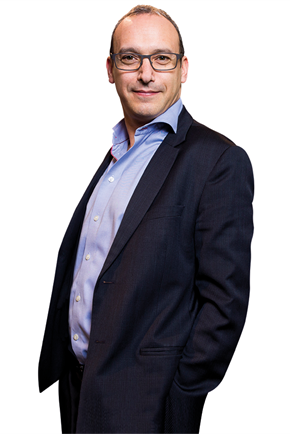 There was a time, not long ago, when people would say: "If you were launching a business in our industry today, you wouldn’t start with what we have now." Everyone would smile, knowingly. No-one is smiling now.

To summarise the current state of advertising, it’s worth considering the similar challenges experienced in the automotive sector. For decades, cars have been produced at scale, with incremental, marginal change, outside the occasional trauma of an emissions scandal. In more recent years, we’ve seen consolidation, globalisation and automation. Enter Elon Musk, and the whole industry is turned upside down. And while all established brands frantically try to play catch-up with Tesla, most miss bigger looming threats from the likes of Uber, HiyaCar and Carwow.

This magnitude of disruption is both invigorating and terrifying in equal measure. Yet most organisations appear powerless to positively lean in to these challenges, let alone exploit the opportunity it presents.

Why? Because change starts with the one person who is least likely to be mentally prepared for it – the leader of the business.

Driving with the brakes on
Most leaders have made personal sacrifices to reach the top, investing themselves in where their business is today. Yet the notion of breaking up what they’ve built is harder than anyone can imagine. Proud, successful leaders will struggle to admit that things aren’t working as well as they did. Neither will they enjoy telling their previously highperforming senior team that its hard work is no longer being acknowledged and rewarded, but rather questioned and undermined.

But whether the severity of disruption is being ignored or belittled, it’s worryingly common for leaders to believe the answer lies in simply running a little faster.

Right now, every leader is being tested in their vision and belief

Increasingly, roles are being created to consider new models and directions for growth, but change, like culture, can’t be wholesale delegated. It has to be driven from the top with a singleminded determination.

Chief executives and business leaders come in all shapes and sizes. Some are high on intellect, others on charisma, but they all need to have a powerful and compelling purpose; one that should reverberate through the business.

Right now, every leader is being tested in their vision and belief: from diversity and pay gaps to eroding margins and company ethics. Too often, lip service is being paid to some of these big decisions, and bad calls will cost the business dearly.

A fundamental change of gear
Too many organisations underestimate the pace and impact of change because they are judged on short-term metrics, which often hide deeper, underlying issues. Leaders have to take a more holistic view, think bigger and act faster. They need to lose the parts of the business they feel nostalgic about and invest in areas they may feel uncomfortable with. If they’re more invested in the company’s past than its future, it’s time to step aside.

Loyalty, relationships and shared values are all important attributes that a leader builds over time, but in this extraordinary environment, they cannot take priority over the ambition to thrive through change.

The opportunity for established businesses to reimagine how a start-up would build its business today is breathtaking. If they take it, we might all start smiling again.

What does bringing your whole self to work mean in practice?

Is the advertising industry doing enough to protect and promote the mental wellbeing of employees?