Nightclubbing in your living room, smarter smartwatches and more cinematic ads are some innovations to look forward to, according to Jamal Edwards.

A lot of people talk about "milliennials" to describe young people today, because we grew up after the millennium – but I describe us as "the DIY generation".

It is more a state of a mind than anything to do with age. Digital technology means we are able to build our own ideas and do things for ourselves.

What I am most excited about for 2016 is using virtual reality, as innovations such as Oculus Rift hit the mainstream. I don’t think VR headsets were on many Christmas present lists in 2015, but they will be this year.

We have already seen the music industry utilise VR to create interesting projects such as Björk’s Stonemilker and Foals’ GoPro campaign, and I have loads of ideas about how we can incorporate the technology on my online music discovery and entertainment platform, SBTV.

I recently tried the Samsung Gear VR Galaxy S6 glasses and was transported to the Pacha nightclub in Ibiza to watch DJ Eats Everything’s set. I could turn my head and look around the whole venue.

VR could disrupt the live music events business because people could have a virtual experience in their front room soon.

The second big trend for 2016 is wearable technology because it hasn’t fulfilled its potential so far.

I have a smartwatch but only use it for phone-call alerts. I’m still waiting for the smartwatch that has a hologram that "pops up" and then a YouTube video appears in the air above your watch. It will be a few years away but I think it’s possible.

As the technology improves and becomes more widely available, brands and agencies will have more freedom to be creative in this area.

The DIY generation crave immersive experiences, which brings us on to the third trend for 2016: millennials still want to watch content on the big screen because mobile hasn’t killed TV or desktop computers.

We have got to make everything mobile-first and mobile-friendly, of course. I have been able to film a video, edit and upload it straight away on my iPhone for years, and the quality has got so much better than when I was first doing it five or six years ago with artists such as Jessie J.

But I don’t always want to watch vertical videos that you get on a mobile phone. The aspect is ruined and you get those black bars on the sides of the screen.

Visually stunning content with great stories looks better on a big screen. The TV series we watch every night, such as Breaking Bad or Person Of Interest, are better than films. A lot of millennials do watch on-demand video and boxsets but, if something’s worth watching on live TV such as the new series of Luther, people will still watch it. There were 18,000 Tweets about Luther and it was a trending topic on Twitter before it even went out.

The fourth trend is the rise of cinematic video content in advertising. For me, this is where brands are getting it right. In a world obsessed by Netflix and on-demand at our fingertips, advertisers are creating a cinematic experience to compare with high-end TV and keep us entertained.

Strong narrative is something I champion on SBTV. Everyone has a story to tell and great stories make great content, and we have many brands approaching us these days, wanting us to create visual branded content that will get hundreds of thousands of views.

The secret is to focus on the story. Brands should make more films like one of my favourite ads of last year, David Beckham and Kevin Hart’s Modern Essentials spot for H&M. They did a great 30-second trailer that drew you in, but the full seven-minute ad was better. It made you feel like you were watching a movie.

Yes, they had big names that drive clicks, but what keeps you watching is the cinematic experience and strong story. You don’t really feel like you’re watching an ad, but you keep the brand in mind.

This brings me to a fifth trend: collaboration and partnerships. When I look at why Zoo and Nuts closed, it wasn’t just about them being too late to go online. They should have collaborated with websites such as The Lad Bible and UniLad, which are now heavily competing with lads’ mags in the online space.

TV broadcasters and newspapers without a strong online presence should consider collaboration and partnerships with online sites if they want to thrive.

A sixth trend is that millennials are ready to try new experiences and new talent – not just stick to well-known stars and celebrities.

SBTV curated a campaign with STA Travel where we found up-and-coming artists from around the world. We found that these grassroots artists people hadn’t heard of resonated a lot with our audience. The DIY generation want to see people who are doing it for themselves.

In terms of how people consume music and video, streaming and vlogging are only going to get bigger. I am starting to use Apple Music’s Beats 1 radio (I like a British presenter called Julie Adenuga), but Adele showed with her new album, 25, that fans will still buy downloads when the big albums are not available to stream.

When I look at what platforms matter, the top three are still YouTube, Facebook and Twitter. Instagram and Snapchat are becoming interesting for video and Periscope is going to become more important as people will not just live-stream but also watch recordings of those streams.

Social media is driving the rise of memes and GIFs; there’s an amazing app called Giphy that I think will be huge. Memes are a phenomenon that every marketer is praying will happen for their brand, but the reality is that success is impossible to predict.

I was impressed by the meme campaign to promote the movie Straight Outta Compton. The idea – digging out an old photo and posting "straight outta" and adding the name of your hometown – worked because it was simple and genuinely fun. It captured Twitter’s attention and evolved, as  all great memes do, because it felt  organic and not the result of someone sitting in a boardroom, coming up with the idea. 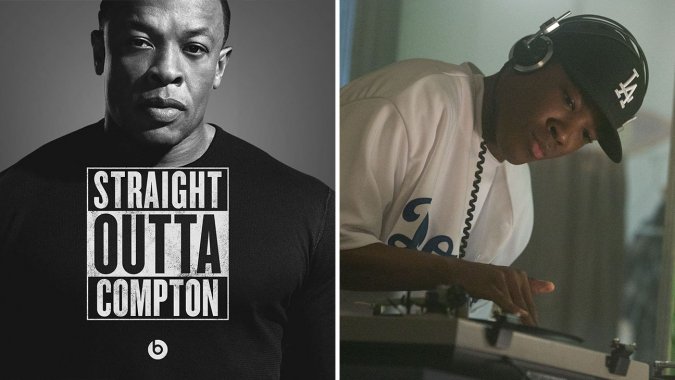 The DIY generation want authenticity in 2016.

Jamal Edwards is the founder of SBTV

The year ahead for marketing

The year ahead for cultural trends

The year ahead for advertising agencies

The year ahead for creativity

The year ahead for planning

The year ahead for magazines

The year ahead for technology