Yahoo has carried out a major restructure of its European marketing department and parted with its two most senior marketers in the region.

James Tipple, vice-president for marketing at Yahoo EMEA, and Andrew Cocker, marketing director for EMEA, have both left the company. It is not known whether they have jobs to go to.

Robert Bridge, former business-to-business marketing director for EMEA, has been promoted to the role of senior director and head of marketing for the region.

Bridge will be in charge of all marketing communications in his new role. Cocker is not being replaced.

Bridge, who is based in Switzerland, will report  to Rich Riley, senior vice-president and managing director of Yahoo.

The upheaval follows the high-profile sacking of Yahoo's chief executive, Carol Bartz, last year. The company has decentralised its global marketing function to its main regional offices of America, EMEA and Asia-Pacific, as it aims to respond more quickly to changing market conditions.

It has now axed the global chief marketing officer role, previously held by Elisa Steele, who was behind the ill-fated 'It's You' campaign. Steele left the company in December.

Bridge said Yahoo's marketing strategy will be based on "fewer and bigger ways" of engaging consumers, such as content, editorial and product launches, including social news service LiveStand.

He said: "We are focusing our marketing efforts to ensure our consumers and advertisers realise the benefit of products that bridge the gap between digital content and digital advertising."

It is also plotting activity around the London 2012 Olympics, Euro 2012 and its partnerships with football's Barclays Premier League and the League Managers' Association. 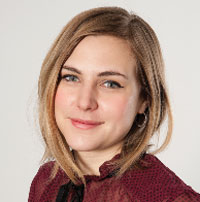 After a tumultuous period, it must ensure consumers know exactly what it stands for if they are to reappraise their perceptions of the brand.

Yahoo!'s Robert Bridge on strengthening the business after a tumultuous year

Yahoo's chairman and three directors quit the board in overhaul

Yahoo's content strategy: 'We have to prove our credibility'