Y&R has reunited a trio of industry stalwarts, all once of Leo Burnett, in the hope that the proven chemistry between them will bring about a reversal of fortune at the agency.

But the low-level buzz might also have something to do with the chemistry between the agency’s newish management team: Jon Burley, Katie Lee and Paul Lawson (pictured above, left to right), who have been reunited after eight years apart, having previously run Leo Burnett London.

One might think it would be a bit difficult for the management of Y&R London to laugh – let alone force a smile – given the lacklustre performance of their charge, and not just recently, either, but over a troublingly long period of time.

The agency scored a four ("below average") in this year’s Campaign School Reports, which, although an improvement on previous years (three and "poor" in 2017, and two and "a year to forget" in 2016), is hardly cause for much joviality. Yet the trio is all unforced hearty laughter, knowing jokes and ribald humour. The only way is up – isn’t it?

That’s not to say that as a group they are not aware of the challenges that lie ahead, as Burley candidly admits: "No-one would deny Y&R has had a tumultuous seven years." Indeed, it was only two years ago that rumours were circulating that the agency, then known as Rainey Kelly Campbell Roalfe/Y&R, was to be put out of its misery and merged with another WPP shop, having sustained a series of account losses. This didn’t come to pass, although the shop now languishes at 16th place in the Nielsen agency rankings.

Instead of axing the brand, under Y&R global president David Patton, it was renamed Y&R London, dropping its links to, and baggage left over from, its founders. A presumably expensive new management team was assembled in order to give it back some verve – a team that now sits on a dated sofa in its tatty offices. 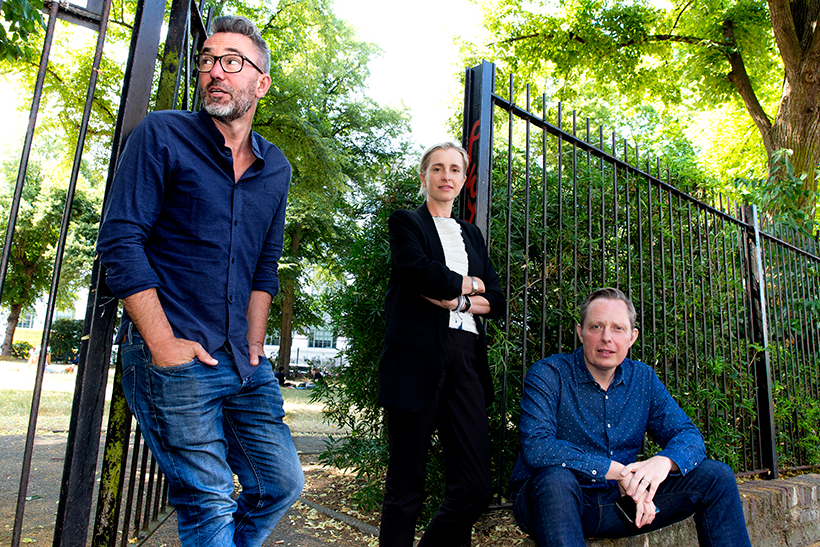 Why should anyone care? After all, Y&R London has slowly been slipping down both the rankings table and relevancy slope for most of the past decade. The glory days of its founders and their successors, James Murphy, David Golding and Ben Priest, and award-winning work for Land Rover, the BBC and Marks & Spencer look very distant now.

Equally, its management team has been in a state of flux for years and, with all due respect, Lawson, Burley and Lee are hardly young Turks. Well, this is a story of risk; of attempting to bring an agency back from the brink. But, most of all, it is a story about whether personal chemistry can help achieve professional redemption.

"Getting the band back together" is the familiar trope in such matters and it’s clear that the three enjoy each other’s company, which is a start for any successful business. But how did the band reform (chief creative officer Burley was the first to arrive in 2016 from CHI & Partners)? What do they hope to achieve, beyond the badinage, and how realistic is this?

"The idea first came to David Patton and the headhunters," Lawson explains. "He was keen on getting the right individuals who had worked extensively together." So Lawson followed, while his predecessor, Jon Sharpe, was shunted to VML; the final piece of the jigsaw, managing director Lee, fell into place in July this year.

While Burley and Lawson had been in their previous jobs for some time, Lee’s career has been rather more peripatetic. She joined from Sunshine after just one year as managing director, having spent only slightly longer at Gravity Road. Her time working at founder-led companies does not appear to have been an entirely happy one. 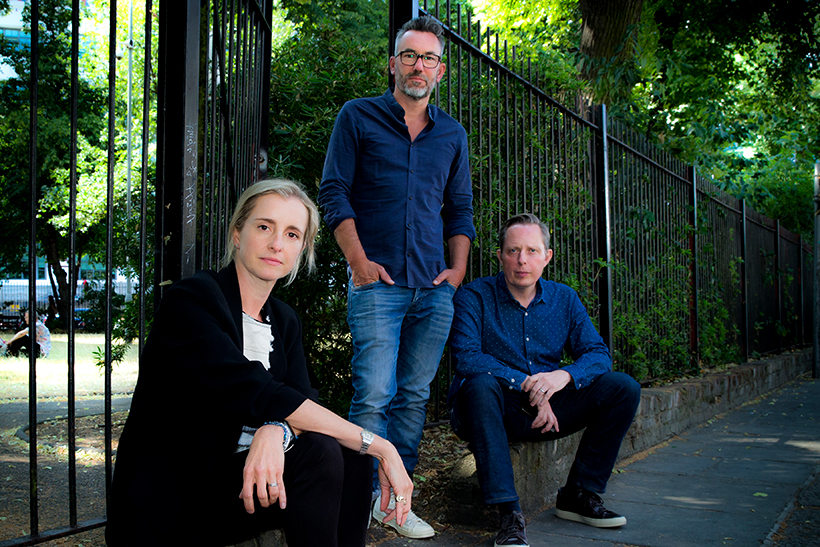 "There’s a difficulty within founder-led companies," she says. "When you’re in a founder-led company, all you can do is clear up in their wake." Then, remembering herself, she adds: "Also I realised that this was my chance to do that start-up thing."

Ah yes, a "start-up" within an agency that was responsible for spawning the most successful start-up of all in Adam&Eve (and then Joint) is a new approach for Y&R. Hitherto, it has mostly promoted from within – with varying degrees of success. It might be more convincing if the three had risked their own money rather than simply their reputations on the venture.

Burley sees the reconvening as "unfinished business" but not the recreation of what they had at Leo Burnett, which, while an interesting enough agency, never troubled the top tier.

"This isn’t about going back into past behaviours – the way we need to work has changed completely," Lee says. Instead, she adds, this is about the personal chemistry between them (which is undoubtedly strong) and their shared worldview and agenda.

"The next few years are going to be fucking hard," Lee says. "You therefore have a group of people who look after each other."

So they’re all agreed that it’s going to be hard work, and possibly fucking hard work. While Y&R London’s new-business effort so far is a bit limp (and that will be the focus of much of Lee’s role), creatively the agency also seems a bit off the mark. Its debut work for the Department for Transport’s "THINK!" campaign marked a change of strategic tack, but it still has some way to go to match the brilliant work, such as "Pink kittens", which came from Abbott Mead Vickers BBDO. There seems to be precious little in between. 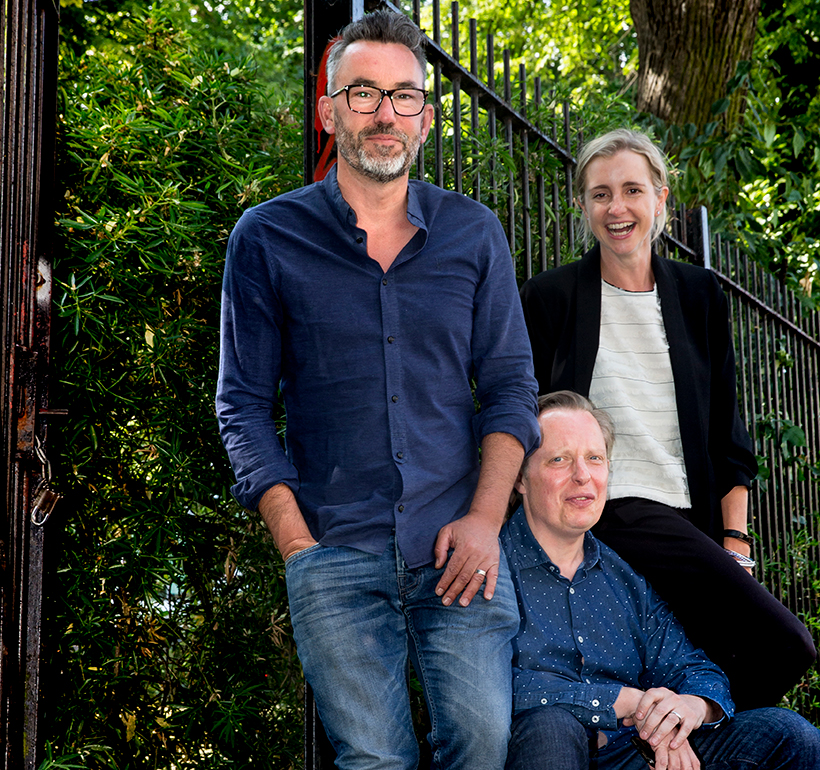 The groundwork has been laid for this creative revival, Burley counters. "The DNA of this place [Y&R London] is craft, so we can do that. Everyone wants to come up with original and creative thinking. But we’ve given ourselves this lodestar to remind us why we exist."

This guiding star, Lawson adds, is to "resist the usual". "This means stopping the usual answers," he insists. "Business as usual is a very dangerous place to be for modern brands because things didn’t happen in the past at the speed of light. Where are you going to find your new usual? Our whole piece is that we are always thinking of how we are going to challenge the commerciality of the game."

So can the trio pull it off and make Y&R London relevant – let alone an exciting powerhouse – again? While they have the strength of personality, the character and the personal chemistry, the agency’s impending move to a new office will show whether the buzz is ephemeral background noise or not.

They need no reminding that turning around Y&R London is a big task. The three appear to have devised a strategy and assembled a creative department equipped to do so. It would be nice to see this happen. After all, everyone, and most notably this cheerful bunch, loves a happy ending.

Jon Sharpe leaving VMLY&R is unsatisfactory all round

View from a garden: Where have all the proles gone?

Y&R poaches Iris' Sophie Lewis to be CSO in reboot

Campaign podcast: Y&R London's Burley and Lawson on chemistry and reviving an agency