The brand took a bet on nostalgia, but wound up entertaining people of all ages, according to Ace Metrix.

Super Bowl LI is less than four weeks away, and anticipation is building for football fans and ad aficionados alike. Not content to wait for the big game, one global brand has already unveiled a spot that riffs on a 1977 Super Bowl classic. "Much has changed since our original Brother Dominic ad years ago, but the world's need to share information has endured," said Xerox on Twitter last week.

The new Brother Dominic, via Young & Rubicam NY (the original was made by Needham, Harper & Steers), coincides with the launch of Xerox's new "Set the Page Free" platform. Airing on television in 30- and 60-second versions, the commercial ends with the same line of dialogue as the original, "It's a miracle." But in the earlier version, Brother Dominic needed just 500 copies of his document. In today's world, his task has evolved to making 500 copies, translating it into 35 languages, and sharing it digitally around the globe.

In Ace Metrix testing, the 60-second version was found entertaining by viewers of all ages, not just those old enough to recall our first encounter with Brother Dominic. In fact, among 21- to 35-year-olds, the ad scored 8 percent and 12 percent above the Technology norms for Attention and Likeability.

In the Ad Personality graphic below, we see the high Breakthrough capacity of the ad, as well as its power to change brand perception. B2B ads generally veer more toward the Communication and Product dimensions, making them less memorable to the average viewer than this well-liked spot. But viewer reaction to "Brother Dominic" suggests Xerox is well on its way to updating its image among those who still think of it as a maker of simple photocopiers. 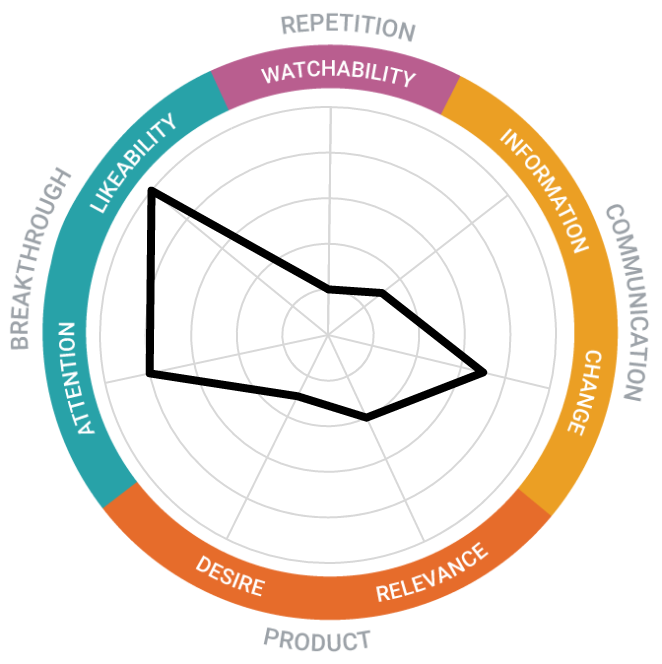 Further testament to the ad's ability to resonate with younger viewers: Only three people referenced the 1977 ad in their comments, and all were men over 50. Comments from younger viewers were focused on enjoyment of seemingly older themes combined with modern ideals. They also indicate an appreciation of the use of technology to break down barriers.

Data has proven time and time again that emotionally evocative ads, whether heartwarming or inspirational or humorous, are the best at grabbing viewer attention, being persuasive and influencing in-market behavior. The emotional word cloud below, based on the frequency of emotive words used in viewer comments, indicates that viewers found the ad quite humorous. 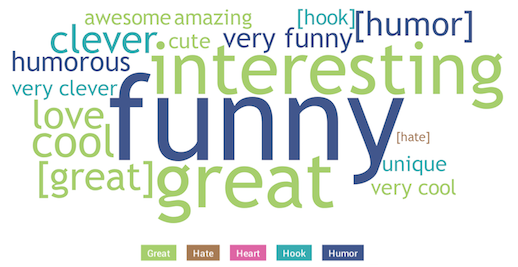 These comments exemplify how the humor of the ad worked to convey the brand's message:

Making an enjoyable and memorable B2B ad may not be a miracle, but Brother Dominic's feat tells a great story and transforms the Xerox image. It's an excellent start to both the year and the "Set the Page Free" campaign.

Fox rejects 84 Lumber's Super Bowl script because it's 'too political'