The X Factor has suffered a 40 per cent drop in the programme's related tweets, year on year.

The 37.9 per cent fall in The X Factor related tweets, according to a study, reflects a drop in TV audience figures, which were down 8.3 per cent year-on-year for the The X Factor 2013 series. 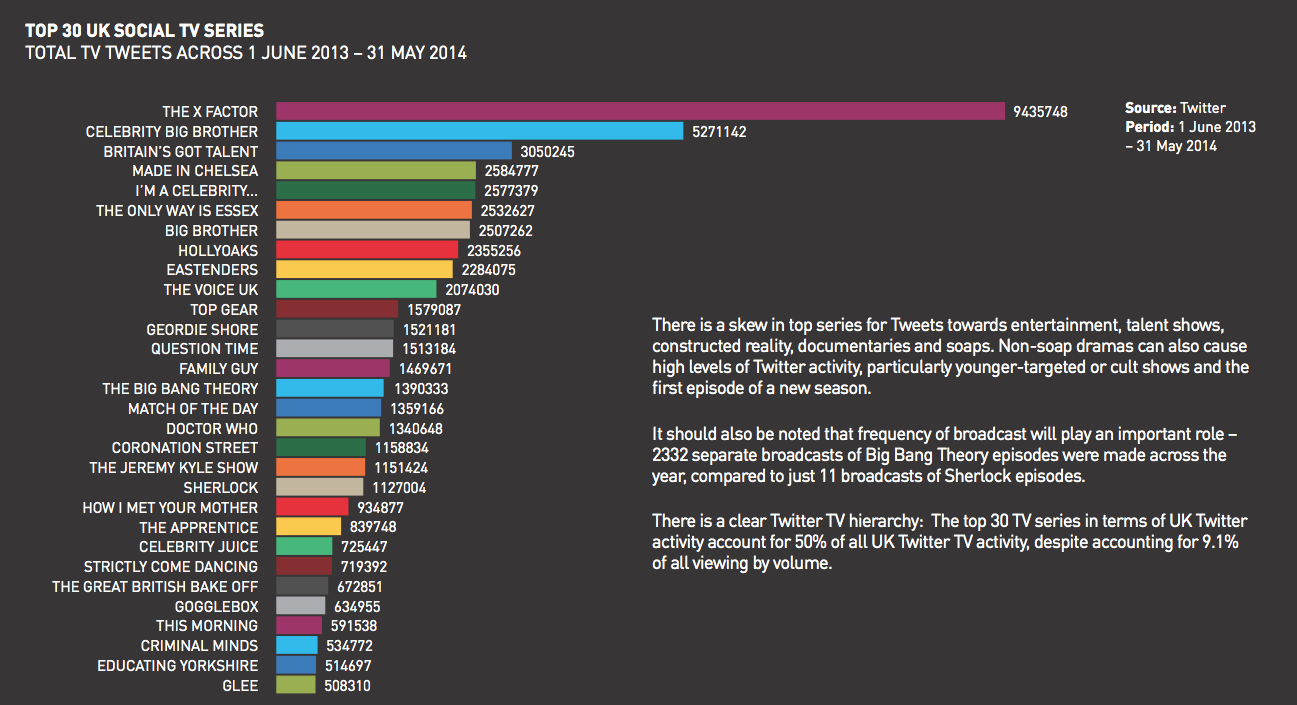 The 'Year in the Life of TV and Twitter in the UK' study by Kantar Media attempts to correlate Twitter volume with TV audiences and examines whether there are causal effects.

The report found that while the volume of pre-show Twitter activity can work towards increasing the starting audience for some TV shows it is impossible to isolate it as the only factor.

However, the study also looks at uplift during shows and compared minute-by-minute viewing figures with Twitter volume. An episode of Masterchef is highlighted and demonstrates a small uplift, which appears to grow as the programme progresses. 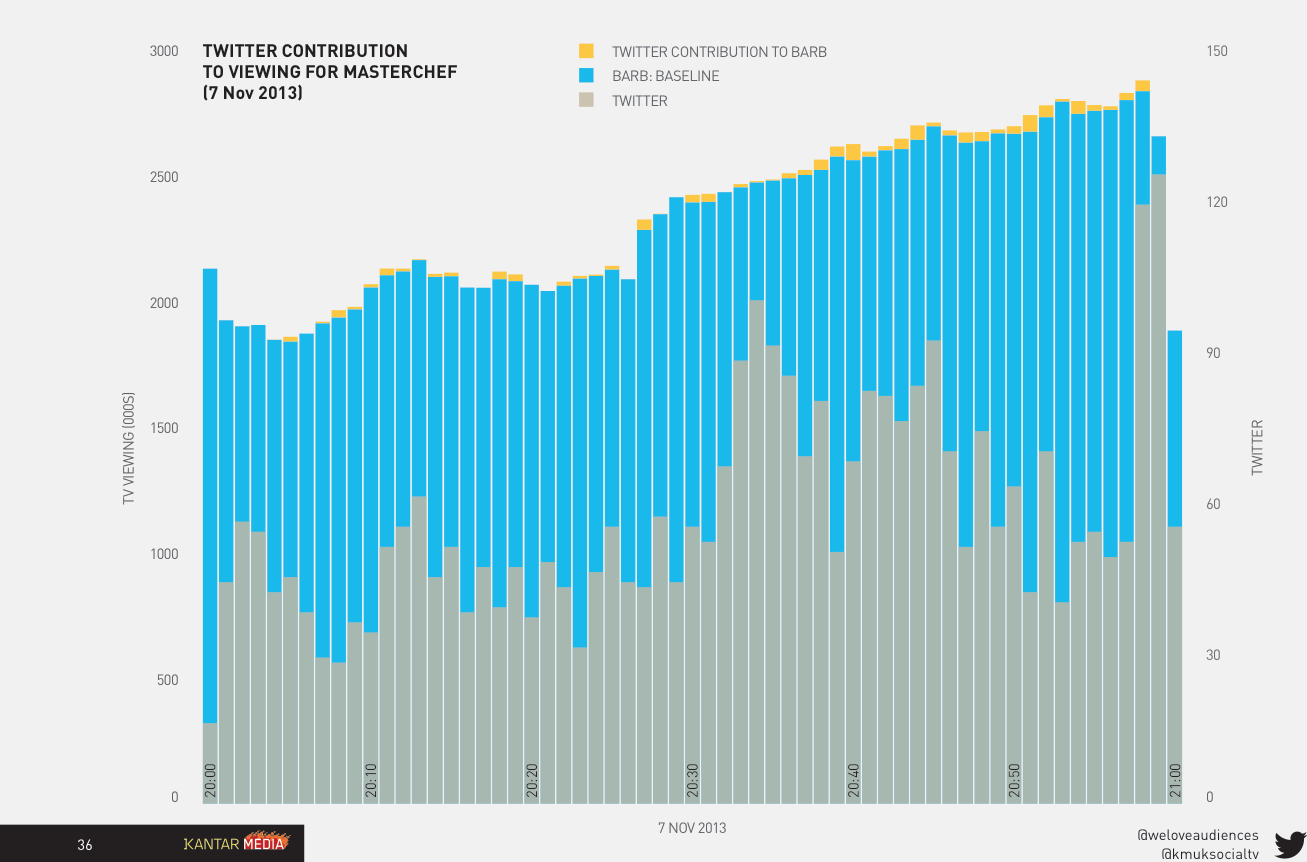 The causation analysis was carried out by Mindshare UK, using The Granger Causation Methodology - a technique used to test for causal relationships between two datasets.

Twelve out of the top 15 most-tweeted about broadcasts were live events, mainly TV series finales or openers. Sports events were not included in the data.

The report also reveals some programmes' Twitter activity is disproportionately large when compared to their viewing levels. These include Skins, Top Boy, Game of Thrones and 90210.