Standard, it is not. In Johannes Leonardo film for adidas Originals "ORIGINAL is never finished," men swing upside down like bats in one scene, and women swing baseball bats in the next. The 90-second homage to street culture is set to a soundtrack of Frank Sinatra singing the Paul Anka-written "My Way." It features a diverse cast of characters from Vogue photographer and "Transparent" actress Petra Collins to French professional skater Lucas Puig to NBA legend Kareem Abdul-Jabbar.

Alegra O'Hare, VP of global communications for the Originals and Core brands, said the third film in the "Strikethrough" campaign focuses inward at the brand, whereas the past two spots, 2016’s "Future" and 2015’s "Superstar," looked outward at the cultural landscape.

But what does Snoop Dogg have to do with L.A. Lakers player Brandon Ingram? And why are all those men standing on their heads? Verderi insists that these figures are not random but carefully placed in a film that focuses on what he calls "collective memories." And there are countless of them in the spot. Read on to see if you caught them all.

"The Birth of Venus"
Perhaps the most obvious collective memory is Collins’ recreation of Sandro Botticelli’s "The Birth of Venus." Not many people have seen the painting at the Uffizi in Florence, Verderi said, but everyone knows it, even though it precedes us in time. In one scene, Collins snaps a semi-nude selfie and almost immediately, Botticelli’s masterpiece appears in her place. "We wanted to create the ultimate clash between past and future," he said. "That scene is the best example of it." 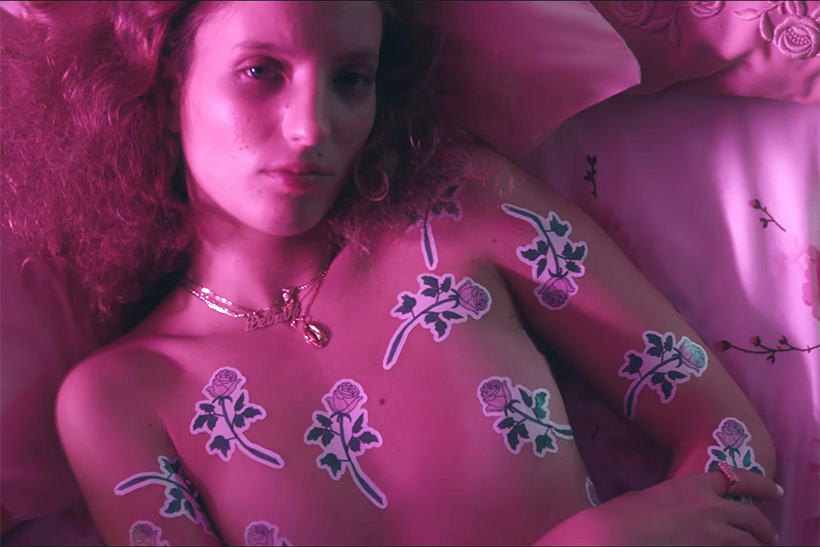 "Lucas and The Gonz"
In another scene, American skateboarder Gonz takes to the streets juxtaposed with French skater Puig. The effect is a connection between past legends and the next generation.

"Mirrors"
Singer Dev Hynes (aka Blood Orange), who’s danced with ballet star Maria Kochetkova in his past music videos, gives a nod to his own choreography by reflecting in a series of mirrors. Singer Mabel, Detroit-born rapper DeJ Loaf and English grime and hip-hop artist Stormzy also make appearances in the film, but don’t blink, or you’ll miss them.

"Sneakerheads"
While a lot of the film gears toward the avant garde, one scene is flat-out weird unless you know the back story. A group of women, wearing masks, approach the camera looking for a fight. Who are they? Do they represent modern tribalism? Nope. It’s simply a creative way to show the product. The masks are made from deconstructed adidas Originals NMDs.

How Nike will fend off Under Armour and Adidas in digital