WPP's share price at closing was 2% down from the prior day's closing price.

On opening, WPP's share price was trading more than 3% down due to the investigation into chief executive Sir Martin Sorrell.

WPP's shares have taken a hammering in the past year and the company has lost 27% of its value due to lower spending by top advertisers including Procter & Gamble and Unilever, reported the Financial Times. 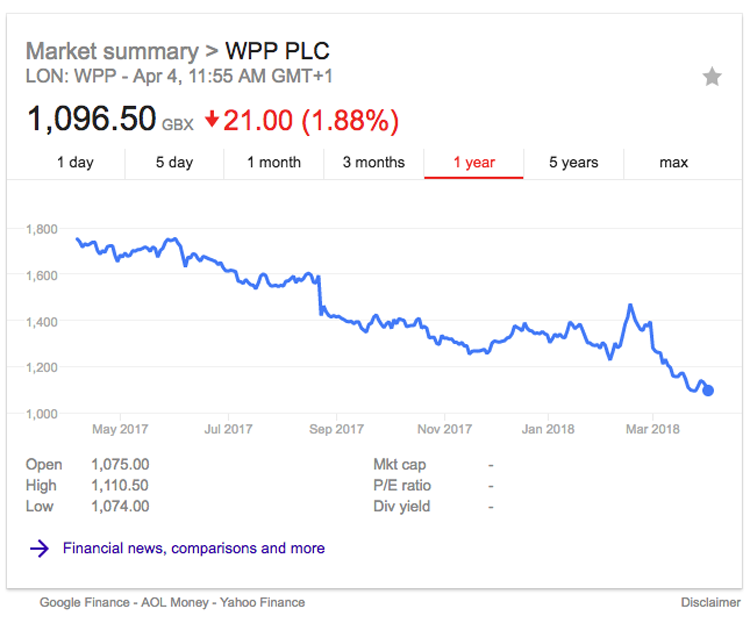 In March, WPP downgraded its long-term earnings growth target, a move which sent its shares down as much as 14%.

Sorrell acknowledged to Campaign at the time that the group was restructuring "most aggressively" than ever before to simplify its operations and save money.

In the past year, the group has merged media agencies Maxus and MEC to form new entity Wavemaker; created a new agency network, Superunion, out of Brand Union, The Partners, Lambie-Nairn, Addison and VBAT.9; merged Possible with Wunderman; and combined four of Kantar's brands under one consultancy.

At JWT, the Gustavo Martinez lawsuit passes the two year mark, with no end in sight