WPP is to quit its London headquarters in Farm Street after more than 30 years as it seeks "a more modern and attractive office".

WPP’s decision to stop leasing the mews house in a side street in Mayfair, one of the swishest districts in London, marks a decisive break with the Sir Martin Sorrell era, following his abrupt exit as chief executive in April.

Sorrell took control of the address at 27 Farm Street, which had previously been J Walter Thompson's European headquarters, following his acquisition of the agency in 1987  – a year after he became chief executive of WPP and two years after his reverse takeover of Wire & Plastic Products in Kent.

He kept Farm Street as the head office, even as WPP grew from virtually nothing into a FTSE 100 giant with annual turnover of £15bn and 130,000 staff around the world by the time he left.

Mark Read and Andrew Scott, the joint chief operating officers of WPP, who have each spent the best part of 20 years working in Farm Street during their careers, have told staff that they feel the company needs a new home.

They plan to move WPP's head office temporarily to Sea Containers, the recently refurbished home of its agencies Ogilvy and Wavemaker, on the South Bank of the River Thames.

"As WPP evolves, so does the role of the parent company," Read and Scott explained in a memo.

"We are reviewing our working environment to make it fit for purpose and ready for our new requirements and, specifically, to create a more modern and attractive office that is better suited to more collaborative ways of working."

Read, a frontrunner to succeed Sorrell as chief executive, and Scott added that an office move would help WPP to "become more client-focused and operate more efficiently and effectively".

HQ move is 'part of a new broom sweeping'

Lorna Tilbian, the former head of media at investment bank Numis Securities, who has followed WPP’s fortunes since Sorrell launched the business, described the company’s departure from Farm Street as "significant".

Tilbian, who is now a non-executive director of M&C Saatchi, suggested WPP's new leadership team wants to distance itself physically from the Sorrell era. "It is part of a new broom sweeping," she said.

Sorrell liked the modest building on Farm Street and its warren of low-ceilinged rooms because it sent out a message that the holding company was prudent and did not have a lot of overheads.

"He was very keen that the holding company was adding value from the centre," Tilbian said. "He felt moving into more palatial offices from a mews house wouldn’t give the right impression."

The WPP chief executive would regularly summon agency leaders to Farm Street to examine budgets, discuss strategy and plot M&A, when he wasn’t travelling the globe.

The Mayfair location also made it easy for Sorrell to go out to meet clients and contacts, according to Tilbian.

She recalled how he could be found power-breakfasting at his favoured table at The Connaught practically every morning during the 1980s, when he was buying up big agencies such as J Walter Thompson and Ogilvy & Mather.

Read and Scott will consult staff in Farm Street during September, ahead of the planned move.

They will also be "evaluating" a number of other WPP locations, including Westbourne Terrace in west London, where some parent company staff are also based. 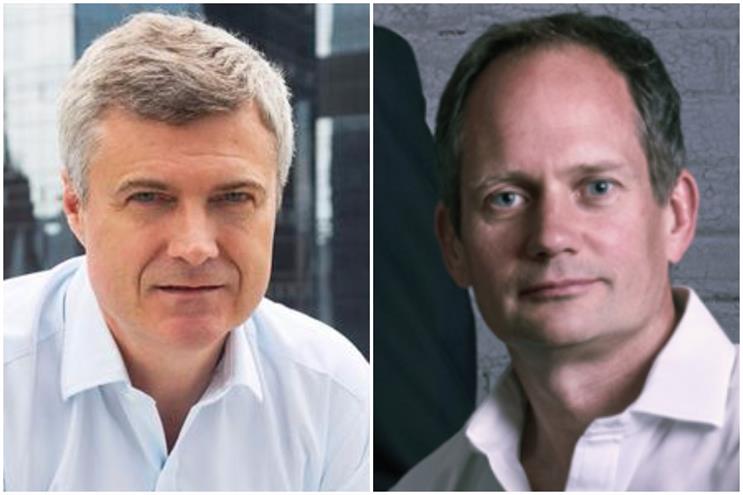 Read and Scott (pictured, above) say the "longer-term ambition" is for all the parent company staff to be in one location but it isn’t "feasible" in the short term.

WPP’s executive chairman, Roberto Quarta, is still looking for Sorrell’s successor and an announcement is expected by 4 September when the group reports half-year results.

Sorrell’s departure from WPP was acrimonious and followed a board investigation into allegations of personal misconduct, which he denied.

Subsequently there were claims in the Financial Times that he sometimes bullied staff and that there was a "toxic environment" in Farm Street. Sorrell did not comment on the allegations and insisted he would adhere to a non-disclosure agreement that was made when he left.

WPP's Read: We're focusing on collaboration, rather than 'collapsing' agency brands and restructuring

'The elephant in the room': Absent Sorrell inspires anger and affection at WPP