Unilever has created an 18 carat gold-plated jar of Marmite worth £1,500, which will be the top prize in an augmented reality treasure hunt competition.

The brand has teamed up with AR treasure hunt app Snatch, which it bought a stake in this time last year, to launch the free-to-play smartphone game.

Participants can download and use Snatch to hunt for Marmite icons on a map. Upon finding an icon, a mini-game is launched, with a virtual Marmite jar erupting from the floor on a plinth.

The player is asked whether they were "born a lover" or "born a hater". Upon answering, they will be awarded a randomly selected prize, which could be a personalised jar of Marmite or the single edition golden jar itself.

The jar, which has been dipped in 18-carat gold and features engraved branding, was valued at £1,500 by Boningtons Auction House.

For Marmite obsessives not lucky enough to win, a limited edition jar with an 18-carat gold lid can be bought made-to-order for £145 at social.marmite.co.uk. It was developed in conjunction with the Engravers Guild of London. 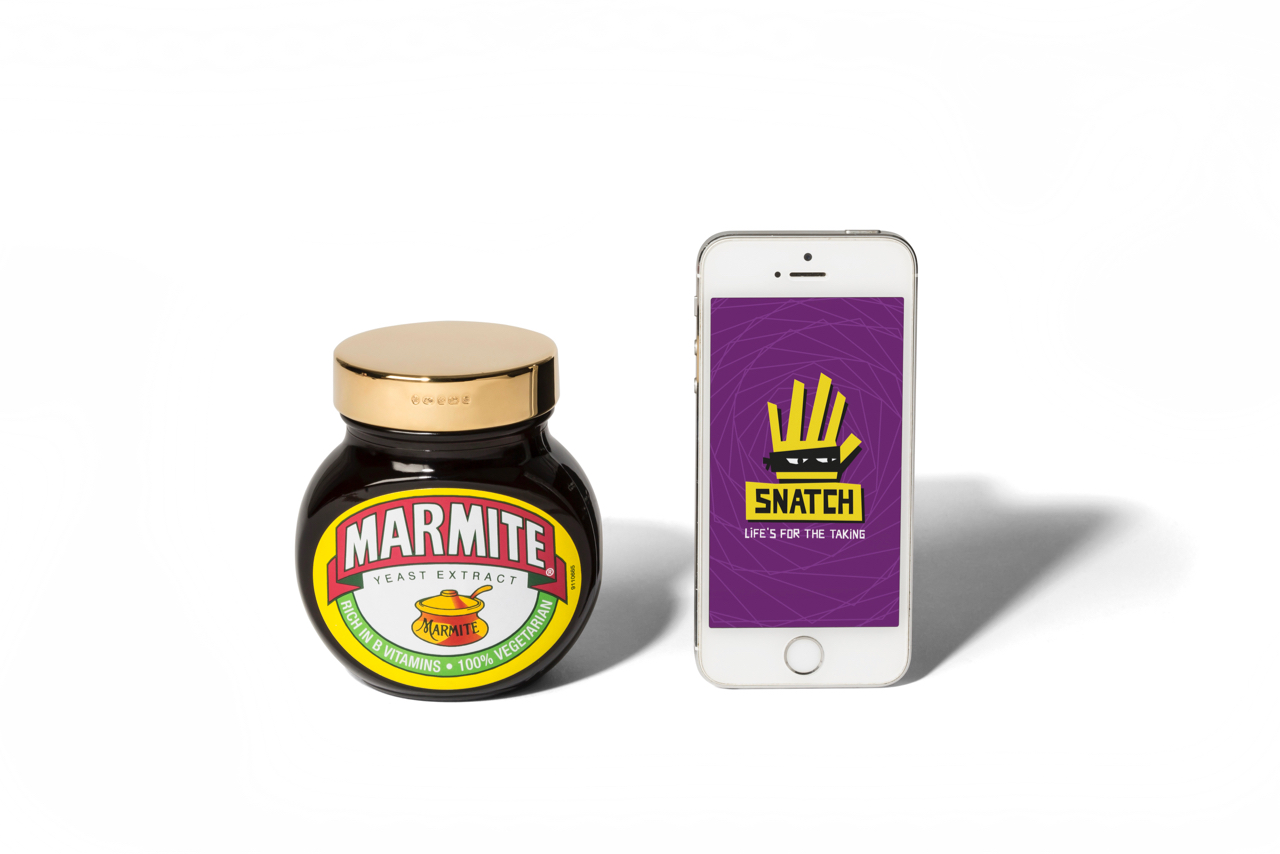 Kate Taylor Tett, Snatch’s head of UK marketing, said: "AR provides a new way to interact with consumers. The immersive tech draws players in with a heightened level of interactivity which was previously unavailable to phones – it is a great way for brands to increase their engagement with potential customers."

The competition, which runs from today until the end of the week, is part of Marmite’s "Gene project" campaign.

Adwatch: Love Marmite but on the fence about its latest campaign

Pick of the week: Marmite gene project will get lovers and haters talking

Is the latest Marmite wheeze to everyone's taste?