Richard Simkins, the innovations director at Talon Outdoor, explains how the World Cup showed investing exclusively in social networking may be a strategy of diminishing returns.

Big sports tournaments provide great opportunities for brands to engage consumers with impressive creative and this World Cup was no different.

Whilst much has been made of this year’s tournament being "the most social event in history" – a moniker that will inevitably be bestowed on every forthcoming major sports event – in truth each one is usually just more social than the one before.

With the focus on digital, "traditional" media was expected to deliver "business as usual" execution, but frankly, the out-of-home sector got well beyond the group stages. Many brands’ tactical executions demonstrate just how nimble and impactful the sector now is and how powerful it can be when combined in an integrated strategy. 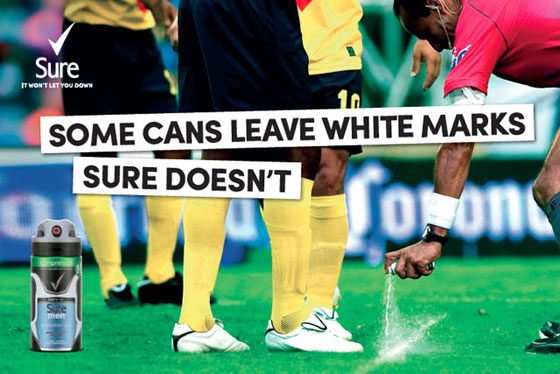 The World Cup’s Brazil location provided plenty of inspiration, not least of all in the official anthem being sponsored by Activia. Also capturing the nation’s interest was the referee’s white spray; while this is in common usage in other football territories, it has novelty value in the UK, prompting an ad by deodorant brand, Sure.

England’s premature exit from the competition at the group stages also put wind beneath the wings of some advertisers, not least of all easyJet. The Irish gaming company, Paddy Power also joined the party with a jibe about making it through baggage reclaim straight off the back of their high profile "traitor Tony" OOH execution that followed England’s defeat to Italy, (delivered with Crispin Porter & Bogusky).

Much of the tactical advertising during the opening weeks was fairly light-hearted but the darker side of the tournament was highlighted. Two YouTube videos, created by JWT London for the National Centre for Domestic Violence and by BMB for anti-abuse charity Tender, raised the issue of domestic abuse following England football matches and the staggering 25 per cent increase in violence against women following games. 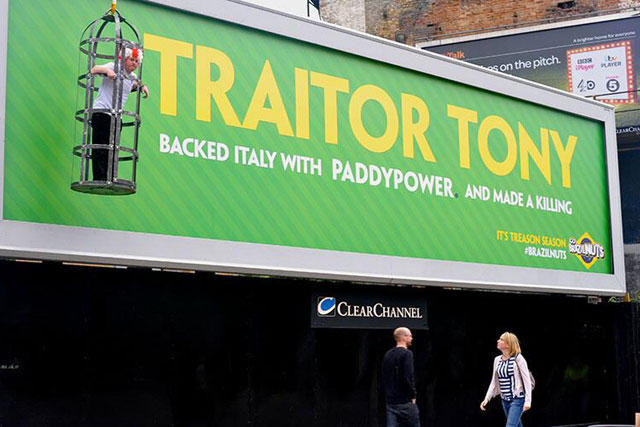 One of the biggest stories to emerge was courtesy of Suarez’s inability to keep his teeth to himself for a third time in his career. A number of brands used this opportunity to biting effect with Snickers, Specsavers and Nandos, Aldi, Paddy Power and Bud Light, all running light-hearted creatives off the back of the story.

Arguably, Specsavers enjoyed the most immediate success, working with Manning Gottlieb OMD, to develop the Chiellini versus Cannelloni creative, which was retweeted 13,000 times within an hour. 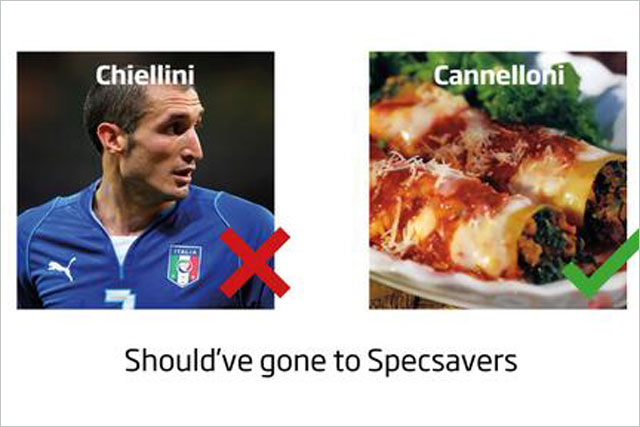 Off the field, one of the biggest battles has been between apparel behemoths, Adidas and Nike. As one of the official tournament sponsors, Adidas has enjoyed some great traction; not least of all its official Ball Twitter account securing over three million followers.

On the flip side, Nike has, seemingly, crashed Adidas’ party. Nike’s "winner stays" ad has been viewed 82 million times on YouTube, with all three "risk everything" films totalling 372 million views. Nike’s brand’s presence has been so extensive nearly a third of people in the UK and US and more than 40 per cent of people in Brazil believe, wrongly, that Nike is an official sponsor. Ouch. 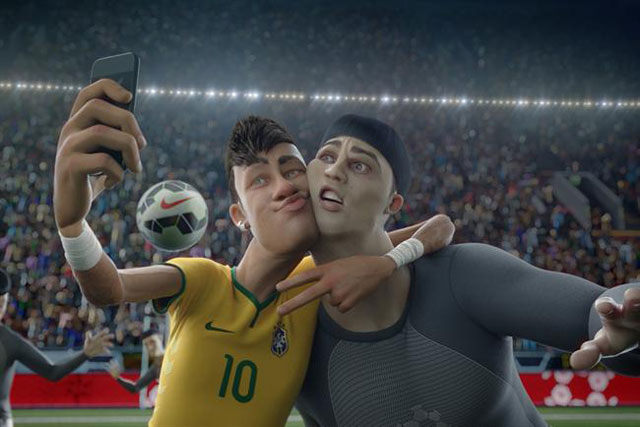 Taking an industry-wide view, any major sporting event has a positive impact; traditionally this time of year is buoyant and the World Cup has added to this extensively. Predictably, those directly involved in the tournament had tied down premium sites and slots across all platforms, but where digital has put air in the tyres – not just in social media but in digital OOH – is in tactical executions.

One interesting observation that arose during the tournament is that investing exclusively in social networking may be a strategy of diminishing returns. Twitter, especially, is becoming very crowded with both proactive and reactive creative, so achieving cut-through is more challenging and success could require ever increasing levels of investment.

The actual truth of this remains to be seen but, in the meantime, it would appear that the tournament brand winners are the ones who stuck with a multi-media approach.

The first data World Cup: Why we knew Mario Balotelli would trend

How can brands help to ease Brazil's post-World Cup hangover?

Lionel Messi was 'the most talked-about footballer' on social media