To mark International Women's Day, the Campaign editorial team choose the women in the industry they find inspirational. They outline their choices below: 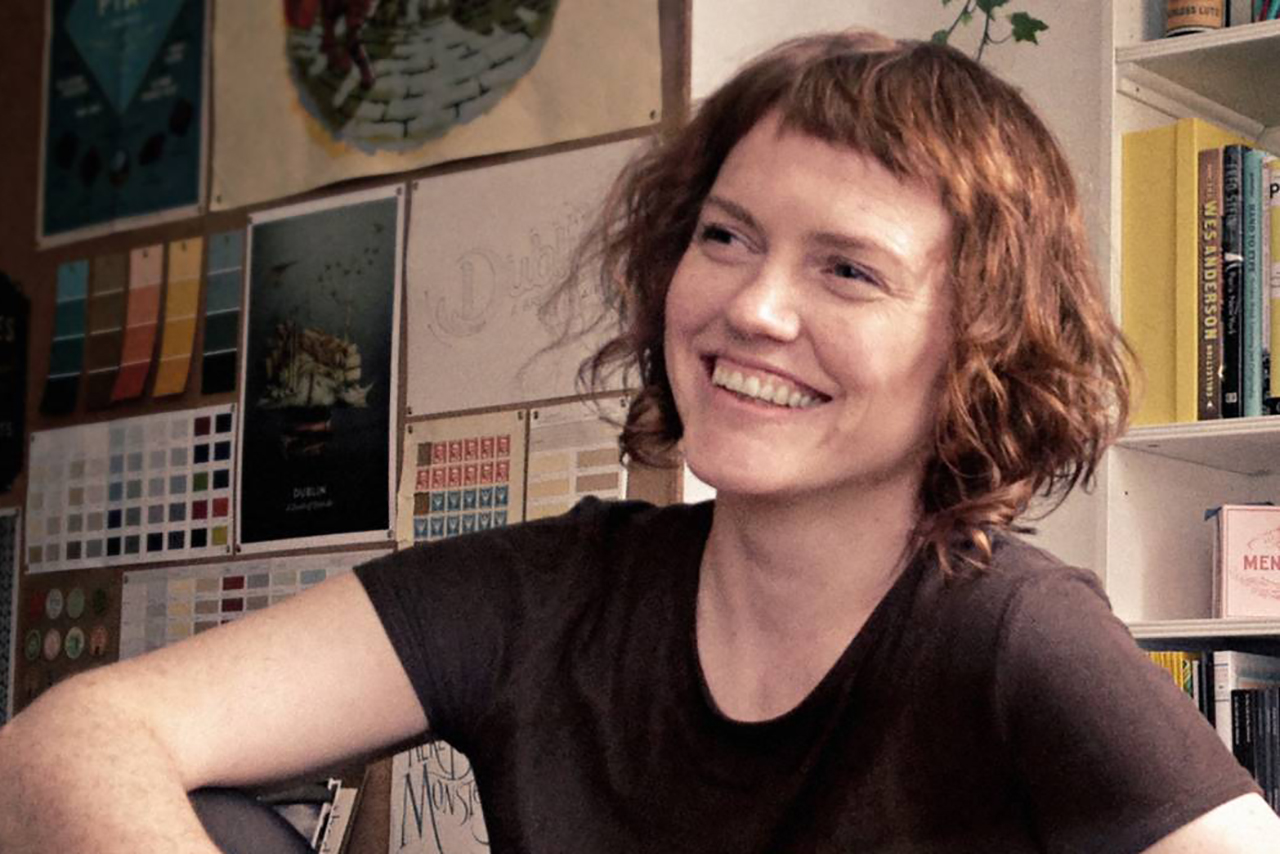 It has to be the fabulous graphic designer, Annie Atkins. She produces the most beautiful work and it's all so unbelievably cool. She has a fantastic ability to bring film directors' imaginations to life with her graphic skills on the props and set pieces. If you need a reminder of her beautiful work, just watch Wes Anderson’s The Grand Budapest Hotel. Atkins created the prison escape maps, pastry boxes and telegrams... Amazing, inspirational and very talented.
David Robinson, art editor 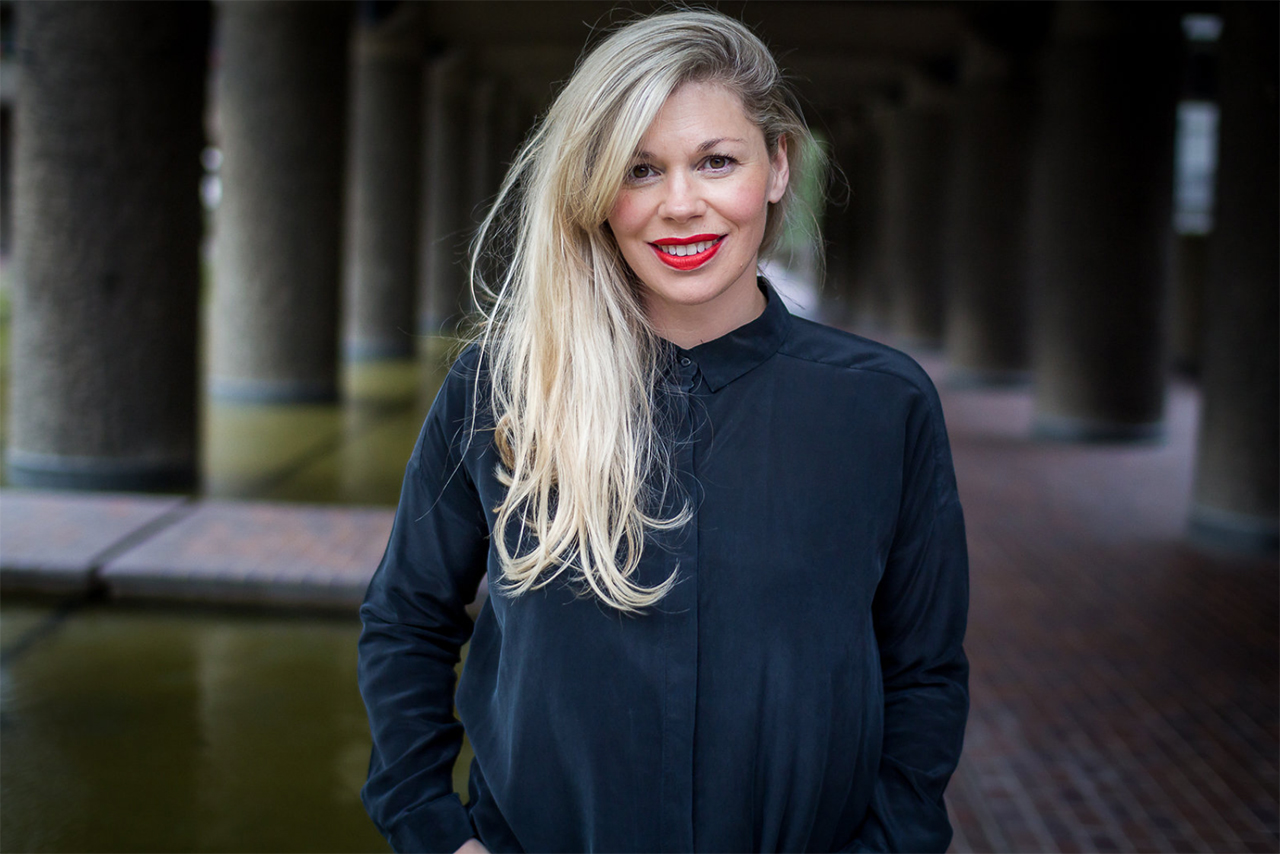 On International Women’s Day and frankly on any day, I’m totally fan-girling Catherine Borowski. She’s the founder and creative director of experiential and placemaking agency Produce UK, creating awesome experiences for brands but first and foremost, she’s an artist and one of the most inclusive people I’ve ever met. Who else could dream up the idea of modifying a skip and using it as an urban art space, to place on streets and democratise art? Whether she’s curating a new exhibition, delivering a brand activation or dreaming up bold design-led experiences, Borowski is a constant source of inspiration and a reminder to never abandon artistic ambitions, however crazy they might seem.
Yasmin Arrigo, head of audience engagement 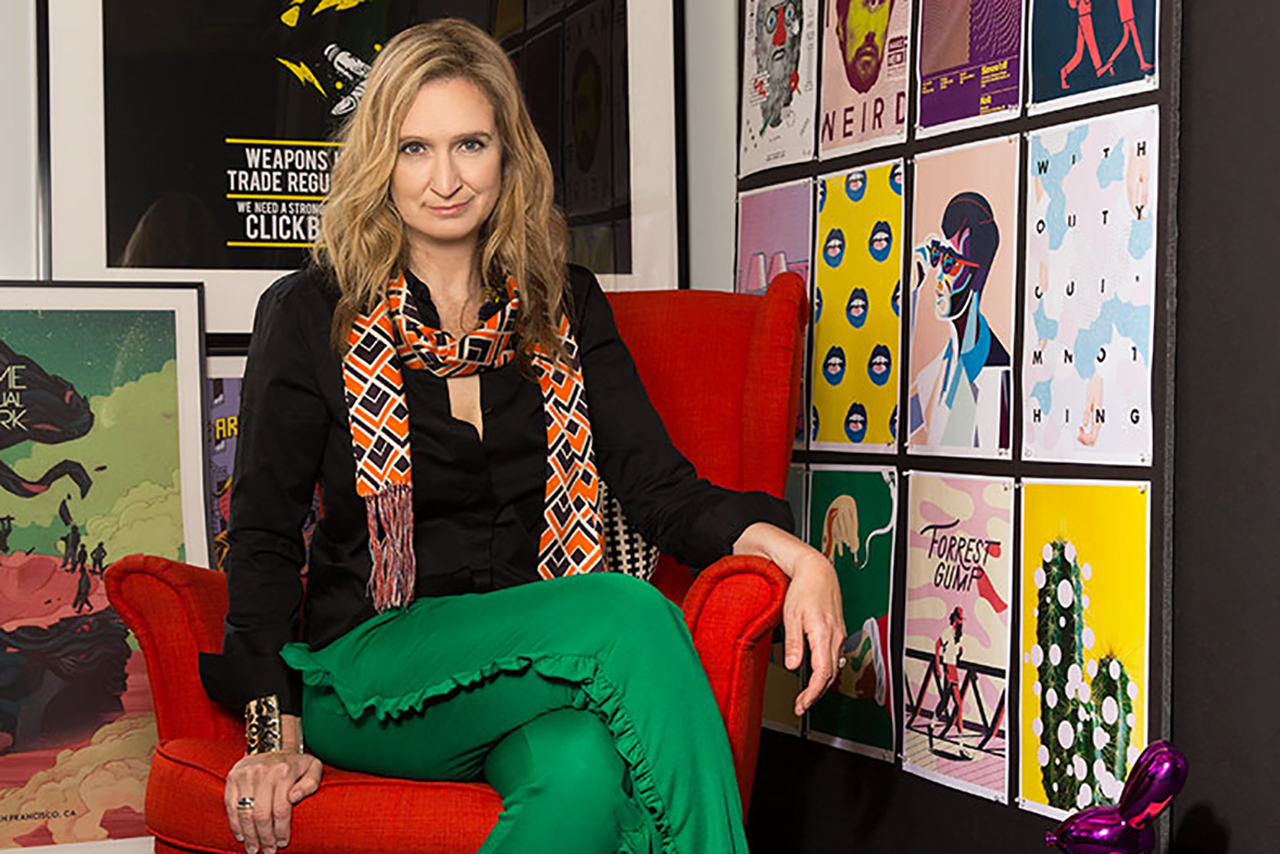 Not many people know that the co-founder of one of the UK’s most influential agencies was a woman named Libby Brockhoff. As a young American creative, Brockhoff moved to London and worked for creative director Robert Saville at Gold Greenlees Trott. When Saville left to start his own agency, he took her with him, and the pair launched Mother along with Stef Calcraft and Mark Waites. It was Brockhoff who came up with Mother’s name, and she was also behind some of the shop’s most significant early work. After returning to the US, she started another agency and later became a founding member of the Time’s Up Advertising initiative, fighting gender inequality and sexual harassment in the industry. Like so many other women throughout advertising’s history, Brockhoff’s story is often overlooked, but she deserves to be remembered among the greats.
Brittaney Kiefer, creativity editor 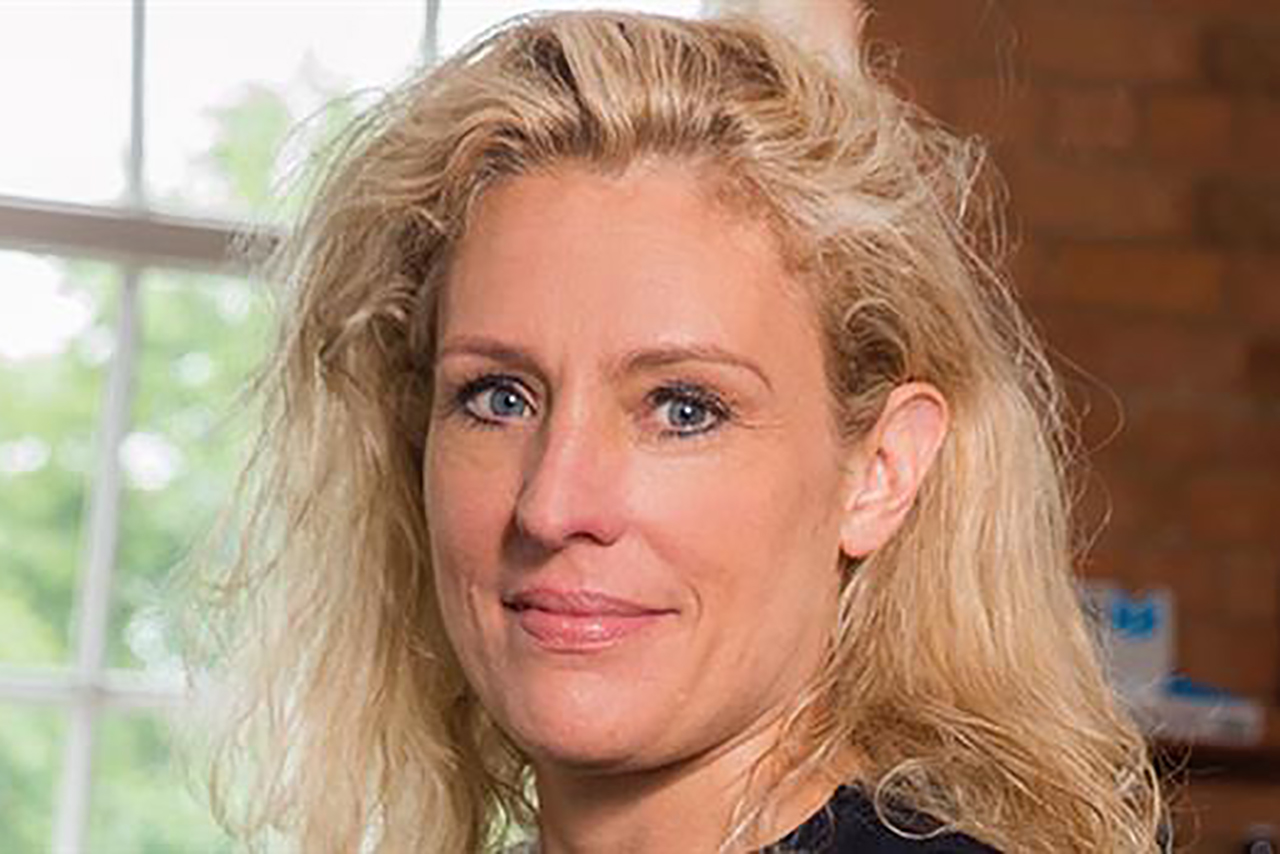 I’ve known Helen Calcraft for years and years and she’s always been one of the kindest, smartest, most thoughtful and decent people I know in the industry. She’s utterly charismatic and loads of fun. And she’s perfect proof that having high emotional intelligence and rock solid principles are immensely powerful assets when it comes to being successful.
Claire Beale, global editor-in-chief 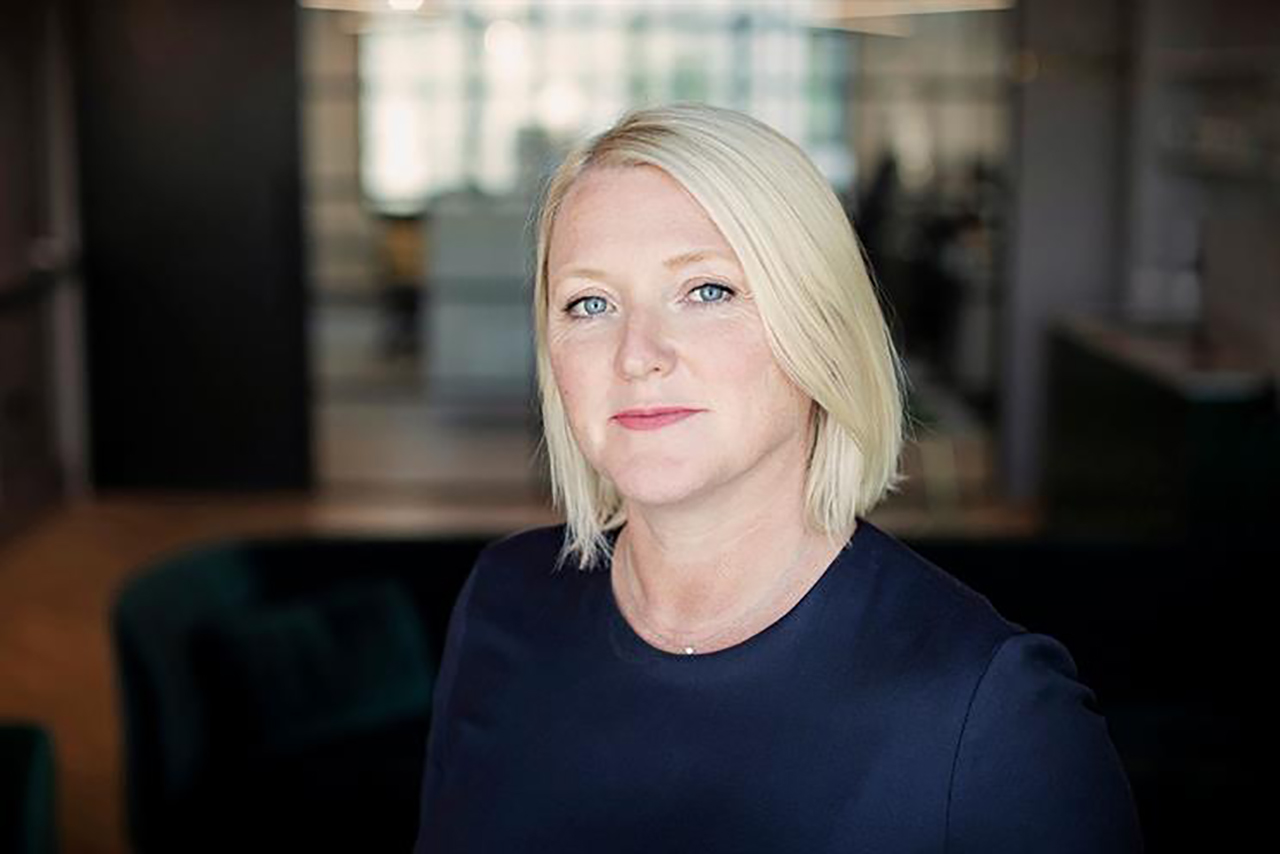 Things people say a lot about Mel Edwards: "honest", "no-nonsense", "straight-talking", "firm but fair", and "a right laugh". Whatever her gender, integrity, competence and social intelligence are exactly the right qualities that people should expect from their leaders. It is no surprise that WPP has entrusted her to take the global reins at Wunderman Thompson, a highly visible and important role at a business that the industry will watch very closely this year.
Omar Oakes, global tech editor 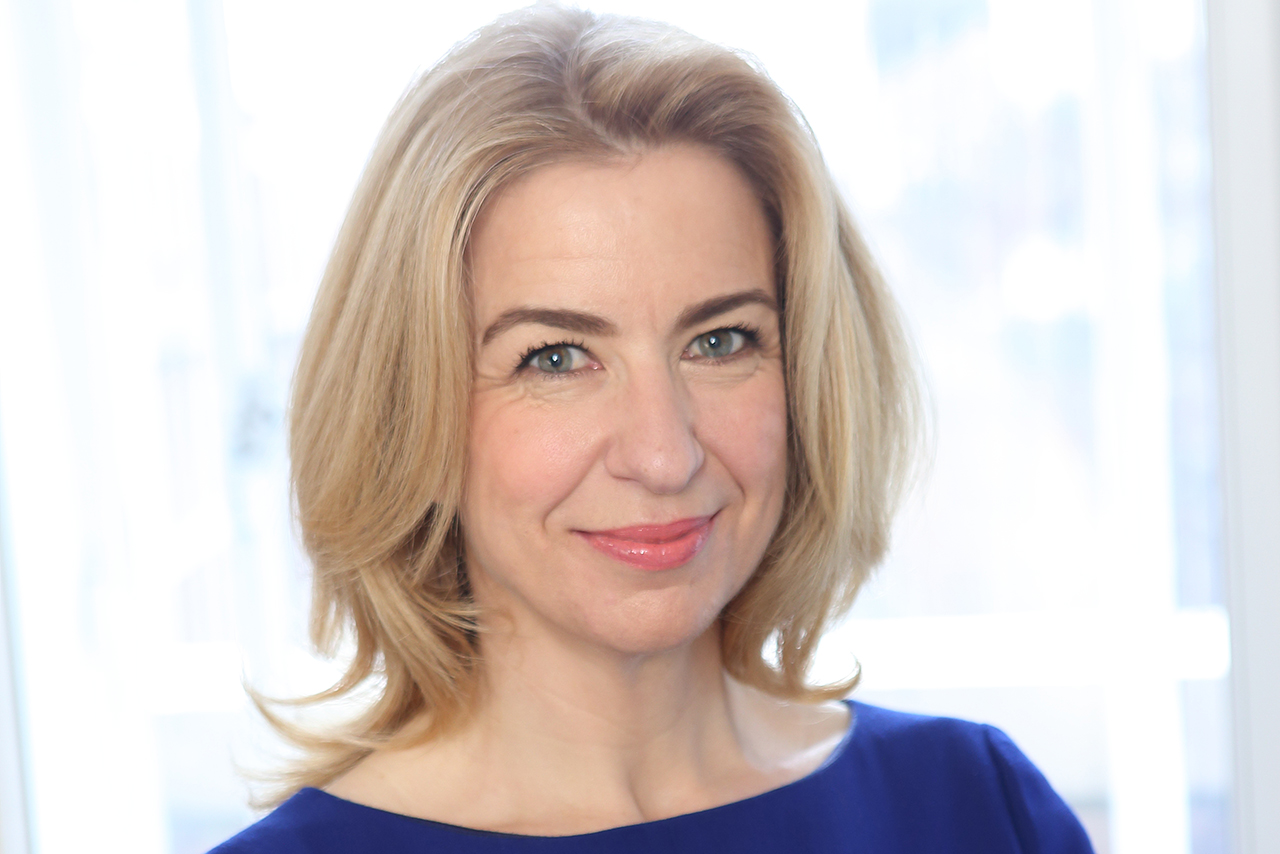 Karen Fraser is so committed to and passionate about the industry; she genuinely cares and that empathy runs through every piece of  work she does: from the sensitive research that underpinned the TimeTo campaign, to all the work she has done to champion the advertising industry as a whole through the Advertising Association. Not only is she clearly super-talented and such an intellectual force, she always goes above and beyond to deliver the best work and really well thought-out analysis. When I’ve worked with her on events and features she has always broadened my horizons. You always learn something new when you spend time wth Fraser.  I think she is one of the Advertising Association’s – and by extension the industry at large’s – greatest assets.
Nicola Kemp, trends editor 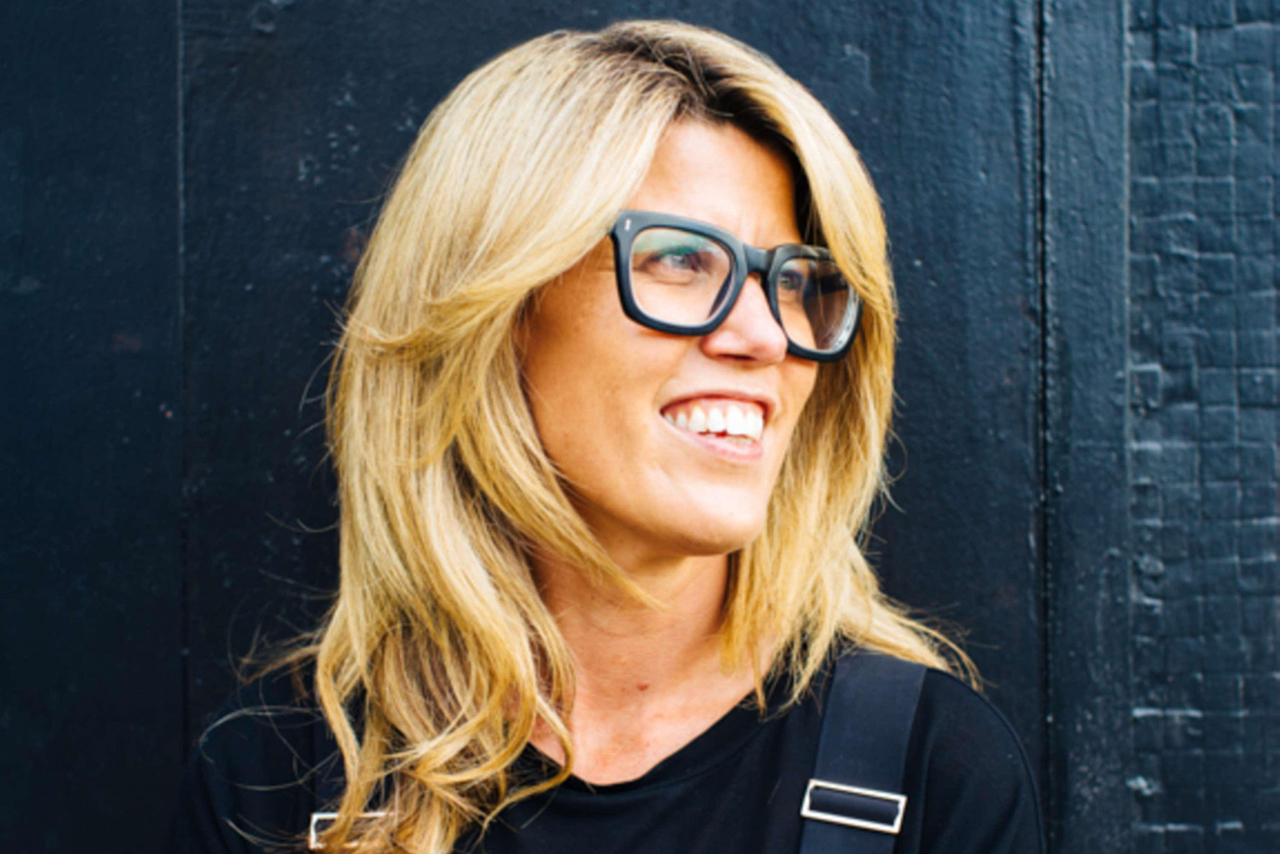 Pip Jamieson is a ray of pure positive energy, tirelessly helping businesses connect with diverse talent through her "no-collar" platform, The Dots. The delightfully dyslexic (as described in her brilliant "excuse the typos" email signature) Jamieson is redefining neurodiversity – which includes neurological differences such as dyslexia, autism and ADHD – as a cool USP. It inspires me to think of my OCD as a superpower.
Orianna Rosa Royle, social media editor and news reporter 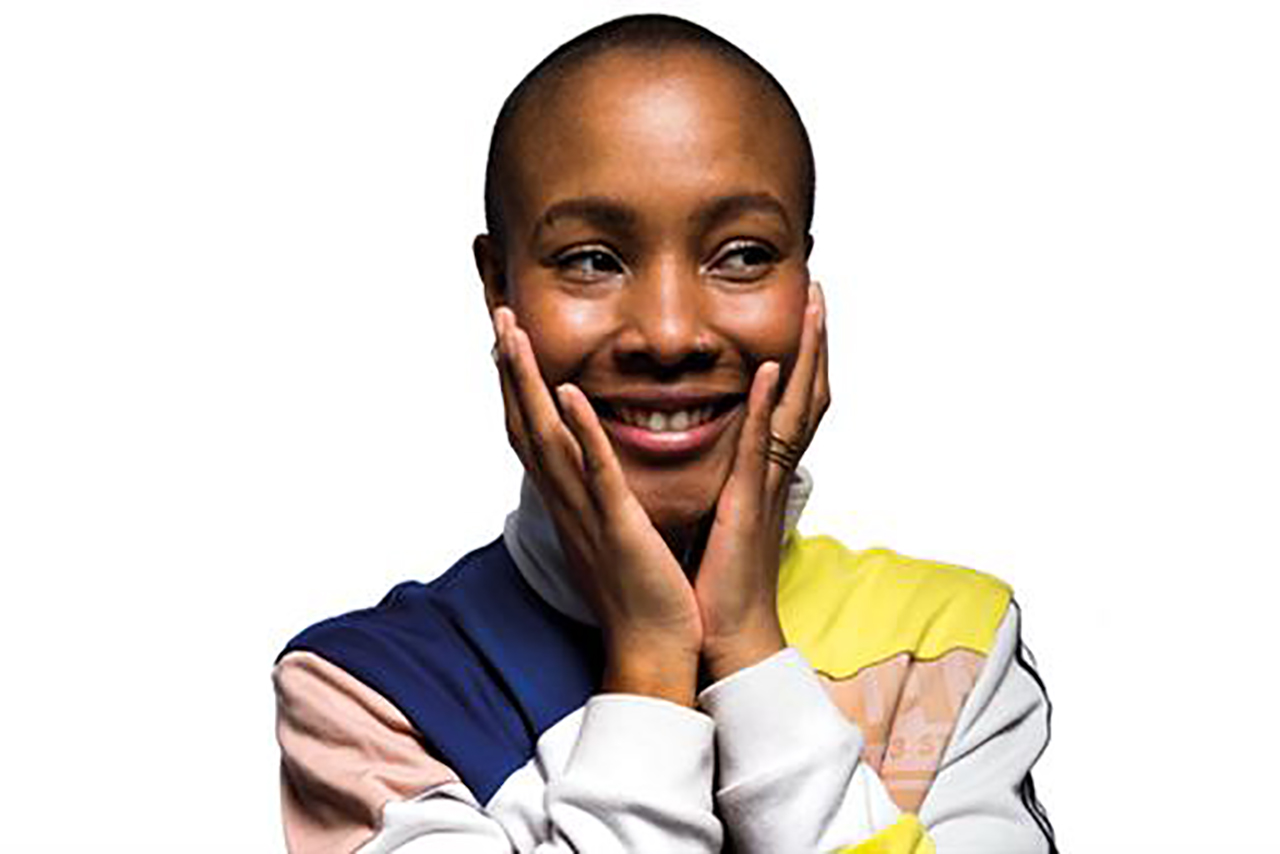 Liv Little has a great enthusiasm for everything she does – especially championing diversity in the media. I love that she set up a magazine whilst studying at the University of Bristol because she wanted to create a community for women of colour in an area where she felt as though she didn't belong. The most refreshing thing about interviewing her for Campaign's February issue was that when she didn't know the answer to something, she was honest enough to just say so. She also gave me a bunch of brilliant shows to watch, namely Cecile Emeke’ Ackee & Saltfish web series.
Gurjit Degun, news editor 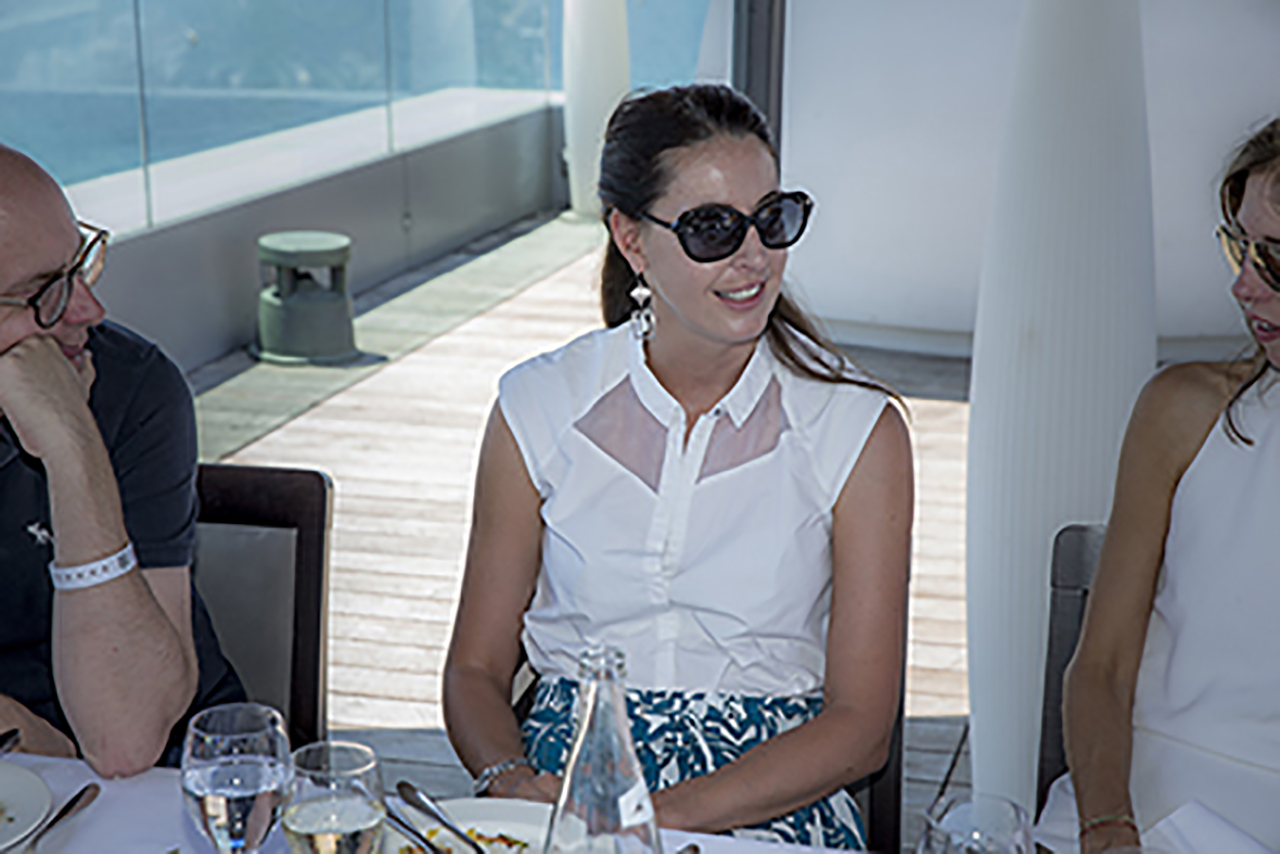 Martina Poulopati, global brand communications manager, Essity
It's mad that it was seen as a radical for a brand's advertising to talk frankly about what the product is and what it does, but that was the reality for femcare brands before Bodyform decided to depict real menstrual blood in its 2017 campaign. Poulopati and her team deserve huge credit for both rejecting a widespread assumption that periods were something people didn't want to be reminded about, and then standing up to a media establishment that told them what they were trying to do was unacceptable. Their work has played a big role in spreading the idea that bodies are nothing to be ashamed of, which is a remarkable thing for marketing to achieve.
Simon Gwynn, deputy news editor 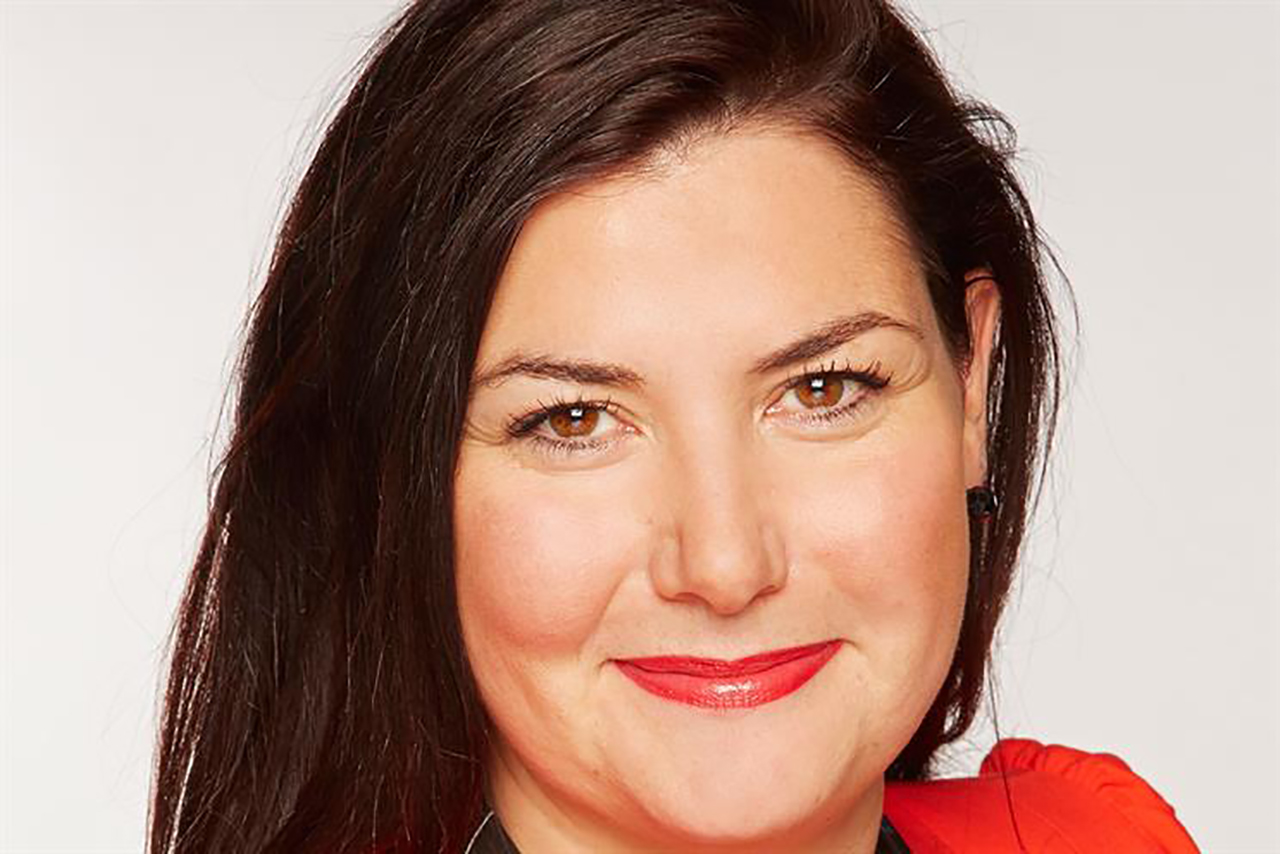 Reemah Sakaan manages to combine being incredibly impressive professionally with being really fun. She always has an insightful perspective – whether we're talking about industry developments, the state of politics or our personal lives. Recently appointed to run ITV's subscription video-on-demand service, she will be at the forefront of driving the broadcaster's direct-to-consumer offering. She joined ITV in 2012 from the BBC as director of network marketing but moved to New York in 2017 to lead ITV, the BBC and AMC's US joint-venture subscription service BritBox. Sakaan is a reminder that it's possible to have a bright personality, great social life and kick-ass career.
Maisie McCabe, deputy editor 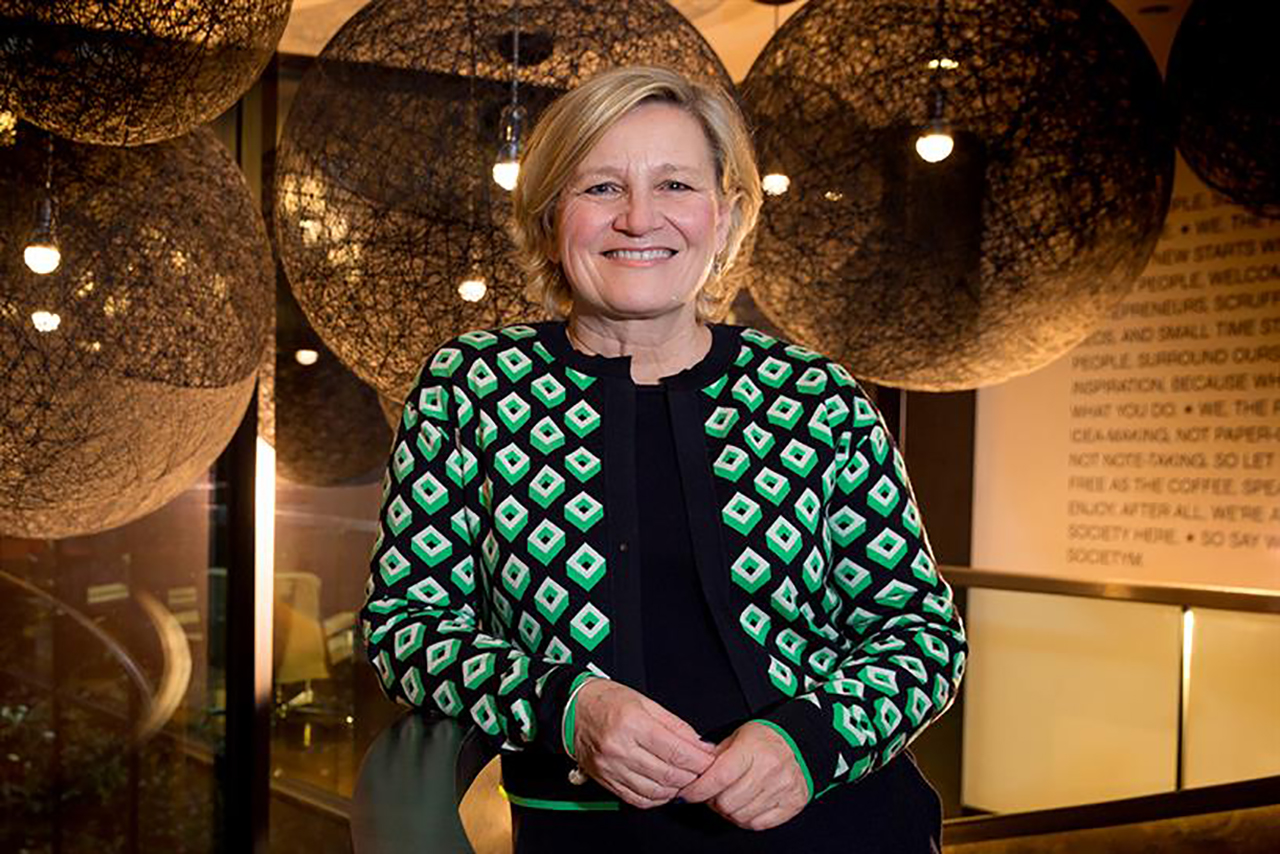 Cilla Snowball for a number of reasons – she's ridiculously accomplished and uses her position to be a champion of diversity and inclusivity, recognised by her damehood. With this long list of accomplishments and her stature in the industry you would expect a certain ego, but she seems to be bereft of any over-inflated self-importance, and has always been lovely to me (the lowly video producer), which is not always the way for people in her position.
Ben Londesbrough, senior video producer

In praise of the vulva: Bodyform and AMV used creativity to subvert shame

The Body Shop shines light on female empowerment with activation