"When Frank [Williams] set up the company 40 years ago, his goal was to create an engineering company that raced cars," Richard Berry, head of commercial at Williams Martini, says, explaining how the company is, technically at least, a business-to-business brand.

"But we’re more than that," he adds. "We’re very much a consumer brand. But one without actual consumer products."

It is, admittedly, an unusual position for a brand to be in. And yet Williams holds a huge amount of data on a multitude of consumers, a testament to its public popularity.

In September, the team announced that it had accrued a global fanbase of around 57 million people and that it was inviting 21 million of those who deem themselves "uber fans" to join a new digital, content and CRM ecosystem.

The team's partnership with WPP-owned sports marketing agency Two Circles has enabled Williams to build its database, which spans 140 countries, by more than 600%.

"They are fairly big numbers," Berry says. "CRM is important to so many businesses in terms of understanding their audience and who they are.

"One of the things historically with Formula 1 in particular is that it’s been a bit detached from the fan. The nature of the sport is that you don’t own and run a stadium, the fan relationship’s entire existence is through a Formula 1 ticket or the broadcast watch space.

"Along comes social media, and the changes in that area, and suddenly you can create a direct, one-to-one relationship, something that we’re just discovering and finding fun."

That gap between spectator and team is set to narrow not just for Williams but for the sport as a whole. Formula 1's new owner, Liberty Media, has been vocal about its ambitions to build the sport’s appeal beyond its core fanbase, turning Formula 1 in into the "new Super Bowl", extending its remit beyond core races, and further popularising the sport among racing fans in markets such as the US and Asia.

Across the Atlantic, where Liberty is particuarly eager to raise its profile, Williams plans on hosting events in North and South America.

Berry says that there are parallels between Liberty’s and Williams’ plans and feels that the sport is being rivitalised under the new ownership.

Aside from selling merchandise to Formula 1 followers, how is reaching consumers a commercially viable strategy for a B2B brand? Certainly a larger and more loyal fanbase makes Williams a more attractive prospect to sponsors and brands wanting to ally themselves to the team, Berry says.

Williams partnered Unilever deodorant Rexona to help promote the brand ahead of the Abu Dhabi Grand Prix. Largely driven by on-pack promotion, Rexona and Williams launched a competition, with the successful entrants winning the chance to drive a Formula 1 car around the track after the event. 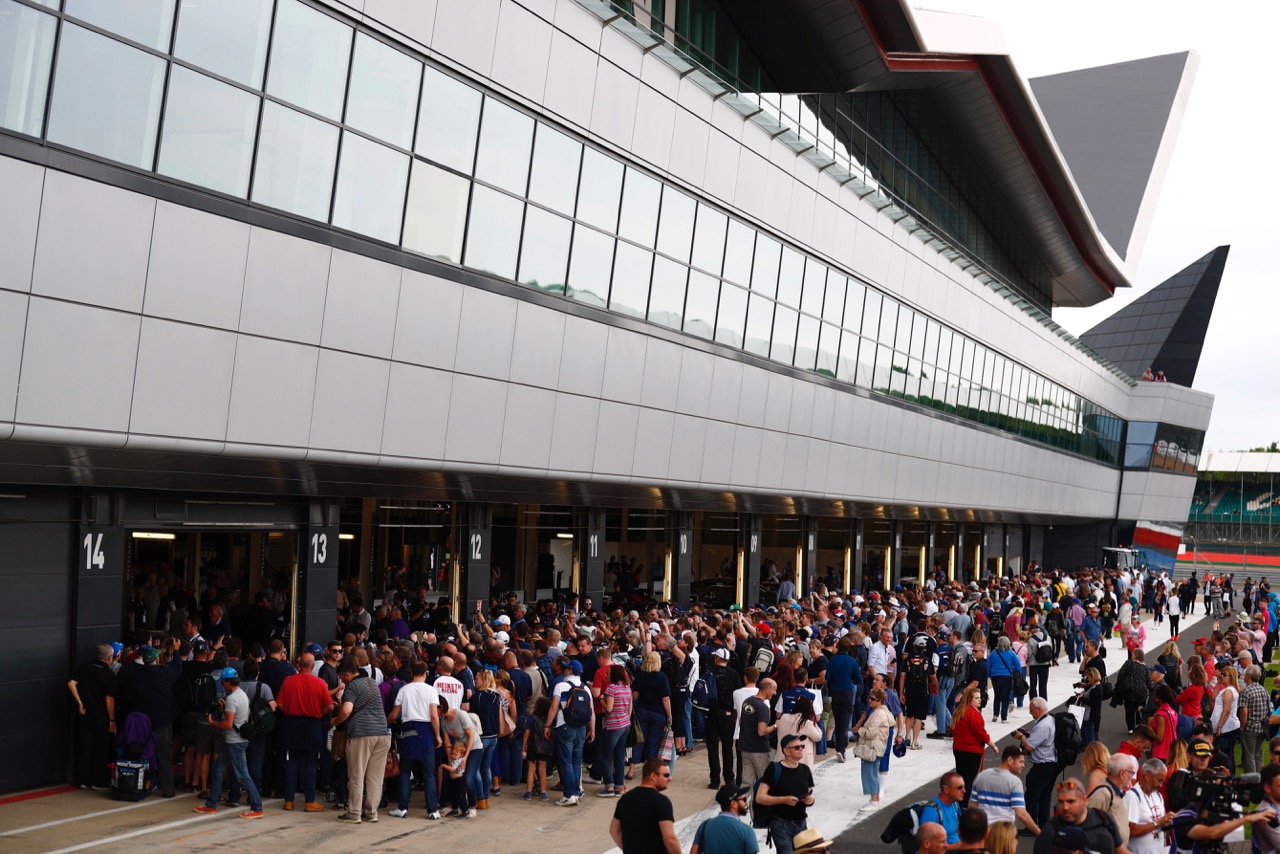 The team is also increasingly using events to engage with consumers. For instance, Williams teamed up with Silverstone to run a British Grand Prix Preview event (pictured above) at the UK racetrack, where consumers could register for free tickets.

The event gave fans the chance to see some of the most famous cars in the history of Formula 1 on the circuit, as well as get close to Williams cars and technology.

"The intention is absolutely to do more of this from a brand perspective, through social media and events, and hope people get closer to Williams as a brand and as a Formula 1 team," Berry says.

At the vanguard of technology

One of the things that excites Berry about Formula 1 is that the sport is, by necessity, at the forefront of technology. But it's an appetite for tech beyond engineering.

Esports is currently an area of investigation, Berry says, with plans by Formula 1 to run an initiative at the end of this year around gaming, although the details have still to be determined.

"There many not be many Formula 1 drivers but that’s not to say that people don’t play racing games. We can benefit from those technologies and games," he says.

Williams’ presence in gaming was given a boost earlier this year by the major game franchise F1 2017. Williams joined the roster of teams to have their cars recreated virtually for consumers to race around the world's most iconic circuits. 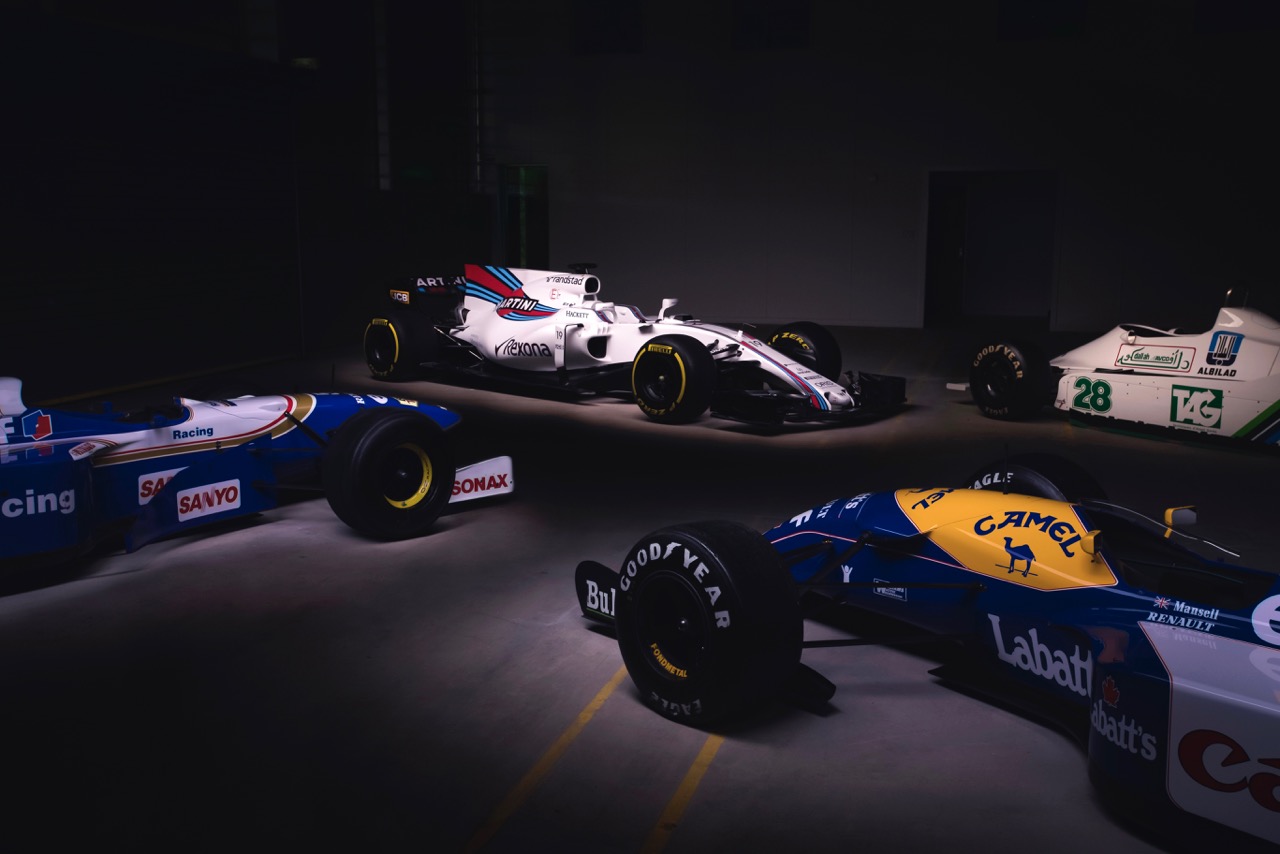 Experiencing the Williams brand from the seat of one of its cars is set to come closer to reality for fans thanks to the developments in virtual reality, whether through early adopters’ own headsets or at Williams- and Formula 1-hosted events.

Williams' collaboration with Sky Sports is a case in point. It has worked on the broadcaster's Sky VR app, enabling fans to go behind the scenes of the Williams team in the pit lane and also view its cars from the cockpit.

Berry reckons VR could bridge the gap between spectator and driver. "Who’s to say, in a number of years’ time, that you won’t be sitting on the starting grid at the start of the Grand Prix and are lined up against the cars in real time?" he says.