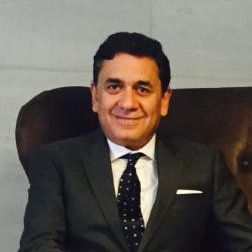 Miralay joined the business in May this year as group director of change, and began the new role, which includes the CMO’s responsibilities, last month.

He was previously chief experience and chief product officer at Swedish-Maltese gambling company Betsson Group for three years. Before this, he held commercial, strategy and customer experience roles at Microsoft, AOL, BT and Centrica.

O’Shaughnessy, who was based in Gibraltar, went on gardening leave on 1 October. A spokesman for William Hill said he had left the company to seek opportunities in the UK and outside the industry.

Having been at William Hill since 2008, O'Shaughnessy was promoted from marketing director to chief marketing officer last September, six months after his predecessor Kristof Fahy left for a short-lived stint at Telegraph Media Group – before joining arch rival Ladbrokes in January.

William Hill’s spokesman denied that the changes at the top of the marketing operation were a result of the company’s recent ownership saga. The company only last week abandoned plans for a multi-billion pound merger with Canadian company Amaya, owner of PokerStars, after its largest shareholder, Parvus Asset Management, came out against the deal.

And in August, it rejected two offers from UK rivals Rank Group and 888, the second of which was worth more than £3bn.

Culture Secretary warns: 'My children can recite just about every gambling ad there is'

Back your own ideas, says Ladbrokes' marketing chief