There is a growing sense of apprehension about the forthcoming "Brexit" referendum on whether or not the UK should remain in the European Union.

With the outcome of the vote on 23 June looking increasingly uncertain, and tempers fraying on both sides of the political divide, the fear is that advertisers could put spending on hold.

Only last week, Torsten Müller-Ötvös, the chief executive of the BMW-owned Rolls-Royce, warned staff of the potential risks of Brexit on costs and therefore employment. The bosses of each of BMW’s British companies, including Mini, reportedly sent a similar letter to their staff.

The investment manager BlackRock and the manufacturers’ trade body the EEF are among other business groups to raise concerns about the potential fallout from Brexit.

Sterling fell markedly against the dollar and euro this year, but has recovered some of those losses in the past week.

Investors hate uncertainty  and there was a dip in adspend in the run-up to the 2015 general election because the opinion polls suggested a very close result.

Even though ad expenditure grew to a record six-month high of £9.4 billion in the first half of 2015, the second quarter saw a slowdown across radio, out-of-home, news brands, magazines and cinema.

Sir Martin Sorrell, the chief executive of WPP, said at last week’s annual results that the next few months will be risky because of the "uncertainty-stimulating EU referendum".

But Adam Crozier, the chief executive of ITV, was more upbeat. He believes that major sporting events such as this summer’s Euro 2016 football tournament will draw advertisers after a flat first quarter for the broadcaster, and he played down suggestions that the uncertainty around Brexit will lead to a drop in adspend.

But few businesses can be confident that the next three-and-a-half months will be quiet or predictable ahead of the Brexit decision.

Chris Hirst, European and UK chief executive, Havas Creative Group
"Any uncertainty now would be inconsequential compared with the potential turmoil post an ‘out’ vote. I predict that the impact would extend beyond short-term decisions around spending commitments and significantly impact the GDP."

Anna Palmer, strategy director, Vizeum
"We can expect those whose policies or rates will be immediately affected by the vote – banks, lenders, travel companies – to reduce. Others may decide to capitalise on the lack of spend from the cautious or restricted." 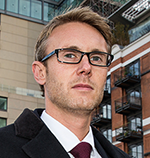 Paul Hutchison, chief operating officer, MEC
"I do wonder if there may actually be a short-term spike in spend from advertisers trying to capitalise on consumer uncertainty around things like travel insurance policies, European car insurance or breakdown cover."

Richard Oliver, managing director, Magna Global UK
"There are no specific categories that would feel they ‘need’ to stop spending in the run-up to the referendum. But it’s inevitable some do stop. For advertisers facing uncertainty, there is always the temptation to cut or pause marketing."

'I hope we will still be cousins': Levy on Brexit, UK and Publicis restructure

Adland needs to wake up to the dangers of Brexit