Striking balance between brand integration and audience enjoyment was key to success of retailer's partnership with ITV.

Striking the right balance between brand integration and audience enjoyment was the key to success for Tesco’s partnership with ITV for the revival of Supermarket Sweep last year.

The show, which returned to screens after 12 years and was hosted by Rylan Clark-Neal, ran every weeknight for four weeks between 8pm and 9pm on ITV2.

It formed part of Tesco’s 100-year anniversary activity that centred on nostalgia.

Tesco’s media manager, Amy Butterworth (pictured below, right), told Campaign’s TV Advertising Summit in London this morning (Tuesday) that the series was the biggest launch on ITV2 for four years after Love Island, doubling the average viewers for the time slot and attracting three times as many 16- to 34-year-olds as that slot usually does. 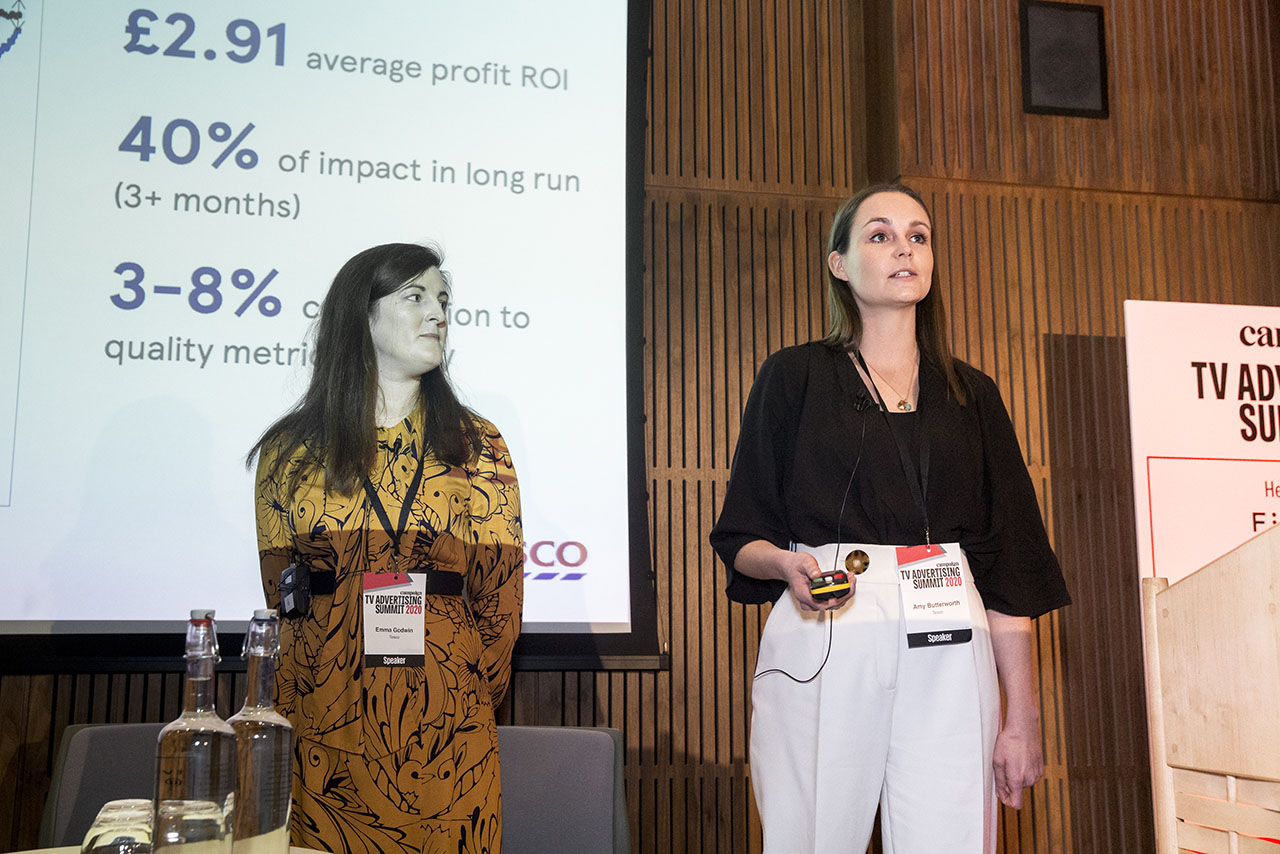 For Tesco, she said, the show led to a 26% increase in value perception, a 12% rise in recall of the brand’s core campaign "100 years of great value" and 78% of viewers took an action.

Butterworth explained that ad-funded programming is an area of growth for the retailer, but added: "As a brand, it's really tempting to just want to plaster your logo absolutely everywhere, but working with ITV we managed to get the right balance for brand integration but still keeping the enjoyment for audiences – it was really about finding the balance between the two."

Emma Goodwin, lead media and campaign planning manager, also highlighted other ways that Tesco has been working to better engage TV audiences during ad breaks, such as making use of the continuity announcer.

For example, in 2018, when Tesco launched an ad about its berries as part of the "Food love stories" campaign, at the end of the break the voiceover referred to the berries and rewound through the other ads to show the Tesco spot again.

Goodwin added that this led to a 69% rise in audience enjoyment, 68% of viewers surveyed agreed the ad stood out and 65% agreed it was a first for the brand.

Tesco hosts activation with taste of Christmas past, present and future

Tesco partners Channel 4, ITV and Sky for next step in Christmas campaign