Rio was a true showcase for the athletes and the technology that captured all the greatest moments. It's set to get even better...

When Adam Peaty smashed his own world record in the 100m breaststroke on the third day of the Rio Olympic Games last year, not only did he win the first gold for Team GB in 2016, he ended a 28-year lull in the sport for the team.

But that was just the beginning for Team GB. Who could forget Mo Farah becoming the second man to retain Olympic gold in the 5,000m and 10,000m races; Nicola Adams winning the women’s flyweight once again to become the first to do so for 92 years in the Games; and rowers Helen Glover and Heather Stanning were also successful in defending their gold by taking home the top prize in the women’s pair.

It’s the precious moments like these that Ocean Outdoor was able to play in real time for the public to watch over again and, of course, help Team GB drum up even more support for the athletes. After the huge success of London 2012, the athletes needed the same, if not more, amount of cheer from their home towns.

Total coverage
2016 was the first time that Ocean Outdoor was able to cover the Games in real time, with six-minute video slots played for 11 hours every day of the 16-day competition. These were supported with content from Team GB’s Instagram feed, which helped engage more audiences on social media. 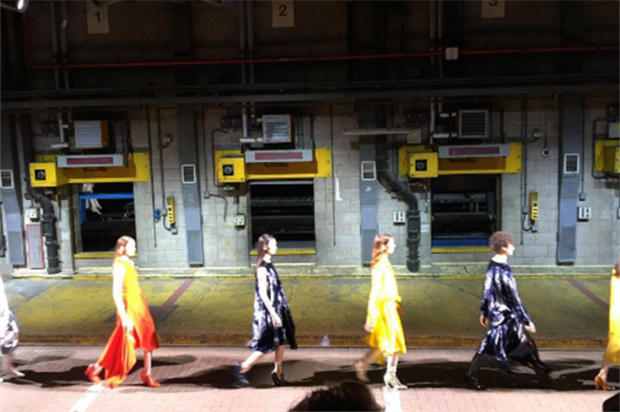 The coverage was broadcast on 98 screens across London, Bristol, Birmingham, Manchester, Leeds, Liverpool, Newcastle, Edinburgh and Glasgow, which meant Ocean Outdoor was able to appeal to nearly everyone and turn the Games into a genuinely live consumer experience.

To add more creativity into its partnership with Team GB, Ocean Outdoor turned the screens from bronze to silver to gold as the tally of medals rose – and, boy, did they rise. Team GB went one better than London 2012 to end second on the medals table, finally beating China by one gold.

The success for the athletes was emulated on Ocean Outdoor’s digital platforms, so much so that chief executive Tim Bleakley described digital out-of-home being recognised as a live-streaming platform as a "milestone moment" for the company as well as the industry.

As technology improves, the ways in which brands can use digital out-of-home are becoming endless. In fact, media planners and buyers expect the platform to grow faster than mobile and video-on-demand by 2021.

The study, by Ocean Outdoor, also found that media agency bosses think that digital out-of-home is a "tech-driven medium, closely aligned with online and mobile". What’s more, they described the medium as "the most innovative, creative and flexible medium in the market".

It’s no surprise, then, that adspend for digital out-of-home grew 24.7% year on year in the third quarter of 2016, according to the latest figures from the Advertising Association/Warc Expenditure Report.

So what next for digital out-of-home and Team GB? Given that the platform has not yet fulfilled its full potential, there are plenty more sites for Ocean Outdoor to open up at and help brands reach wider audiences.

The quality of the screens are also set to improve, with brighter colours, wider viewing angles and complete integration with its surroundings.

For Team GB and its sponsors, this means a better quality of viewing for audiences as they try to get more people to stop and stare.

Ocean Outdoor also plans to do more with connected devices, by engaging consumers through their phones and encouraging brands not to think about the two platforms as separate channels. 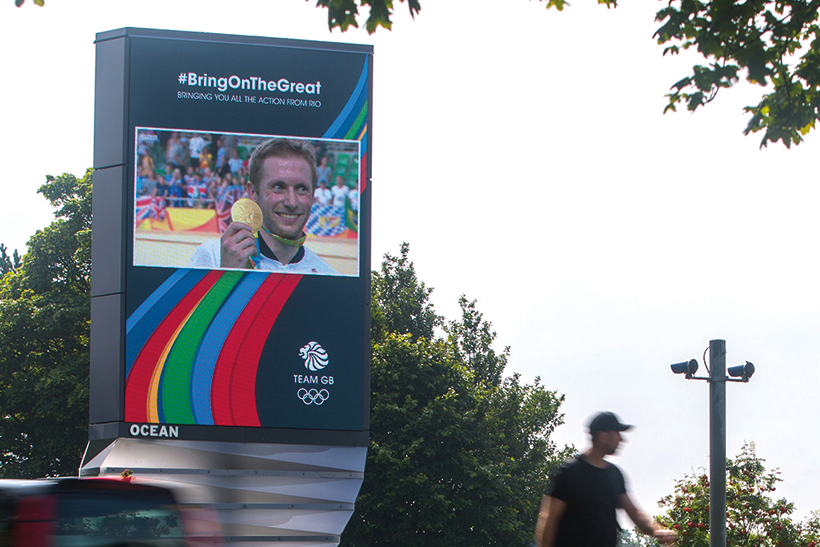 Always connected
This links to Ocean Outdoor’s sites offering free Wi-Fi too, given that 76% of UK adults own a smartphone, according to Deloitte. It means that Team GB sponsors can make the most of the people glued to their phones.

Targeting consumers individually, be it through the colour of the car they are driving or through facial recognition, will help Ocean Outdoor to better understand its audiences and so help Team GB and its sponsors to deliver the most useful content. This could be commuters on their way to work or recognising when there are more men or women in an area.

Combining creativity with the latest technology will undoubtedly allow Ocean Outdoor and Team GB to go bigger and better for the Winter Olympics in PyeongChang next year, and then the Summer Games taking place in Tokyo in 2020.

For PyeongChang, there’s no doubt that many winter sports create spectacular viewing, from the colourful outfits of the athletes at the ice-skating to the beautiful backdrop of snowy mountains during the many skiing challenges. The upcoming Games will also host four new sports: freestyle skiing and snowboarding, speedskating and mixed doubles curling. Team GB and Ocean Outdoor will be looking to capitalise on these.

This will give Ocean Outdoor and Team GB the chance to show off what it is they do best. To showcase digital out-of-home in the most dynamic, exciting light, the pair will work on how to keep audiences engaged once again. Perhaps the challenge they face now is to drum up an even bigger buzz for the Winter Games than there traditionally has been.

Leah Davis, marketing director at Team GB, said: "Building on our previous successes, digital-out-of-home is a great way for Team GB to make the most of the athletes and their achievements."

"With Ocean Outdoor’s investment in improving its sites and scaling up, digital out-of-home is only going to improve Team GB’s reach," Richard Malton, marketing director at Ocean Outdoor, said. Here’s to yet more success in PyeongChang and new experiences for audiences. 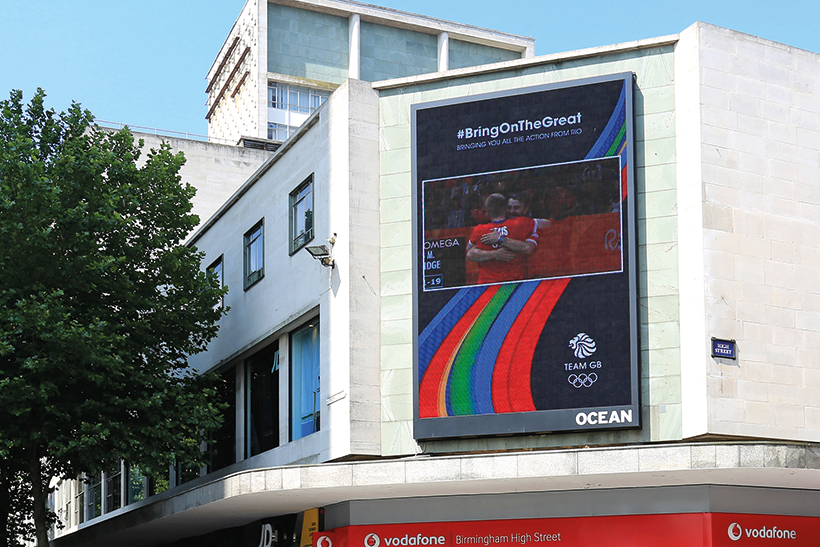