Responsibility, trust and growth are firmly at the heart of advertising's new mission. Here are the key action points from the Advertising Association's annual LEAD summit

"If we want to be trusted, we must be more trustworthy. We need to be in the business of trust and not just creating noise," said Stephen Woodford, chief executive of the Advertising Association.

Sometimes you have to look back to move forward. So it was as the Advertising Association’s LEAD summit took place at the QEII Centre: last year’s message was ringing in its ears. Woodford reminded delegates that the key 2019 take-out was around the decline of trust in advertising.

The Advertising Association outlined its new mission statement at LEAD, putting responsibility at the heart of the industry’s efforts to rebuild trust. Responsible advertising would benefit people, society, business and the economy, said Woodford. The mission is part of a three-year strategy called Responsibility, Trust and Growth, the result of a wide-ranging, six-month consultation.

1 Two speakers and a Speaker
UK advertising is in good shape with the latest Advertising Association/WARC figures forecasting a 5.2% increase in ad spend for 2020 to £26.1 billion. But, it could be doing even better, said Nadhim Zahawi, minister for business & enterprise. Describing UK advertising as a "hothouse of innovation", the minister said that he wanted to see the industry flourishing globally "from Tokyo to Tennessee" in the post-Brexit environment.

In an uncertain world, political pundit Steve Richards sought to enlighten the audience about the coming year in politics. While lauding Boris Johnson’s winning election slogan, Get Brexit Done, as a great piece of advertising, he said that the prime minister's seemingly impregnable position might not last. Tensions over HS2, Huawei, and EU trade talks will test the strength of the Johnson government, he predicted.

Fresh from his own battles with Boris, the 157th Speaker of the House of Commons, John Bercow underlined the difficulties of trying to modernise an institution that often resisted change. Innovations included the first nursery in the House, developing an education centre and improving diversity. His approach – "Keep the best and improve the rest" – made him plenty of enemies, but he was unrepentant.

"You can be a reforming speaker or an uncontroversial speaker," he concluded. "You cannot be both." 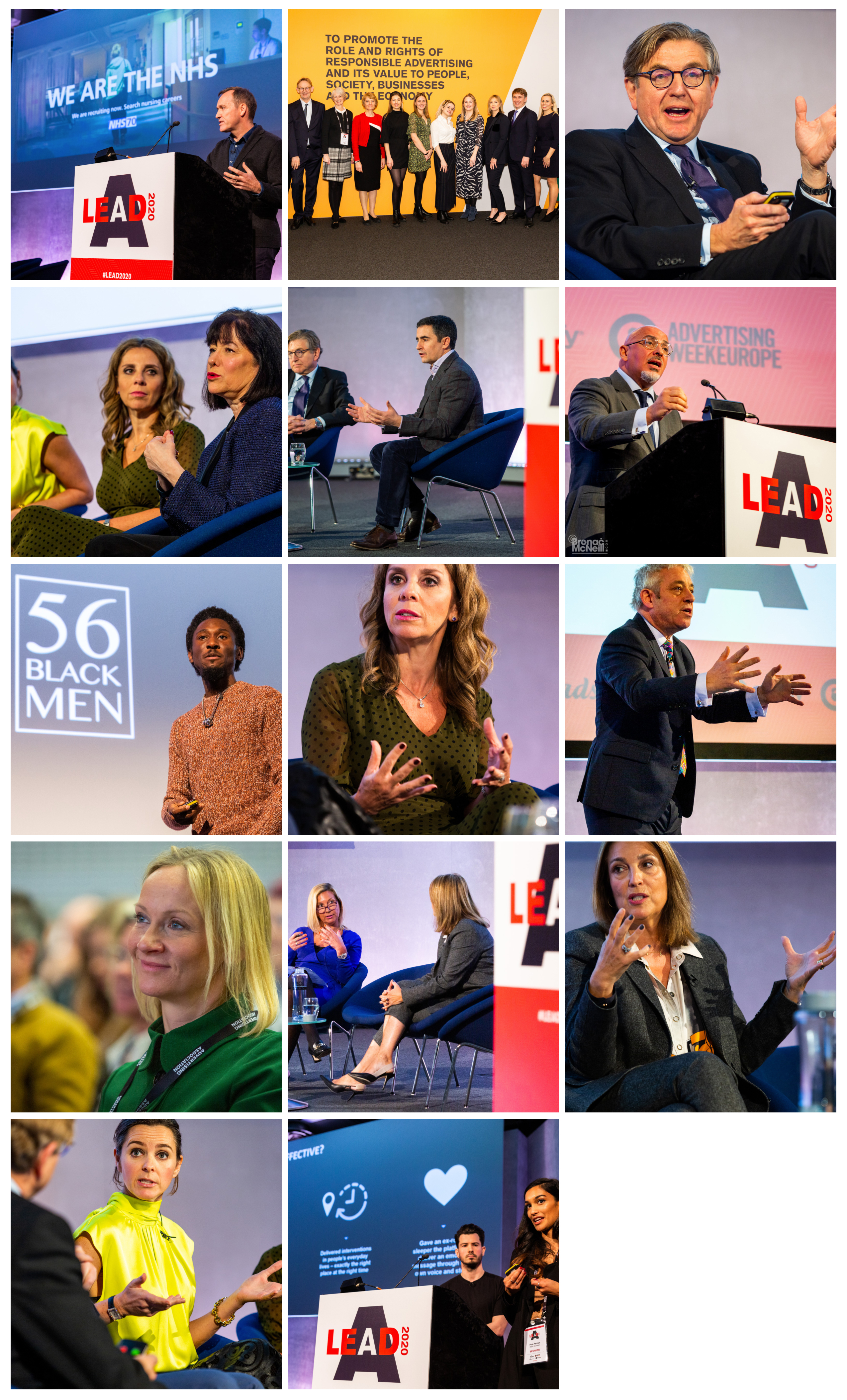 2 The truth about trust
Advertising faces its own moment of truth following the YouTube ad placement scandal, said Advertising Association president Keith Weed. In conversation with Google MD UK & Ireland, Ronan Harris, Weed said that arresting the decline in trust was a job for the whole industry.

"Rebuilding public trust in advertising is at the heart of my tenure as president of the Advertising Association and ensuring advertising is responsible is a crucial factor in achieving this goal," he said.

Harris said that addressing concerns relating to privacy and advertising bombardment was in the interests of advertisers, consumers and publishers. "Our business is based on trust and if you do not get that relationship right then people just move away."

Adtech is a particular concern and the ICO has been working hard with the advertising industry to rein in its worst excesses. Simon McDougall, executive director, technology policy & innovation at the ICO warned that the industry had to better understand its supply chain, and what data is being collected in its name. "We will take action against those who are not getting the message," he said.

3 The positives of being positive
With many brands now examining their social purpose, Karen Fraser, director of Credos said that its latest research into the social contribution of advertising revealed that consumers appreciate the difference that advertising could make: 46% think that advertising has a positive impact on the UK.

Three powerful case studies backed up the argument that advertising can be a force for good.

Cephas Williams revealed how his frustration at the limited portrayal of young black men, inspired him to found ‘56 Black Men’, an organisation that focuses on shifting the dial on negative stereotypes. Meanwhile, rough sleeping was tackled by "Whatever the Weather", a technologically-driven campaign, and MullenLowe’s "We are the NHS" helped halt the decline in recruitment within the NHS.

ITV chief executive, Carolyn McCall, in conversation with Advertising Association chair, Philippa Brown, said more advertisers had briefs with a requirement to show purpose. "They still want results, but they also want to reflect who they are and what they stand for."

Britain’s Got Talent’s ground-breaking ‘Get Britain Talking’ campaign is a case in point. Hosts Ant and Dec stopped the show in its tracks to let viewers start their own conversations on mental health.

4 Superstar panel
LEAD finished with a number of industry leaders talking about what responsibility looked like to them. In a vigorous debate, News UK chief operating officer David Dinsmore said technological disruption had brought huge challenges. "The way we communicate has changed out of all recognition and we have to create an environment that customers trust and engage with."

At Channel 4, the focus is on helping advertisers appreciate the value of reaching under-represented audiences, said Alex Mahon, chief executive, Channel 4: "Our Paralympics coverage shifted attitudes on disability and we launched the Diversity in Advertising Awards to help brands that wanted to change attitudes. Even in big companies you still get push back."

Nicola Mendelsohn, vice president, Facebook EMEA said that the platform recognised its responsibility in keeping unsavoury content at bay: "We’ve learned a lot in recent years about protecting electoral integrity. In 2016-17 we took down no inauthentic political advertising. Last year, we took about 50 organisations down."

When it comes to creating diverse teams that allow advertisers to have a more authentic voice, Syl Saller, CMO, Diageo said that agencies had to do more. Where Diageo could boast that 50% of its marketing leadership team were women, only 16% of agency creative teams are women.

"We want to help, which is why we backed the Creative Equals scheme to attract women back to the industry."

LEAD is advertising’s annual summit and in 2020 took place in late January. Run by the Advertising Association, it has built, over the last eight years, a reputation as the premier event for business leaders and policy-makers to address advertising’s industry leaders: CEOs, MDs, chief marketing officers, creative, commercial and sales directors, as well as the industry policy leaders, political opinion-formers and civil servants. 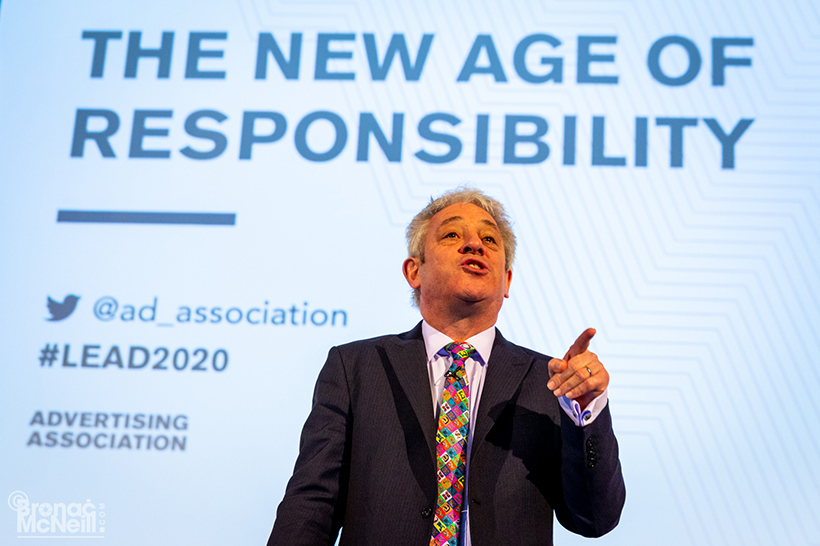 Why is Google changing the way UK user data is processed?