The arrival of a new set of marketers in the big-spending price-comparison sector could see the four leading brands look to change their familiar brand positionings.

Skeletor, James Corden and a stuffed meerkat walk into a bar and order the same drink, but each with a different garnish. "Sorry," the bartender says. "As of this summer, we’re catering to a new type of clientele with differentiated propositions."

Sure enough, there’s no place for these three characters (of sorts) in the price-comparison business of 2018. Already fiercely competitive, it could get even more so after reports in August that none other than Amazon is considering having a stab.

Corden might be an emerging megastar on late-night US TV, but he is surplus to requirements in the latest campaign for Confused.com, which launched last month and aims to recapture some of the brand’s founding energy. We’re also unlikely to see much more of He-Man, Action Man, Dave, Colin and co. in Moneysupermarket’s advertising, after the brand hired WCRS this summer to take it in a new direction. Mother’s final spot for the brand launches this month, bringing the seven-year relationship to an end. Comparethemarket.com, meanwhile, celebrates the 10th anniversary this autumn of its meerkat campaign, but devastated cuddly toy collectors in May when it ended its meerkat toy giveaway.

It has also been a year of personnel changes in the sector. Sam Day arrived at Confused.com as chief marketing officer in January. In June, Liz Darran became marketing director at Comparethemarket, reporting to CMO Mark Vile. July saw Moneysupermarket’s Darren Bentley promoted to chief customer officer. And this month, Zoe Harris starts work as CMO at the last of the big four brands, GoCompare.com. 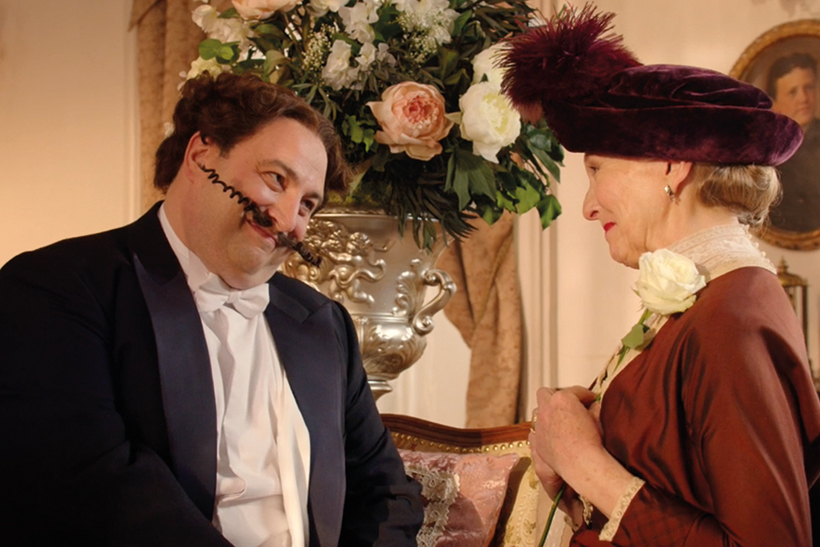 With a new-look set of leaders and significant changes to marketing strategy taking place, the stage is set for a sector that looks very different to the one we had at the start of this year. But why is this all happening at once?

"It feels like we’re in a marketing arms race," says Bentley, who led the search for Moneysupermarket’s new agency. Certainly, the sector’s spend is huge. Moneysupermarket spent £26.4m on traditional media in 2017, according to Nielsen – slightly less than GoCompare (£28.4m) and Confused.com (£33.7m), and far less than Comparethemarket owner BGL Group (£47.8m). Of course, these figures don’t include the large sums these brands spend on channels such as search; Bentley says 70% of his budget goes on direct response, a figure he is hoping to reduce. 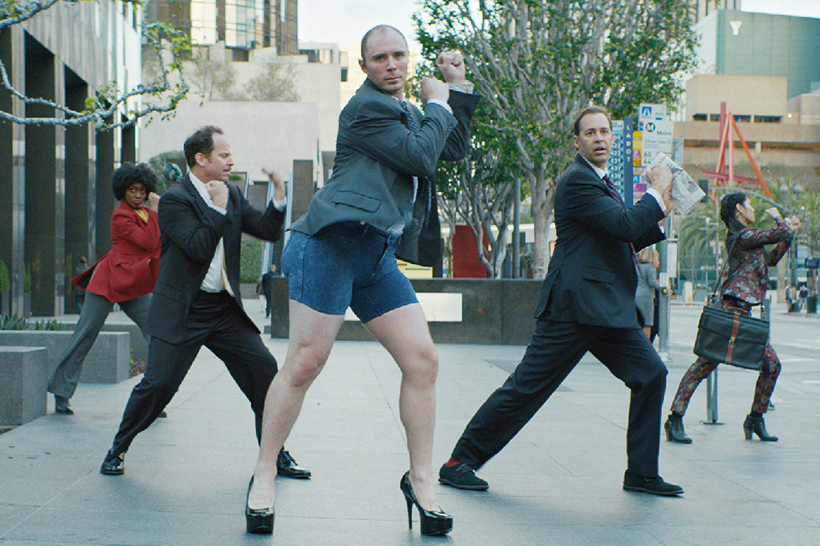 While full of praise for Mother’s work, Bentley has been candid about the need to make Moneysupermarket more famous for its product that its advertising. The ads might be brilliantly entertaining and outrageous but, to Bentley, that isn’t doing the necessary job. "Our current brand platform is about customers feeling brilliant," he says. "We don’t feel that’s an insight that’s differentiated."

Worse, it could lack truth. There’s no doubt that when price comparison was new, it offered a thrill to a certain type of canny consumer, but as it has become the normal way of buying, Bentley believes that’s dissipating. "We don’t always leave people feeling epic," he admits.

Up to now, all four brands have put much of their energy into creating campaigns that burrow deep into the brains of consumers and don’t come back out, in the hope that their meerkat, opera singer, car-sharing TV star or hot-pant-clad businessman will spring to mind when it’s time to buy insurance. But, according to Day, the tendency towards "big, noisy brand characters" is self-defeating – a kind of tragedy of the commons for price comparison as a whole.

These kind of campaigns were inevitable, Day thinks, because "there’s a natural customer disinterest – no-one runs towards buying car insurance in the morning". But, he argues, the current situation – in which multiple players are distinguished only by their branding – contradicts the very reason price-comparison services were created.

When Day joined Confused.com from RAC, he started by looking back to the founding of the brand in 2002. "I see a lot of territory in trying to go back to the original purpose, clearing up the noise, clutter and confusion. The brand name is really interesting – by creating itself, it did the job, but then the category has started to fall back into a world of confusion," he says.

For both Bentley and Day, protecting and growing market share means offering something more substantial. Bentley is focused on areas such as streamlining remortgage applications – an example of "clear customer barriers we want to remove". Another opportunity is in encouraging more customers to regularly switch energy suppliers, which he says will almost always save people money.

Confused.com, meanwhile, is trying to rise above the noise by focusing its proposition on drivers, though it continues to offer other insurance, utilities and financial products. This strategy could already be seen in the campaign with Corden – known globally for his Carpool Karaoke skits – but it is now shaping the product strategy too. In April, it began aggregating second-hand car buyers, and it is putting more emphasis on car-finance providers, which Day presents as a big pro-consumer move. 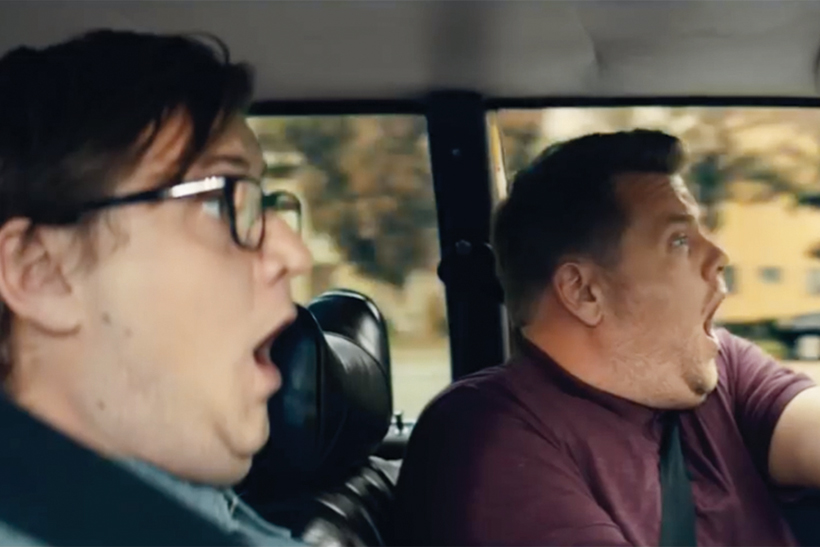 "We did some testing in June and it shows that customers don’t understand the APRs they’re paying when buying a car, or that there are other options available," he says. "We think we can save about £1,000 for the average person buying a car."

GoCompare currently points to its "savings as a service" strategy, introduced earlier this year, which a spokesman said was about using tech and product improvements to "make the process of finding and staying on the best deals less of a chore and more automatic".

With its considerable budget and strong position in the sector, Comparethemarket could feel more comfortable sticking with its familiar incentive strategy. It might have stopped doing the toys, but its Meerkat Movies scheme (the offer formerly known as Orange Wednesdays) has given away more than 10 million cinema tickets in three years and, in July, it used a trio of ads to launch Meerkat Meals, a two-for-one dining offer in partnership with Tastecard. 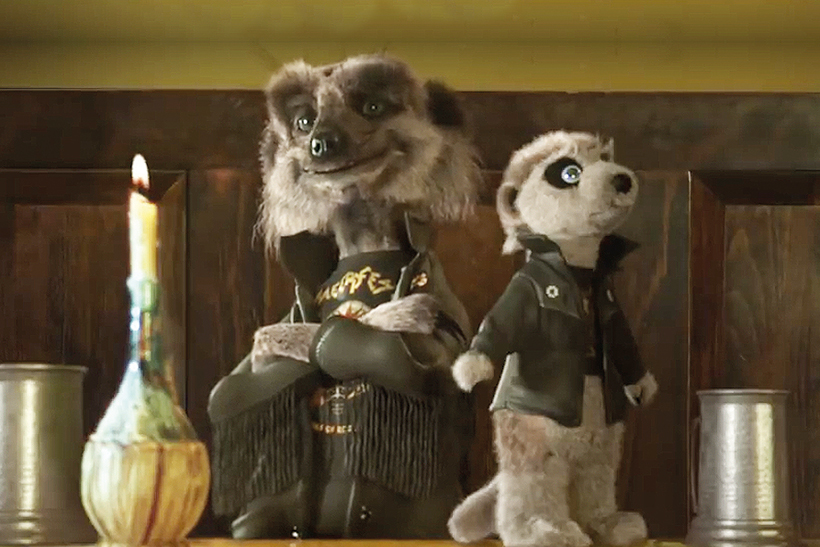 A survey of 1,012 UK adults carried out for Campaign last month by Toluna suggested Comparethemarket has plenty of reasons to stick with its strategy. When asked which factors would encourage them to choose one price-comparison site over another, 41% of respondents cited free gifts or perks, behind only positive word-of-mouth (50%) and a user-friendly website (49%).

Bentley admits there is room in the market for brands to appeal to consumers in a range of ways – but he is critical of the direction in which Comparethemarket has moved. "The toys were completely linked," he says. "That’s an incentive that is adding value to their brand." In contrast, he sees Meerkat Meals, which is almost identical to the Dine membership offered by GoCompare, as a cruder attempt to "bribe customer loyalty".

He insists he would never rule out offering something similar, as long as it didn’t become "another way of racing to the bottom". However, for the time being the focus will be on deepening and improving the consumer experience. "Those are more meaningful benefits than paying half price at Pizza Express," Bentley says.

Fans of Moneysupermarket Dave’s gyrating booty need not worry, though: it isn’t quite the end of an era. While Bentley says the new work from WCRS will aim to move beyond the "flippant" approach the sector has taken in the past, it won’t completely ditch its heritage.  "Humour’s a big part of what we have," he says. "Customers have come to expect that. Salience within our category is going to remain critical. 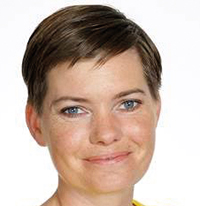 Zoe Harris
Before joining GoCompare this month, Harris spent most of her career in the media industry, with marketing jobs at ITV, NBC, Hearst, MTV and Channel 5, then working on the Sky account at WCRS, before becoming Trinity Mirror’s group marketing director in 2013. 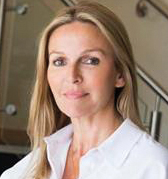 Liz Darran
While Mark Vile has been at Comparethemarket since its 2006 launch, Darran arrived in June this year from software company Intuit. Previously, she was at WCRS alongside Harris and left at the same time – in her case, to become brand director at former client Sky. 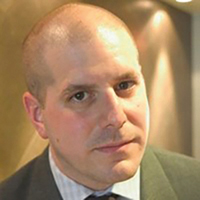 Sam Day
Motorists are familiar territory for Day, who before joining Confused.com spent five years apiece at the AA and RAC, heading up customer retention and acquisition, respectively. This was punctuated by four years in marketing at Microsoft. He was at HSBC before the AA. 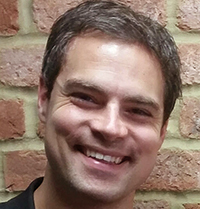 Darren Bentley
Unusually for a marketer, Bentley has a media agency background, having spent five years at PHD before joining Moneysupermarket Group in 2012. He spent two years on performance media, and then led marketing for sister brand Travelsupermarket.com until 2016.

Anomaly, Droga5 and TBWA in contention for GoCompare ad account

GoCompare on hunt for creative agency

Beagle Street appoints Above & Beyond after four-way pitch

Moneysupermarket.com dumps Mother and puts ad business up for review