Pernod Ricard, which owns brands including Absolut Vodka, Chivas Regal and Beefeater, will be teaching consumers how to make their cocktails look beautiful on Instagram. 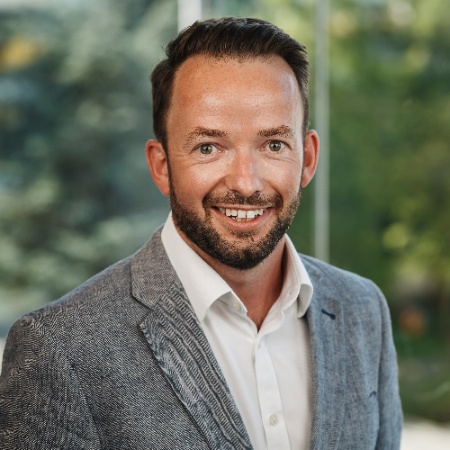 The company’s upcoming programme of events will send people on a fairy tale adventure and plunge them into the heat of the Caribbean.

Daniel I’Anson (right), brand engagement and advocacy manager at Pernod Ricard, was speaking to Campaign following a roundtable to discuss the company’s full-year results, at which it announced the creation of a new a business unit, the Gin Hub, to put more firepower behind its fast-growing gin brands.

Pernod Ricard’s brand engagement and advocacy team runs events aimed at consumers and the drinks trade, designed to "help them use our brands in the most interesting and engaging way for them," I’Anson said.

When speaking to bartenders, he said, Pernod Ricard was undergoing a shift in emphasis: "In the past everything from companies like us has been about education – facts are really important but no one has ever drunk a fact. What consumers are looking for from their bars and festivals are engaging experiences, with innovative drinks that taste amazing."

With consumer events, I’Anson said, "it’s about breaking down the mystique of cocktail bartending into smaller chunks".

An increasing number of consumers want to make cocktails at home, he said, but don’t have the right equipment or all the ingredients. This meant the team is shifting its focus towards simpler recipes and more emphasis on "executing them really well".

As a result, Pernod Ricard is teaching consumers how to achieve the "theatrical impact" of a good cocktail serve, but also emphasise the visual presentation.

"We’ve all seen what Instagram has done to food," I’Anson said. "If you go to bars like Dandelyan [on London’s south bank], the look of the drink has been pre-engineered to look good on Instagram."

This factor is set to increasingly influence Pernod Ricard’s events; it is currently planning a cocktail-making class for Cognac brand Martell later this year, which will teach attendees how to garnish and photograph their drinks for Instagram.

Pernod Ricard has a series of events planned for London Cocktail Week, which runs this year from 2 to 8 October. It will be bringing back "The art of blending", a Chivas Regal event that invites consumers to blend their own whisky, which will run until December.

The event attracted 5,000 people last year, I’Anson said, with this year expected to be bigger still.

There is also an event for Havana Club, which takes place in a black box and recreates the sensory experience of being in Havana: the heat, humidity and smell. "That’s following the principle that drinks always taste best in their home environment," I’Anson said.

And German gin brand Monkey 47, which Pernod Ricard acquired a majority stake in last year, will get an experience taking place in a strange environment, Consumers will be handed the basis of a cocktail and invited to walk down a yellow brick road, before taking one of two paths – one leading to a ferris wheel, the other to a forest – and selecting from a choice of ingredients with which to augment their cocktail.

Pernod Ricard works with Made Up Productions on the Chivas and Monkey 47 events.

The current popularity of gin, with lots of craft brand entering the market in recent years, means it is "a very noisy category at the moment," I’Anson said.

That means making the most of heritage in the marketing of the brands that have it, he added – including Pernod Ricard’s three main brands, Beefeater, Plymouth and Seagram’s. "I think you need to be clear about what your message is to cut through the noise," he said.

Rooting out the click forgers - is the net closing on fake influencers?