The betting brand is marking its 30th anniversary with a 'Museum of Mischief' in Dublin this week.

Betting on a snail race, trying to hit a hole in one while wearing a pair of blurred goggles and attempting to grab as many complaint filings about Paddy Power’s 2014 Oscar Pistorius ad in a wind turbine – these are just some of the interactive elements employed by the betting brand to mark its 30th anniversary this week.

Paddy Power didn’t realise it was approaching a big birthday until Irish agency Catapult pointed it out to the marketing team last year. The brand initally decided against celebrating this anniversary, but eight weeks ago the marketing department changed their mind and now the two organisations have set up a temporary museum in Dublin to remind customers of some of the biggest stunts Paddy Power has pulled over the years.

"For us, it was important that it was not tooting our horn or a walk down memory lane," Paul Mallon, head of major brand activations, tells Campaignafter a tour of the "Museum of Mischief" as builders who have been working around the clock add the finishing touches. "We wanted to look at some of the things we’ve done but move them on, make it interactive, make it experiential, make it twisted." 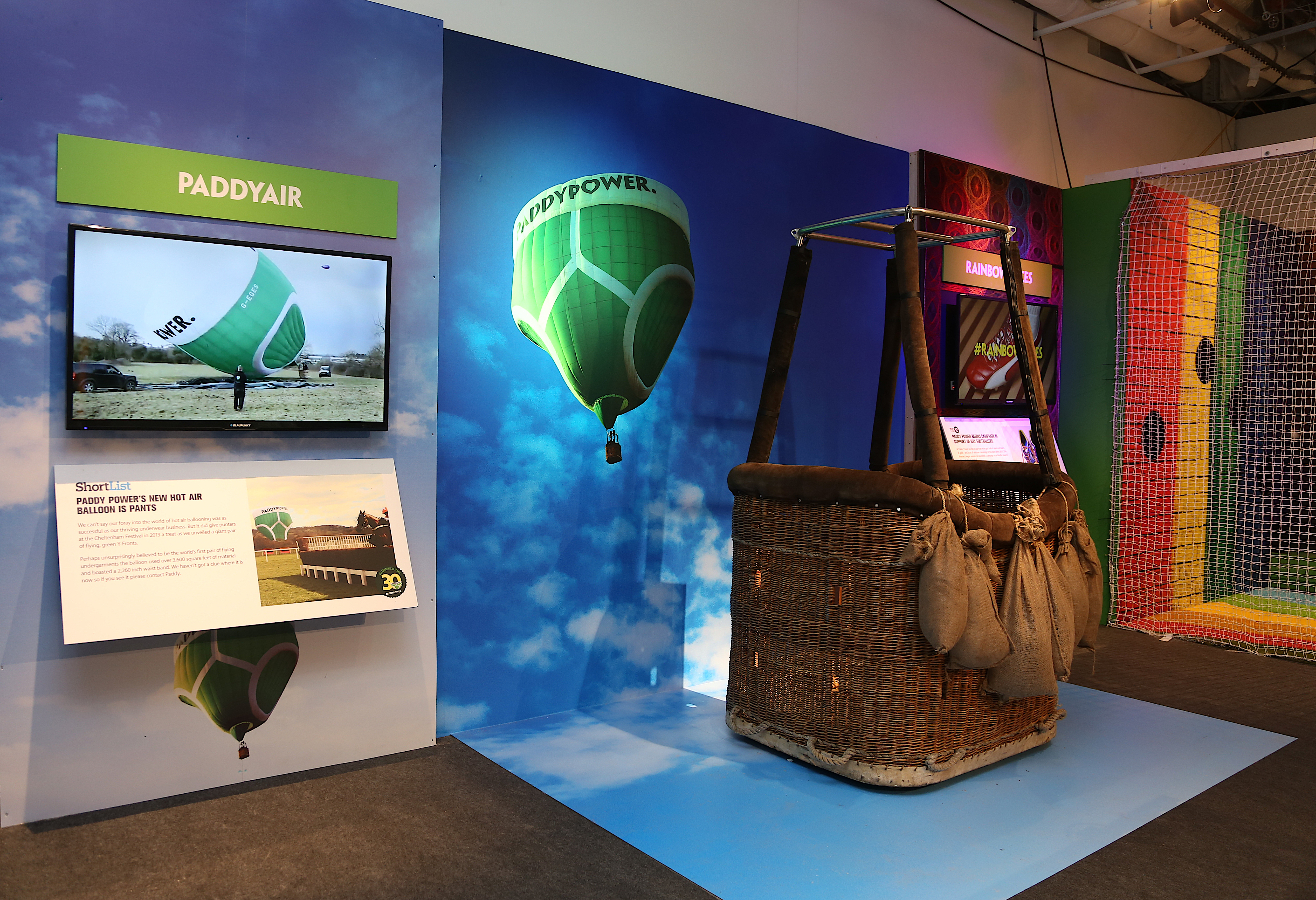 And it’s all of those things, without losing Paddy Power’s humorous side. There is an Amazon-themed petting zoo, with animals such as a crocodile rescued from the Amazon during Paddy Power’s "Shave the rainforest" stunt around the 2014 World Cup; a "Lucky Pants Lab" covering the different ways the brand has used pants in its marketing; a "Polar (Bear) Bar" serving tranquiliser dart shots; and a "Department of Complaints" with some of the brand’s most complained-about work.

Paddy Power is clearly not afraid of creating big stunts – just last month, it set up a huge drive-through confession box in the middle of Dublin ahead of the Pope’s visit. But Mallon says that creating this museum has been "a steep learning curve".

He’s not phased by it, though, and welcomed being taken out of his comfort zone. "I really, really enjoy giving people a 'what the fuck' experience," he says. "Just shaking people’s preconceptions of what’s going on. That’s not a new marketing trick by any means, but I think it’s starting to get more vanilla and [brands are] afraid of reaction.

"It’s important to do provocative things, but not just shocking for the sake of it, like with the polar bear or the Amazon forest – that had a bit of a heart underneath it all. We certainly just don’t want to piss people off for the sake of it."

The term "shockvertising" comes to mind, but Mallon is quick to explain that it's not something that has ever been mentioned within the marketing department. He looks back – in shock of what was acceptable then – at a 2011 press ad with a provocative image of former Big Brother contestant Imogen Thomas, who allegedly had an affair with footballer Ryan Giggs. Incidentally, the work is displayed in the "Department of Complaints" in the museum this week.

"It seemed appropriate at the time in terms of an FHM era," Mallon explains. "And now you look back and go: ‘Wow, did PR really look like that back then?’ So we have moved on, but I’m not going to say we’re not going to be shocking ever."

He adds: "We have this thing about balls of steel, heart of gold. I think it’s very rare now that you’ll see us churn something out that is just shocking or just trying to rub people up the wrong way. It gets harder to punch upwards as well, in that we’re a big company [approximately 8,000 staff]. As you get bigger and do this for a long period of time, you’re going to run out of tricks if you keep going down that road."

Mallon doesn’t think there’s a lack of appetite for making "clever work with a twist". This, he explains, all sits in the art of copywriting. "You can still make an impact and show that you’re not just doing it to be a cynical company and getting in on the act or something," he explains. "The LGBT+ causes – we are committed to long term."

This type of marketing, he says, is all around the Paddy Power brand and is now a clear strategic focus for the marketing team. 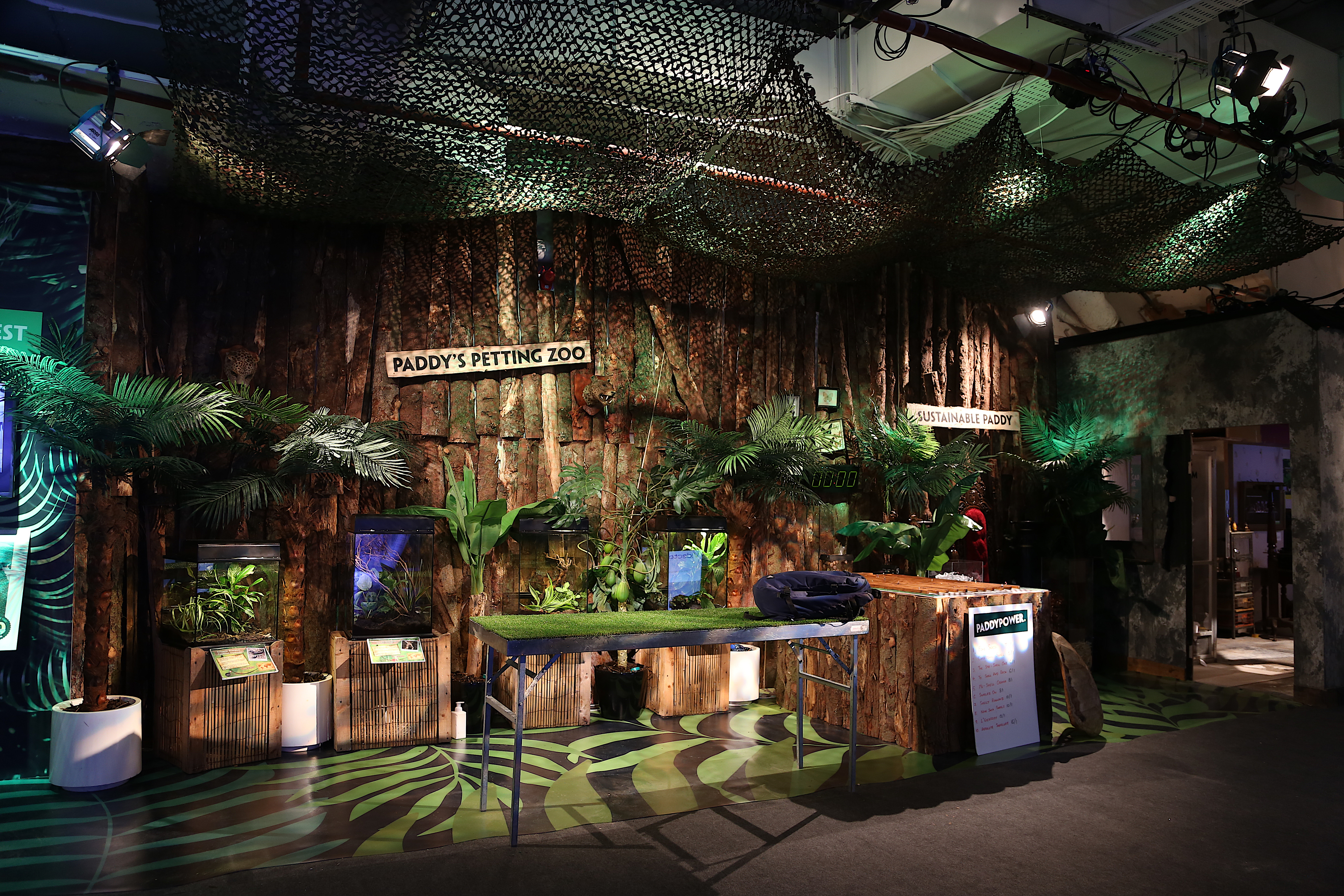 The way Paddy Power works with agencies has also changed. Mallon now sticks to a core of Officer & Gentleman, Pitch Marketing Group, The Public House, Synergy and Taylor Herring. Instead of sharing a brief out wide and becoming "swamped" with ideas, he prefers to approach agencies he’s familiar with and trusts.

In the future, Mallon says that "working with people to create mischief is going to be an interesting route", so the company will be making the most of sponsorship rather than just a "badging exercise".

There are also plans to create more long-form sports content – an area that Mallon thinks is a "white space". At this week’s museum activation, for instance, each evening Irish journalist Eamon Dunphy interviews special guests, including jockey Ruby Walsh and former Ireland football manager Mick McCarthy, for an invite-only audience. These interviews will later be turned into 25-minute online documentaries. It's a bet for Paddy Power, but the odds of it succeeding look to be shortening.

Paddy Power adds Motherwell FC to 'Save our shirt' campaign

Paddy Power marks 30th with museum of its best ads