Mother's joint ECD explains why the creative agency wanted its giant breast to be unmissable on Mother's Day.

A giant inflatable boob? How did we get here? Let’s start from the beginning.

The two stripes are still bright on the pee stick when the judgment disguised as well intention begins. For 40 long weeks, pregnant women have to carry around, alongside the weight of their growing babies, a heaping load of unsolicited advice:

"You really shouldn’t be drinking any coffee."

"But green tea is still filled with caffeine."

"Have you checked if that cheese is pasteurized?"

"How much weight have you put on? Because that bump is looking more eight months than six."

"You must do hypnobirthing / yoga / NCT / Pilates."

"And since your credit card is out, make sure you get the really expensive pushchair that you will only use for six months and then sell on eBay because it doesn’t go through any regular door." 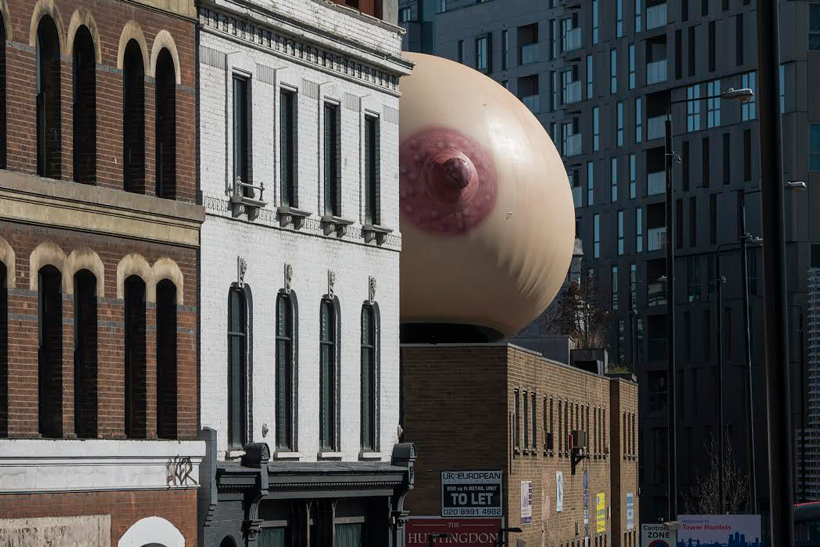 From maternity bra to birthing method, everyone including the bus driver and that stranger you got stuck on a lift with, seem to have an opinion that must be shared. It’s not surprising that once the bump is replaced by a wriggly, crying, excreting and constantly hungry bundle of joy, the intrusiveness turns into an art form. So much so that scientists have been compelled to research it. According to a Cardiff University study published last week modern mothers feel constantly watched and judged. And no area of motherhood is more prone to scrutiny than how she chooses to feed her baby. It was followed with another study from Public Health England later in the week.

As if getting any form of nutrients through a baby’s mouth wasn’t complicated enough, women who do manage and choose to breastfeed need to deal with the added risk of attracting negative attention when doing so in public. It’s not quite clear what so many people find offensive about a lactating breast that they don’t with a Page 3 one, so after reading the research and testing it a bit further we wanted to help make a difference. Our survey of 1,000 mums confirmed what we’d suspected: 36.1 percent felt judged, and a staggering 61.3 percent felt embarrassed whilst breastfeeding. Cafés or restaurants were felt to be the least welcoming places (58.1 percent), followed by public spaces (29 percent), public transport (25.8 percent) and other people’s homes (22.6 percent). In contrast, thankfully, just 4.8 percent of mothers felt judged or embarrassed in their own homes.

Applying our admittedly non-scientific methods, we built an anatomically correct, inflatable, six-meter tall lactating breast and took it to a place where people would notice, the roof of a building in the heart of London.

Six meters is quite imposing, and even in a large open space it was literally unavoidable. Surprisingly though, bar a couple of dropped jaws, and some barking, the attention it got was overwhelmingly positive, which make the disapproving looks and cruel comments mothers receive when partially revealing a breast in public whilst feeding their hungry infants the more absurd.

We wanted our giant breast to be unmissable on Mother’s Day. To make people take note and perhaps even chuckle. To spark conversations and challenge behaviors. Above all, to celebrate every woman’s right to decide how and where they feed their children without feeling guilty or embarrassed about their parenting choices.

This Equal Pay Day, work to align perception with reality