As the world finds itself in fevered excitement for the new iPhone 6 and iPhone 6 Plus, not to mention the Apple Watch, you could be forgiven for overlooking the significance of another milestone for the company last week, says Zac Pinkham, managing director, EMEA, Millennial Media.

Last Wednesday (17 September) night, Apple released iOS 8 unto the world, the latest version of its operating system. Available for every iPad apart from the first generation, and from the iPhone 4s onwards, changes made to Apple’s OS will impact marketers far and wide as consumers adopt the latest update.

Slower adoption of iOS 7 was, in part, due to the fact it was such a dramatic change in Apple’s software

Each time there is a new iOS release, we dig into our platform – which sees billions of impressions every month from more than 60,000 apps and sites – to analyse consumer adoption and usage. Looking back to iOS 6 and iOS 7, both achieved triple digit growth at release. While the 185% daily growth for iOS 7 was impressive, we looked back at the first week of growth for iOS 6 and saw that it grew an average of 264% daily.

We believe that the reason for slower adoption of iOS 7 was, in part, due to the fact it was such a dramatic change in Apple’s software. Unlike iOS 7 before it, this latest update is a gradual change to Apple’s mobile operating system rather than the complete overhaul. As such, we expect to see similar first week patterns more akin to iOS 6.

When you compare iOS to Android, however, consumer adoption of the latest software tells a very different story. Android is a heavily fragmented market, with many different manufacturers releasing updates at different times. Consequently a lot of consumers are still on legacy systems. For marketers, iOS can present a more consistent and easily scalable landscape with which to engage consumers on.

Away from impressions, other changes for marketers to consider include the introduction of ‘Health’ and ‘Family Sharing’.

Health is a body and activity tracking app that's built into iOS 8. This app will collect new types of data about consumers, telling new stories about their lifestyles, habits and interests. Perhaps more reliant on the arrival of Watch in 2015, this app has the potential to become a complete hub for Apple users. Imagine, for example, a sports drink brand that can leverage different data signals to see when someone has completed a run, and then direct them to their nearest store with a discount for their drink.

As for Family Sharing, iOS 8 will introduce new features that allow family members to access each other’s content and apps. This one seems to naturally lend itself more to iPad users, a device that sits most frequently in the home. 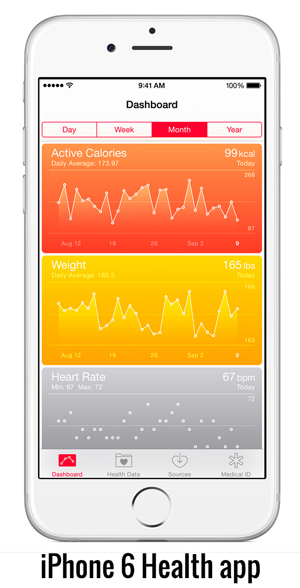 In the battle for the connected home, this type of cross-device connectivity and content sharing introduces some interesting new opportunities for brands to target and connect with consumers. In this case it’s easy to imagine possible scenarios for brand engagement. One such could be a record label that sees a family member sharing one of its artist’s albums, then promoting group tickets to a live gig across the family’s different devices.

In the UK in particular, these types of updates to Apple’s OS are especially important. As the top country in EMEA for impressions on our platform, iOS (44%) is almost neck and neck with Android (45%) for share of UK ad traffic. This importance is underlined when you compare iOS traffic with other EMEA markets, where Apple’s share is significantly lower – 28% in France, 18% in Germany and just 15% in Spain.

So as we gear up for the release of iPhone 6 and Apple Watch, marketers must also ensure that they are taking a keen interest in the operating systems that power consumers’ mobile devices. Those that will really push the mobile envelope will go even further still, looking at how consumers are using that software in their everyday lives as they move across screens, places and media, and applying those insights to their marketing strategies.

Why brands need to adapt to fluid forms