Absolut is marking its long-standing support for LGBT rights with a provocative new film created by Bartle Bogle Hegarty.

The agency was appointed as the global creative lead for the Pernod Ricard-owned vodka brand last October, after four years in which Sid Lee had held the account.

The new film, "Equal love", features a string of individuals – men and women, young and old, and of all ethnicities, lifestyles and walks of life – taking part in a choreographed kissathon. It is soundtracked by the 1961 song There’s No Other (Like My Baby) by The Crystals.

Gaia Gilardini, global comms director at Absolut, told Campaign that while the release of the campaign coincided with Pride in London, its themes were broader than just LGBT+ acceptance and inclusion.

"We wanted to bring to life one of our core values and beliefs, which is that everyone should be free to love who they choose," she said.

"It uses a kiss as a metaphor for this expression of acceptance. But it’s a broader idea of acceptance – it’s not just tied to sexuality. Freedom to love who you choose goes further than just sexual preference."

The ad was created by Felipe Guimaraes and Lambros Charalambous at BBH and directed by Aoife McArdle through Somesuch. The media agency on the campaign is Fullsix.

The film will run online, and acts as the launch of the brand’s new marketing platform, "Create a better tomorrow, tonight".

The brand has also taken an installation in one of the escalator tunnels in Oxford Circus tube station, on the route of the London Pride march this Saturday. Further touchpoints will be revealed in the coming weeks. 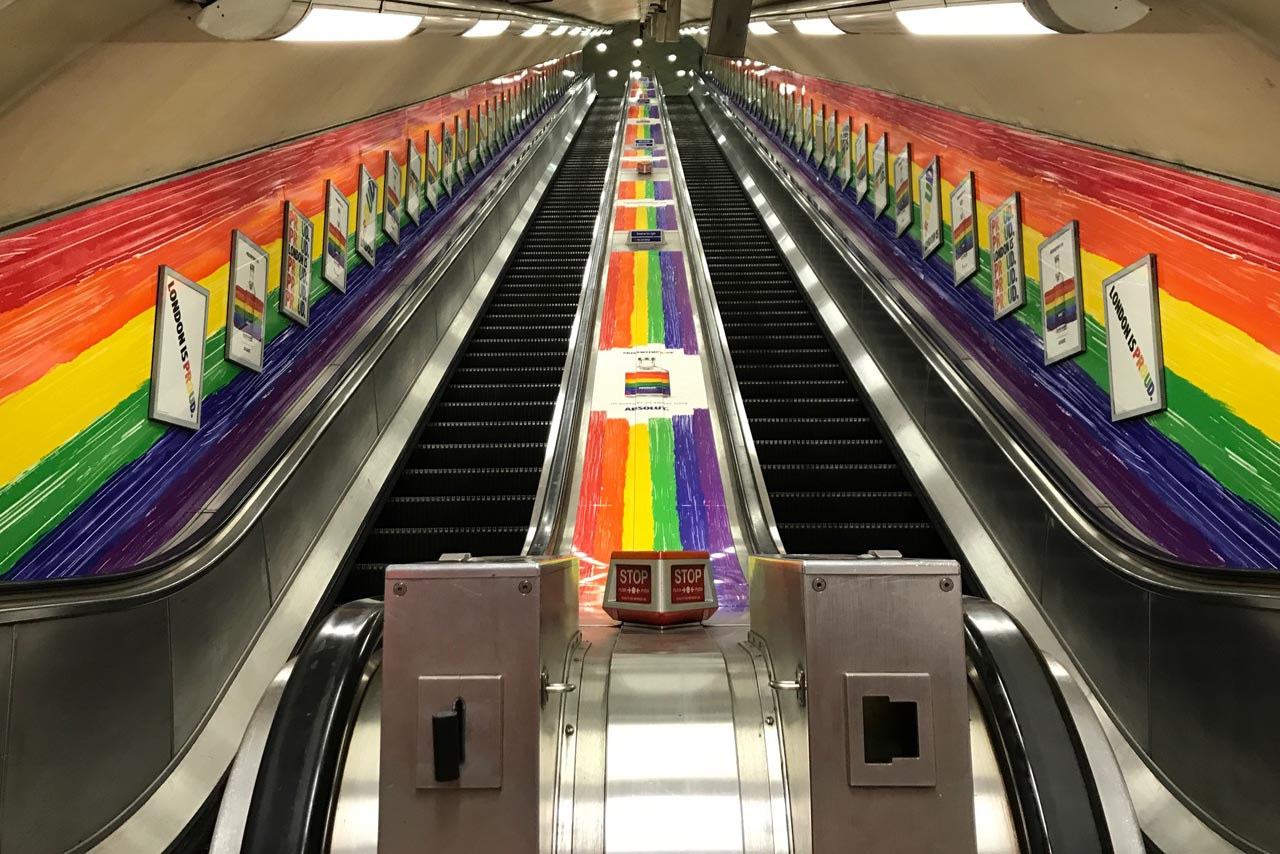 Both LGBT+ acceptance and broader ideas of diversity are key themes in the history of the brand, Gilardini said: "Through our marketing campaigns, we’ve always supported diversity – the right for people to express their true selves. We’ve done this through the artistic collaborations we’ve done."

In terms of concrete acts of support for the LGBT+ community, Absolut’s track record goes back to 1981, only two years after the brand was launched to the global market, when it began advertising in US gay magazines The Advocate and After Dark – media that leading brands at the time wouldn’t go near, for fear of alienating mainstream opinion.

Later this year, it is partnering with Stonewall in a campaign marking the 50th anniversary of the 1967 Sexual Offences Act, which began the process of decriminalising sex between men in the UK. The campaign will draw attention to the fact that it is still illegal to be gay in 72 countries worldwide.

It is far from the only brand using LGBT+ themes in its marketing at the moment – rival vodka brand Smirnoff, for a start, is a sponsor of Pride in London, and took aim at homophobic online trolling in a recent campaign.

Gilardini is encouraging of this trend, rejecting the suggestion that there is an element of opportunism or bandwagon-jumping in brands’ embrace of LGBT+ rights.

"Having more brands joining this conversation is definitely good, because it allows people to discuss this topic," Gilardini said.

It is fine to arrive late to the subject, she added, as long as a brand’s marketing is not just empty words – it should demonstrate a desire to make a difference in some discernible way.

Absolut issues creative call to arms for a better world