New technology is shaking up every industry. 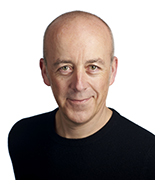 Websites disrupt newspapers, artificial intelligence disrupts customer service and digital media’s increasing impact on advertising is acute. But smarter people than me have described disruption itself as an adolescent phase, and so one that evolves again as the move to adult happens writes Paul Wright pictured.

Nowhere is this more true than our industry.

In the last few years, new media platforms have emerged that have changed the game. Ad exchanges enable large-scale media trading, real-time bidding helps us do it in the blink of an eye – and various flavours of automation let us put the whole thing on auto-pilot.

Many in the industry are in a state of playing perpetual catch-up. Silicon Valley companies have taken more customers’ attention via their technologies and reshaped the advertising market, often marking their own homework and creating their own metrics.

When both sides of a market are protesting, you know something is wrong

The transparency outcry
Suddenly, publishers and ad buyers are crying foul over insufficient insight into true spending, actual decisions and real results. When both sides of a market are protesting, you know something is wrong.

Yet every part of the industry was complicit in its current challenges. Publishers, agencies, tech companies, Silicon Valley and clients have enthusiastically allowed disruption but at the same time have turned a credible media-buying model into a monster. Adtech has taken much of the blame for this even though it involved the whole ecosystem.

This was not the kind of disruption we wanted. The original disruptors of adtech and the wider ad industry need another disruption to reset for the future and grow up properly in this digital world.

An ever changing game
Across all industries, professionals are now used to the rules of the game changing every few months. Everyone has to adapt to new ways of working because, if harnessed correctly, the opportunities and possibilities should outweigh the challenges.

Disrupting the disruptors means fighting back against bad industry practice. It means demanding and creating brighter and more equitable future operating conditions. The new disruption must be both vocal and technological. We must "unbox the black box". The black box includes trading practices, technology, agency remuneration, client expectation, media choice and the ethical practices of business in the future.

We all must work collaboratively. This is always challenging, people often don’t want change, but I sense now there is a growing desire for something better. After all, advertising plays an important role in supporting the content we all enjoy.

In the wake of disruption
Fortunately, the quake of the new disruption is beginning to rumble in the digital advertising industry, and perhaps that’s where it needs to start. These may be early days but as with all disruption it starts quietly. And it is the battle against fraud that serves as base camp.

In the UK, the Joint Industry Committee for Web Standards (JICWEBS), is auditing vendors against the UK Good Practice Principles. These principles aim to set out best practice for reducing the risk of unsafe or fraudulent advertising online. Buyers can now insist on only working with suppliers who are JICWEBS accredited. TAG in the US is following a similar path.

Ads.txt, the new IAB technology that will allow publishers to host a file describing the platforms permitted to sell inventory, is another promising way to legitimise trading and is gaining traction quickly. Blockchain may also improve matters, implementing a public ledger of all transactions in the ad trading chain.

Clearing a path forward
Big players from Silicon Valley have appeared in a new light after the ‘fake news’ issues around the US election and Brexit. Hopefully major change comes here as they are dragged reluctantly to accept responsibility for content on their platforms and that their dominance affects the very ecosystem in which they make their money. At the moment these issues have had little effect on income. When it does, expect rapid change.

As we deal with ad fraud, its disruption to existing models is clear. Transparency of placement is also creating a wider call from transparency across the chain. This is having a much wider impact.

ISBA’s new contract placed transparency at the centre of a change in media agency and client contracts. A chat with a CEO of a media agency recently revealed that all pitches they had seen this year had transparency at their core. Finally, Independent media agencies, who have been saying for years the major networks have got it wrong, are being heard and winning business. This is starting a ripple effect; a wave of adtech platforms are beginning to feel the reverberations; the new clamour for transparency is impacting their value and making daily operation more difficult.

Independent media agencies, who have been saying for years the major networks have got it wrong, are being heard and winning business

Consolidation is occurring and companies are moving to new models. Some think that pure software-as-a-service models will be the future but for many tech companies this is a complete reinvention that requires a rebuild. At a recent interview with a candidate I was told that the platform they operated optimised to arbitrage and they could not change it. I did not need to ask why they were looking to leave. Technology in my view should be an enabler of marketing effectiveness, not a black box of margin manipulation.

It does not end there, more disruption is coming. GDPR takes effect in May 2018. Data transparency will be the next major disruption to make marketing more accountable to consumers.

After years in which the platforms and the intermediaries set the rules of the game, it is they which are now impacted. The pendulum is swinging back towards advertisers and the wider general consumer. And it’s about time.

A brighter, more transparent future is just around the corner. In this industry we are all consumers as well as customers. The advertising industry needs us to keep disrupting the disruptors to get us to a better place.