The company leverages its own gig platform for internal projects and creative work.

When Fiverr promotes the breadth and depth of its freelance community, it’s not just lip service.

The online marketplace for freelance services regularly hires its own professionals to support internal projects on everything from animation and production to SEO support and more.

At first, Fiverr, founded in 2010, would tap into its member base when it was still a fledgling company, mainly asking freelance experts to help with PR or social media.

"I joined the month after we got our first round if funding. My budget was laughable," said Liron Smadja, Fiverr UK team director of local marketing. "I had to be innovative with the budget, so I would get to know our sellers really well."

Eventually, Fiverr wound up hiring one of the sellers full-time because he was handling social strategy for the company from the beginning.

Once Fiverr began to grow, Smadja said he was able to ramp up spend and focus on some robust internal projects, like Fiverr Rockstars in 2019. To prove that any project can be a success if done with the right experts, the company teamed up with 24-year-old Hamburg musician Lioba, allowing her to focus on her solo career and letting Fiverr freelancers handle the rest.

Smadja said the company tapped into its members for social media support, video capabilities and more. Fiverr even set up Lioba with a producer from its marketplace. Together, the freelancers -- all from different countries -- built up her brand, which culminated in a sold out show in Hamburg.

Over the years, Smadja said he’s worked with many of the same sellers over and over again, including a man named Wayne in a small town in the United Kingdom who was part of Fiverr’s first community event and has helped the company with SEO for years. Today, Wayne has made more than $1.5 million on Fiverr, has his own agency and drives a yellow Ferrari.

"Many people have built their business on Fiverr," said Smadja. "It’s one of the key drivers of the gig economy and it’s an opportunity globally."

Fiverr is currently doing some work on the policy level to help advance how governments view the gig economy, more simply known as a workforce based on freelance, flexible and contract-based jobs.

Lina Ortega, a Fiverr freelancer and stop motion content creator, told Campaign US that freelancing can be a bit isolating at times, which is why working with Fiverr on projects is "truly refreshing."

"I’ve been able to connect with the in-house team on a personal level and they always encourage me to be as creative as I can be. To me, Fiverr has been more of a partner than a platform," she said.

Adam Winograd, U.S. brand manager at Fiverr, is in charge of the company’s case studies, which he said he always uses freelancers to help produce. Winograd joined Fiverr in 2017 when online video platform Veed.me was acquired in 2017, where he previously served as head of customer experience and sales.

In addition to case studies, Winograd has worked with Fiverr freelancers on a number of fun, important projects, such as its celebration of Pride Month last summer and the 50th anniversary of the Stonewall riots.

He said he and his team reached out to Fiverr sellers who identify as members or allies of the LGBT community, and hired stop motion artists, animators, videographers and more to put the project together.

Fiverr also partnered with P&G on a Venus brand campaign about a year ago, where it addressed the lack of female representation in Hollywood in short films produced by poets, animators, producers, directors and more within its freelance community.

Last summer, Winograd said Fiverr even teamed up with its sellers to help with an activation for the New York Stock Exchange as part of its IPO. Fiverr incorporated its members in a wide range of aspects for the IPO, including media placements, banners, a mural and five Wall Street bull statue designs. 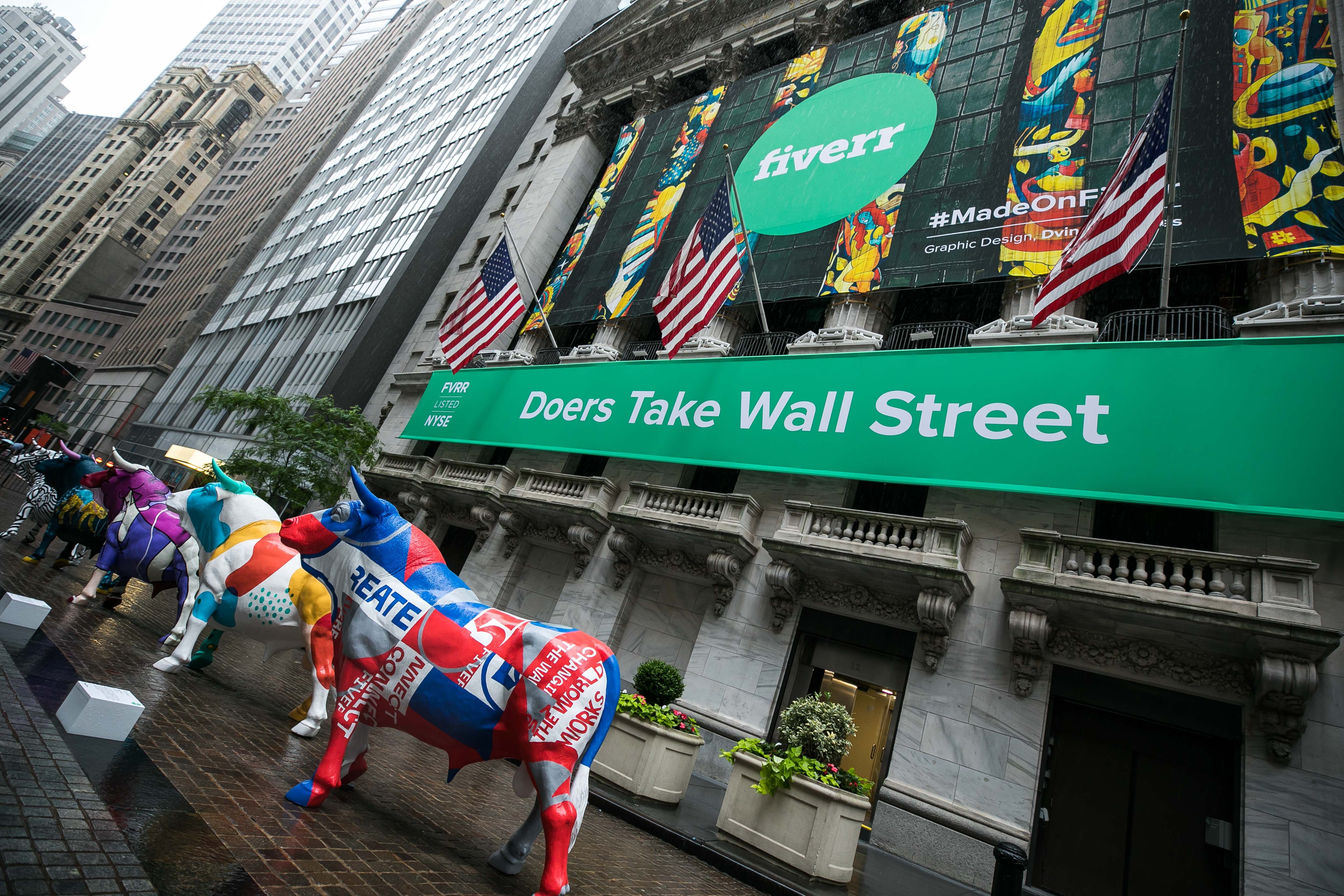 According to Steffen Heil, Fiverr freelancer and graphic designer, his work with the company’s team on internal campaigns has always been "an incredible experience" and has "made stuff happen for me that money will never be able to buy."

"For instance, through my work with them, I recently had the opportunity to work with idols of mine, including Anthony Fantano and Wyclef Jean," he said, "and I had the once-in-a-lifetime opportunity to fly with the Fiverr team to Italy to watch a race car that I designed in action. I'm flattered that they keep coming back to me for projects and am always quick to jump on anything they need help with."

Do the WeRQ: Meet the new movement that aims to unite and empower adland's LGBTQIA+ community

Fiverr, Pandora and Mekanism reveal biggest pitfalls of being disruptive