Flow, the feature that streaming service Deezer has put at the centre of its latest ad campaign, is not just an instant playlist - it is more like a window to the user's soul, says the brand's top marketer.

The tool looks at the music a user has been listening to and uses machine-learning to generate a list of tracks it thinks they will like to hear, adjusted to factors like the time of day. Users can skip tracks, helping Flow to gradually understand their preferences. 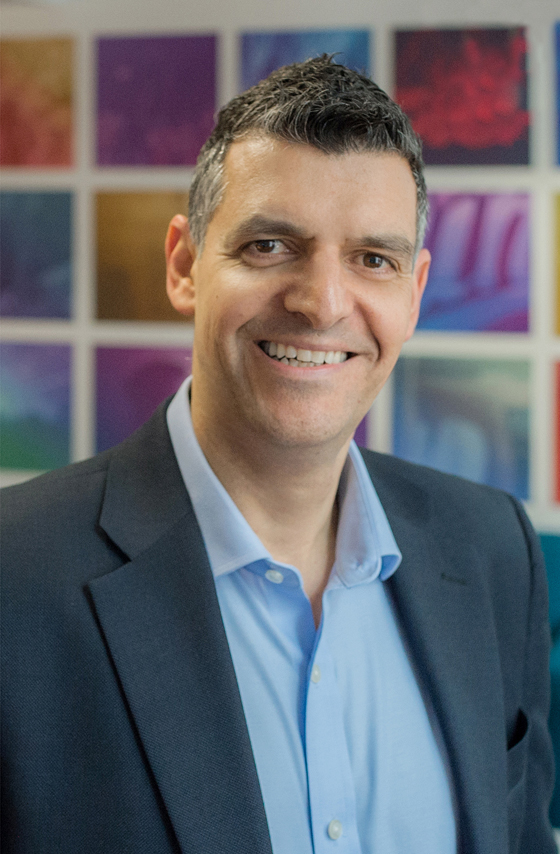 Deezer is confident enough of the appeal of Flow that it has built its newest campaign – the first global push for the brand – around the feature. The new ads dispense with the kooky comedy of previous campaigns in favour of a direct, product-focused message. The campaign was created by PD3

"Flow is a product feature, but it really focuses on the fact that music streaming services have to evolve," says chief commercial officer Golan Shaked.

His vision for Flow, he says, is that as the software is developed, it will bring in data from more and more sources; it is working on using a phone’s gyroscope to detect when the user is running, and in the future could use facial recognition software to recognise their mood.

The result is nothing less than an artistic representation of a person’s personality, says Shaked. The nature of it means users develop a heightened protectiveness, he explains: "A typical Deezer user, once they’ve got attached to the concept, they are very touchy about letting other people touch their app," in case the music they play distorts the algorithm used in Flow.

The app does not currently allow users to share their own Flow with others, but this is something the company has tried internally – a move Shaked says has caused horror among some, who think of it almost like "sending a nude picture of myself a total stranger."

It can also be revelatory, as the preferences Flow might predict can come as a surprise, he adds. "You think, ‘Is this really what I project?’"

An app of few words

A fundamental aspect of Flow is that it’s a "lean back" experience: all users need to do, in theory, is hit play, and the app does the rest.

"When you look at where the industry is evolving, we see smart TVs, even home appliances getting into entertainment," Shaked says. "This is where the lean-back, single command becomes critical."

Shaked is clear that he sees voice control as a technology that has so far failed to live up to expectations: "I use Alexa at home, try to speak to it about a few things, and often she says, ‘I don’t understand’. Companies and brands need to simplify the experience – we are a generation with a very limited attention span."

That attention span, of course, also poses a problem for a challenger in a category that is dominated by a pair of giants, and in which Shaked acknowledges the distinction between brands in the consumer consciousness is often low.

"We need to be realistic about the scale of the companies we’re competing against," he says. "If I came out with a statement that we were going to outrun Spotify and Apple, it would be ambitious but not very credible."

Instead, Deezer’s approach has to be about embracing the "alternative" status and finding new channels through which to reach consumers.

One of these is the messaging around Flow, which Shaked says helps Deezer appeal to a slightly older consumer, who has tried streaming before and is seeking a more sophisticated experience (though he denies his strategy involves poaching customers from Spotify or Apple).

Another is the brand’s partnerships with football giants Manchester United and Barcelona, the activation of which includes playlists created by the clubs and top players. Deezer might not seem at first glance to have the same affinity with the beautiful game as, say, Heineken, but Shaked argues it makes perfect sense for both sides.

"They’re massive brands, evolving to communicate with their fans across the world, and they need ways to do that," he says.

"Music is just one way. When you get to see what those players listen to, what they recommend, they become much more up close and personal." Deezer users are not quite getting access to Paul Pogba’s Flow, but it’s the next best thing.

And then there is Deezer’s relationship with the music industry, which has rejected the exclusivity deals used by the likes of Apple and Tidal, in favour of putting money into developing emerging artists – not least in the grime scene.

Further down the line, "we are going to challenge the way the payment structure pays artists," says Shaked. There are no details at the moment, but the company’s aspiration is to overcome accusations of unfairness that have dogged streaming services since they began.

Like forward-thinking brands in all sectors, Deezer has recognised that consumers increasingly want to reward brands that can demonstrate sustainability – and that’s a factor that applies to artistic development, as much as the environment.

"The 360 approach becomes more important," says Shaked. "Consumers have so many ways to relate to brands, so they’ll be looking at brands from all corners – right down to how they treat their staff."

Spotify may forego IPO and list directly on stock market

Electric Jukebox takes on Spotify and Apple Music for £180

Why Sonos has to sell the disease before selling the cure