Carlsberg has doubled the size of its festival activation, The Danish Quarter, and introduced a series of new features for the second year of the experience programme.

The expereince was designed by Taxi Studio. Carlsberg also worked with the experiential team at Live Nation.

"This is the time and the opportunity for people to actually experience the campaign," Paul Morris, brand activation and sponsorship manager at Carlsberg, said – referring to "The Danish way", the campaign created by Fold7 that launched last year in a bid to increase awareness of the brand’s Danish origins and quality perceptions.

"We’ve got great TV advertising, great social, and when you get here, what we’re trying to create is a little pocket of Copenhagen. It looks fantastic, feels Danish, the staff are dressed differently, the cups are different, and this is the only place on site you can only get Export." 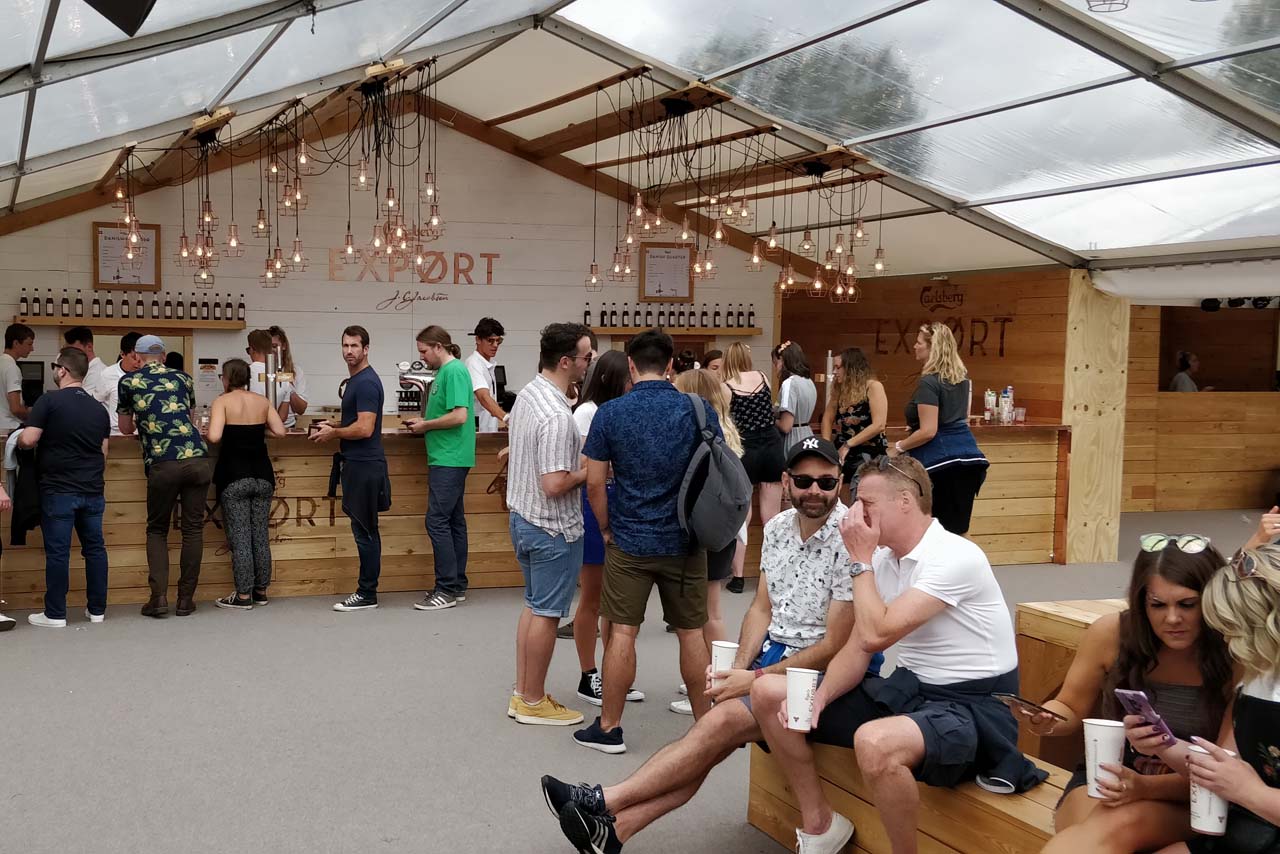 Morris was speaking to Campaign at Rize festival in Chelmsford. Rize has taken the place of V Festival – which came to an end after Virgin decided to end its 22-year sponsorship – though not at V’s other site in Staffordshire.

It was one of three stops the Quarter is making this summer, along with Latitude, which was in July, and Reading, which takes place this bank holiday weekend. It is all about "betterment", Morris said: "what are we doing to make the consumer’s experience better?

"As well as having a mega stylish bar, some of the best DJs and acoustic acts, we’ve got wifi, phone charging… seating is another massive thing. It’s just a really cool space for people to come and enjoy." 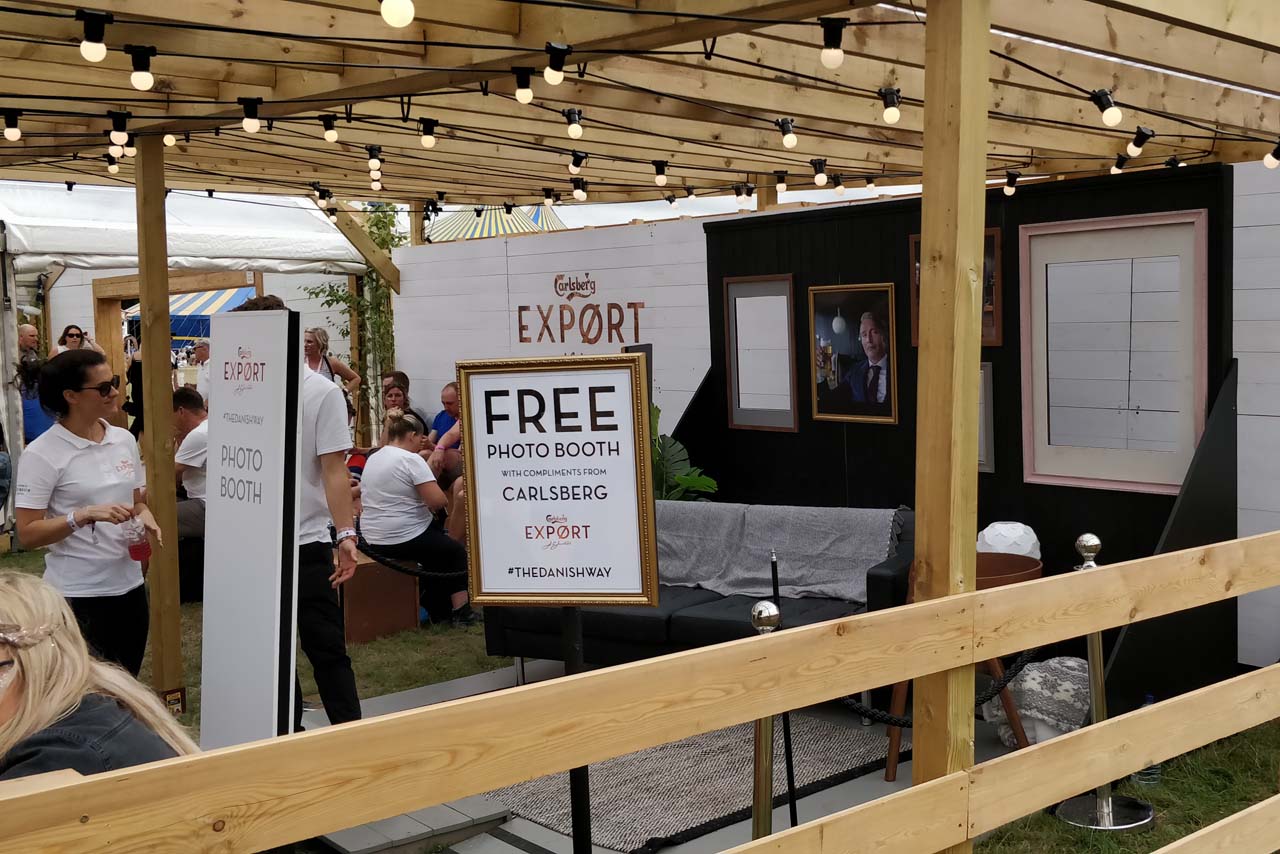 Another feature is a gif booth in which visitors can have a short video taken, perched on a bike like the one ridden by Mads Mikkelsen in "The Danish way", which is then sent to the user as a branded Gif.

It was there last year, but the photo booth has been increased in size, so it can now fit big groups of people in, rather than one or two. "The record is about 35, which is a bit crazy," Morris said.

Phone charging points are another new feature, and part of what Morris sees as helping to improve the overall festival experience. The brand had observed the demand for phone charging elsewhere in the festival site, he said – "we thought rather than standing next to a tree, wouldn’t it be better if you could come in here and have a pint while you wait?"

The experience is also being tailored to each festival. For Latitude, which has built an image of being the most unashamedly middle-class of the UK’s major festivals – but which also attracts lots of families – the brand offered Danish bread-making and bracelet-making classes. 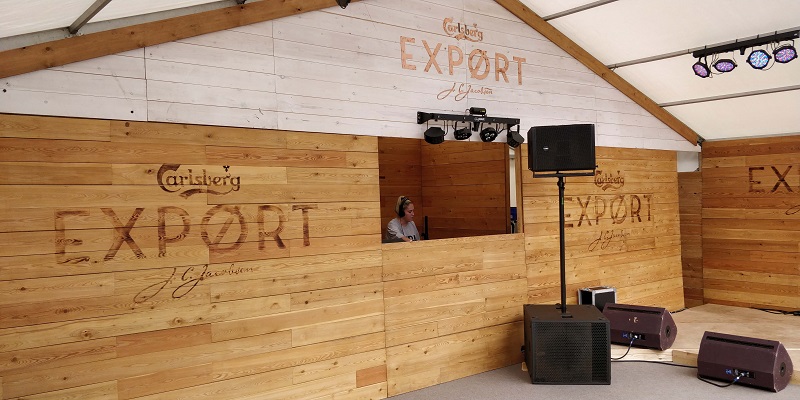 "We didn’t feel that was right for the audience here [at Rize]," Morris said, "and certainly next week at Reading." At Rize, the Quarter featured a mix of live acoustic acts and DJs, whereas Reading will feature almost continuous DJ sets.

While Rize was still a huge festival, the lack of a headline sponsor like Virgin may have resulted in it not being able to book quite the same calibre of acts as its predecessor – this year's headliners, Liam Gallagher and Stereophonics, both appeared lower down on the bill in previous years.

It was also, unusually, held on a Friday and Saturday, perhaps better catering to locals coming mostly to see the Oasis frontman. The change comes as urban festivals grow in popularity; Scotland’s T in the Park, for example, has been mothballed and replaced by Trnsmt, which is in central Glasgow. 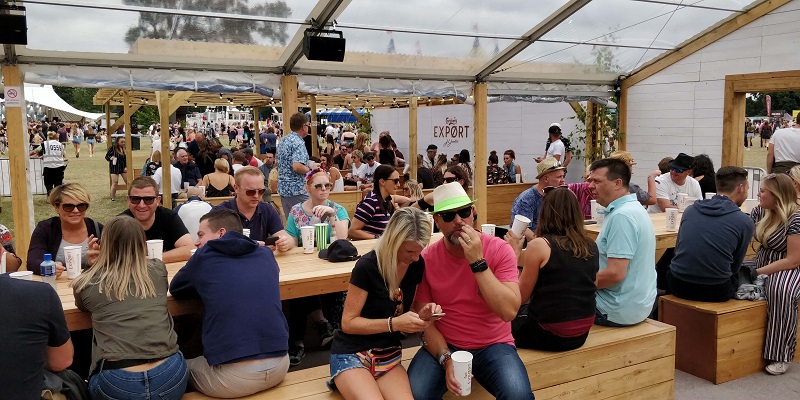 Despite this, Morris said that Carlsberg's experience worked best at a traditional camping festival, which he said gave consumers more chance to really absorb what it had to offer and could act as a rendezvous point.

He acknowledged that the festival market was changing, but added: "There are more festivals in the UK that there have ever been. Boutique festivals and more kind of interesting festivals are probably on the rise, but there’s always a need for a big festival that does what this does.

"For me, festivals are the new superclub. You go back about 10 years, think of all the big nightclubs – you don’t really hear about them now. People want to be outdoors, sharing occasions with their friends. Things will always plateau but there’s always going to be demand for it." 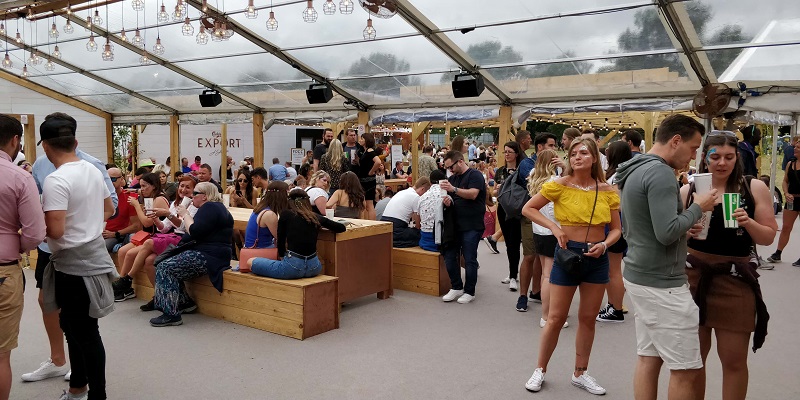 Carlsberg announced in February it would end its sponsorship of the England football team after 22 years, as part of a shift in its marketing focus away from the beautiful game and towards music. Since then, the Three Lions made it to a first World Cup semi-final in 28 years, while manager Gareth Southgate became something of a national treasure (not to mention style icon).

Morris admits there’s an element of sod’s law at play that the brand should be ending its relationship just as interest in the national side is at its highest in years, but maintains it was the right move.

"It was a strategic decision, it wasn’t working for us," he said. "You go to a football match and you’ll see advertising, but you’re not absorbing the brand in the same way you can do here at a festival." He added that football remained "a big part of our brand", thanks to commercial relationships with the likes of Liverpool and Tottenham. 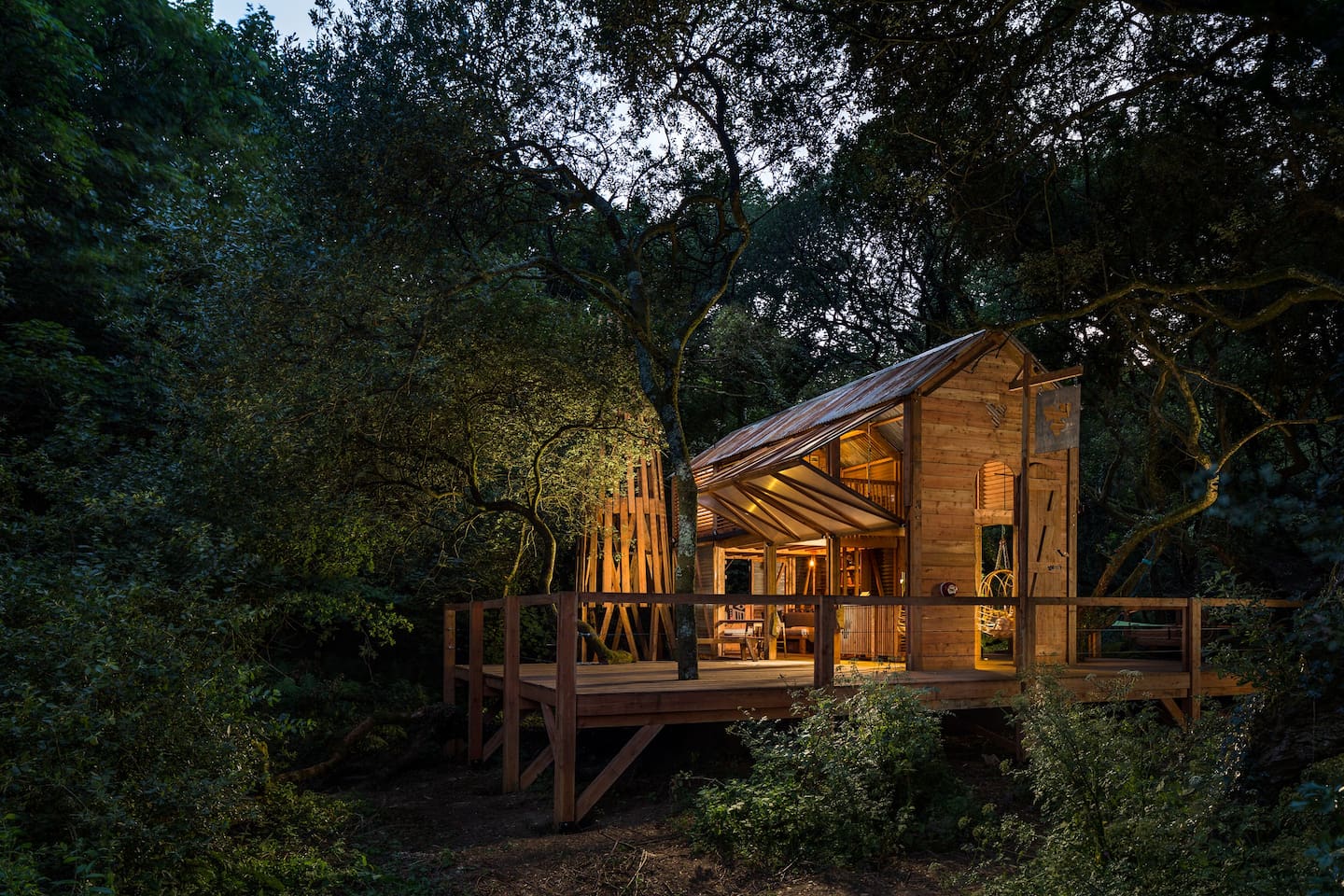 If The Danish Quarter provides a better opportunity to soak up the brand than a football match, the brand went one further with the "Carlsberg cabin", a waterfall-powered pub in Cornwall that is available to rent on Airbnb.

The cabin is "absolutely another way of realising what we’re doing with The Danish Quarter," Morris said. "It’s an extension of that but it’s a different avenue – not to do with music, but we loved the idea of a bar powered by a waterfall.

"The Danes love the outdoors, it’s part of their DNA, and it’s set in a beautiful country forest in Cornwall. It was just perfect for us really."

Airbnb offers travellers a night in the Louvre

Probably the best pub in the world?

Long live the local: behind the scenes of the new ad from Britain's Beer Alliance

San Miguel's 'Rich list' campaign is back with a social experiment

There's something about Scandinavian brands