Burger King is Cannes Lions' Creative Marketer of the Year thanks to brand communications that are pioneering yet inclusive.

When it comes to gobbling up creative awards, Burger King has an appetite every bit as voracious as Scott from Michigan, who claimed a world record by scarfing down one of the fast-food chain’s signature Whopper sandwiches in an indigestion-inducing 36 seconds.

But while it seems fair to ask Scott about the point of such ostentatious gluttony, nobody would question Burger King’s insatiable awards hunger, which is marked at this year’s Cannes Lions when the company is anointed Creative Marketer of the Year.

Ever since tasting success with its first Lion – a silver – in 1969, Burger King has packed away 75 more, including two Grands Prix. Add to these the eight D&AD Pencils collected last year and it underlines the fact that creativity has been the one constant theme in the company’s story.

Burger King, though, is eager to lay to rest any suggestion that it is an "awards junkie," arguing that there’s a direct correlation between creative innovation and commercial success.

"When it comes to creativity, our work is consistently strong," Machado says. "And it’s not as though we’ve been doing it only in the recent past. Remember, we won our first Lion in the 1960s and we’ve been doing well at Cannes ever since."

Axel Schwan, Burger King’s chief marketing officer, says the company isn’t concerned about creativity for its own sake but as a means to an end.

"We’re trying to make our brand cool enough to attract the people we want to work for us," he explains. "That’s what we’re really crazy about. If we win awards, that’s perfect. It motivates everyone – our franchisees, our staff and, of course, our agencies, because it makes it easier for them to hire the right people for our business."

Curiously for an organisation that operates in 79 countries, Burger King, the world’s sixth-largest fast-food chain, doesn’t go in for global campaigns. Instead, it goes out of its way to foster a spirit that encourages local marketers and agencies to share their best ideas and to make it easier to export them to other regions.

Machado thinks there was no better way to deliver Burger King’s "Have it your way" message: "It told people: ‘You are our client, you can choose.’ It remains one of the biggest viral successes. It combined strong creativity with an advancing technology." 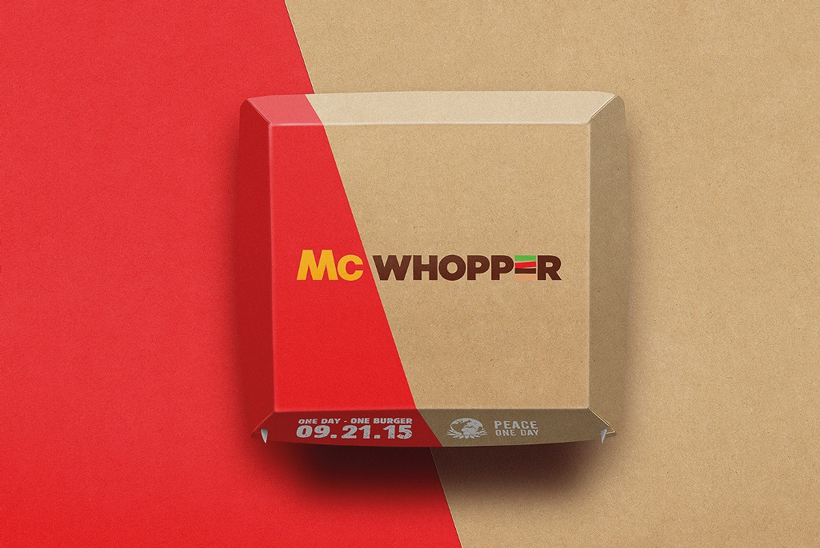 Exploiting new technology remains a Burger King trait. In April, it stood accused on social media of intrusiveness and privacy invasion with a commercial designed to hijack Google Homes and Android phones by ending with the line: "OK Google, what is the Whopper burger?"

Within three hours of the appearance of the 15-second spot, Google blocked its devices from responding to the recording.

"We saw some new technology at an early stage and decided to have some fun with it," an amused Machado says. "It was just a stunt that people had a laugh about. And it was good for us. Even my mum was talking about it – and she doesn’t have Google Home."

It’s certainly more evidence of Burger King going where others have feared to tread. Not least in its willingness to run social-issue campaigns – a potential graveyard for advertisers.

The company drew praise for its "Proud Whopper" in honour of Pride – a limited-edition sandwich with rainbow-coloured wrapping. The burger was no different from any other Whopper and the message on the wrapper declared: "We are all the same inside."

Machado says it’s all part of an inclusiveness message: "We just want to be a brand that welcomes everybody – even to the extent of exhorting our biggest rival to join us."

McDonald’s refusal to do so may have been apposite. Competition in the fast-food sector has been fierce in the US, where it has become increasingly cheap for people to eat at home.

But Schwan isn’t too concerned, believing that a combination of the right people and the right culture will see Burger King through: "The challenge of doing something better creatively than we did in the past is always with us."

Cannes: the festival that became a carnival but never changed

'Meet Graham' was too similar to a 1985 anti-smoking ad to win, says Cannes Lions juror

The Art of the Fail: Why attention is the only currency that matters