Snapchat might be trendier, but if there’s one medium that has transformed its image in recent years, it is podcasts.

It is one of about 1,000 shows hosted by Acast, along with the likes of The Adam Buxton Podcast, The Football Ramble, and shows from a number of major media companies, including The Guardian, the Financial Times, Vogue, Sky and BT Sport.

Earlier this year, Acast formed a partnership with Gleam Futures, the influencer talent agency representing YouTube stars including Zoella, to collaborate on a series of shows that promise to bring the fanbase of some of the biggest online video stars over to audio.

The first output of the partnership – Lower Your Expectations, hosted by vlogger Marcus Butler (main image) – began last autumn, and was followed by two more shows this spring: Dirty Mother Pukka, hosted by parenting blogger Anna Whitehouse, and At Home With… where lifestyle bloggers Lily Pebbles and Anna Newton go into the homes of celebs and other interesting characters.

More are in the works, says Ulvestam. This could potentially include one from Zoella, perhaps the best-known face of the influencer scene - although that remains unconfirmed.

Rajar figures from winter 2016 showed that 4.7 million adults in the UK were listening to podcasts, still relatively small, but up from 3.7 million a year earlier.

Advertisers have now taken notice, with many leading brands – including Google, Coke and McDonald’s – now using them.

The housewife with the detergent

Ulvestam puts this down to rapid improvements in both technology and approach. "The thing with podcast monetisation is it was still in the 50s," he says. "It was still the equivalent of the housewife holding up the detergent and looking into the camera."

That’s in part because in earlier podcasts, ads and sponsorship messages were baked into the audio files, limiting their usefulness to marketers requiring a sophisticated strategy.

But hosting companies like Acast now offer dynamic ads, with the specific ad inserted into the episode at the moment of streaming or download, letting advertisers specify the location and time of day at which their ads are delivered.

This month, Acast introduced programmatic buying for the first time, allowing brands to run campaigns across large numbers of shows, with the same targeting options available with display. 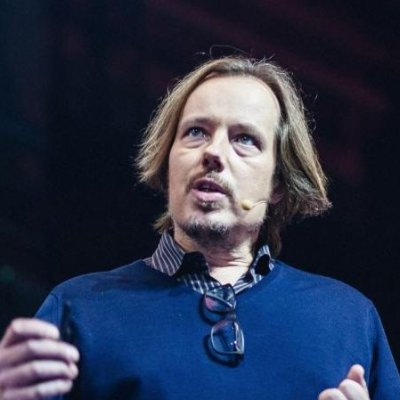 Unsurprisingly, Ulvestam (right) is an enthusiastic advocate for the benefits of podcasts to advertisers. "It has some very good things going for it," he says.

"One is the environment in which you serve your ads. It’s actually content people are interested in, and they have headphones in so it’s highly immersive – you can only compare it to the cinema, where they turn the lights down and force you to look at the ads.

"If you advertise on TV, that’s the coffee break. But no-one would take their phone out of their pocket to avoid a 15-second commercial, you just accept it."

Major advertisers, he adds, are now able to get the standard of measurement they are used to from podcasts – something that has changed in the last two years. Much of the groundwork for his industry, Ulvestam says, was done in the world of music streaming.

"We were helped by the likes of Spotify, ploughing the way for us, because people are used to digital audio advertising, and they’re used to getting metrics."

In Sweden, where Acast was born, the industry has now developed a common standard for measuring podcast advertising. Last September, the IAB Tech Lab released the first set of guidelines for podcast ad metrics.

"It’s something we did for the first time last year," says brand manager Sophie Elias. "We thought, let’s play it by ear, see how it goes. But we actually saw really strong results from it."

Elias says that with podcasting still an emerging medium, it is at present "a really cost effective way of getting our campaign message out there" – but she doesn’t expect it to stay this way, especially as vloggers, who have proven themselves to be hugely commercially viable, start to come on board.

"It’s great to get in there early and form the relationships with these people before they blow up," says Elias. "They’re obviously going to bring their huge audiences over which is great – but also new ideas."

One thing Acast won’t be doing is adopting a free-for-all YouTube-style model, allowing anyone to use the platform. In the week in which we speak, Acast turned down around 100 shows, Ulvestam says.

If they ever decided to open it up, it would work on a two-tier model, with the commercially viable shows – "the ones you can verify" – able to receive advertising, while other creators would have to pay to be hosted.

Somewhat contentiously, Ulvestam suggests this is where YouTube is also heading. It’s an idea that might seem more plausible on the back of revelations in The Times earlier this year led major brands to pull their advertising, after the paper discovered ads from some of them appearing next to extremist content.

"The long tail on YouTube is the majority of the content," he says. "And if you can’t control that and advertisers don’t want to advertise towards that, then you can’t just host it, it costs money to host and stream.

"You have to monetise it somehow, and the only way is to charge either the end consumer, like a subscription – they’ve already started doing that with Youtube Red – or to charge the content creator something. And I think YouTube will turn that way too."

(Campaign put this to YouTube, which denied it was on the cards in any way.)