Creativity is everything... pretty much. It reduces complexity and builds compelling narratives. But creatives are desperate for love, which is a kind of blindness.

First, the bad news. In 2019, companies that merely label themselves creative, without pouring real investment into the talent it takes for such a business to thrive, will find themselves slipping into irrelevance. Those that hide behind buzzwords, that blame data or artificial intelligence or consultancies or influencers for their deterioration, will be exposed.

The marketplace is brutal and that is unlikely to change – despite WPP promising "renewed commitment to creativity". Holding companies will continue to sacrifice creativity on the altar of cost-saving, and the old structures will keep peeling away, as seen in the demise of once-celebrated agency brands J Walter Thompson and Young & Rubicam in 2018. At times, this industry will seem a very unstable home for creative people.

There is a desperate need to stand up for creativity. At the end of last year, Adam & Eve/DDB co-founders David Golding and James Murphy issued a rallying cry when revealing their plans to start a new agency. "Everyone appears to be running away from being a creative business in our market and I think people need to run towards that," Murphy said. "There has been a collective loss of nerve. It’s time for people to rally round what creative agencies can actually do."

Throughout advertising, there are those who cling to the past and bemoan the way things used to be. Listen to them, and you might think this industry is full of cynics, but those voices are starting to be drowned out. In 2019, more people will regain their nerve.

Look around at the wave of creative leaders who have swept through London’s advertising scene in recent years: they don’t fit into the old paradigm. Arguably the work with the biggest impact to come out of Richard Brim’s department at Adam & Eve/DDB last year was not a TV ad, but a sculpture installation raising awareness of the problem of male suicide, which informed a real change in government policy.

Droga5 London’s David Kolbusz regularly produces campaigns that make you wonder how they ever got sold. Grey’s Vicki Maguire and Leo Burnett’s Chaka Sobhani are forces of no-bullshit, positive energy; they have the will to shake things up.

And there are new players who have entered the arena. For all the scepticism around Uncommon, more competition can only be good for this industry. Wonderhood Studios launched with a far from ordinary vision and a team intent on doing things differently. May others follow their example.

It’s become a popular refrain for creatives to say they want to make work that doesn’t look like advertising. They usually mean they are put off by what the term "advertising" has come to represent: irrelevant, homogenous wallpaper. Yet they want to feel empowered to make more than that, to reclaim pride in working in this industry. 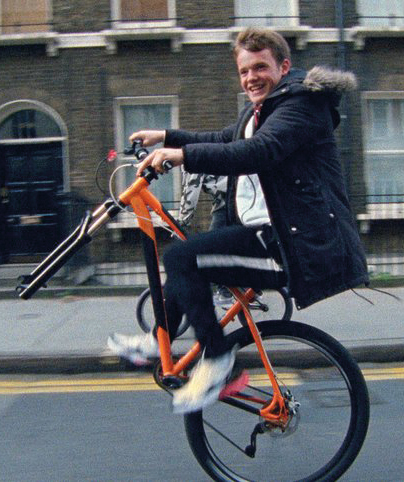 That will start to change from an uncertain, risky place. "There are new avenues in what we do and how we can apply our creativity that will create amazing opportunities for everybody," Tom Bender, one of the Wieden & Kennedy creatives behind Nike’s "Nothing beats a Londoner" ad, told Campaign recently. "No-one can predict where it’s going."

Stacey Bird, who left 4Creative last year to join Wonderhood, explained that she and her partner Jack Croft "wanted to go somewhere that made us feel scared". They recognised that the best creativity emerges beyond your comfort zone. Listen to those voices. They are the good news.

Blood in the water 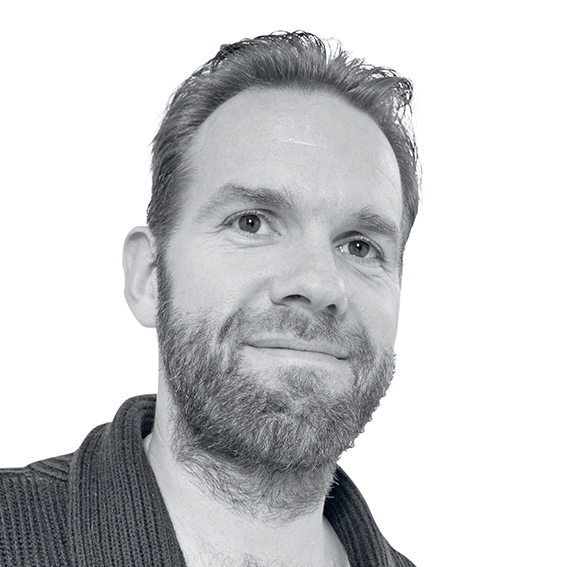 For what seems like the past half-decade, we’ve conducted ourselves with a degree of kindness and empathy typically reserved for far nobler professions staffed with far better people.

This behaviour has been the product of an industry rocked by uncertainty and frightened of the future. We turned into a collection of sallow-faced sad sacks, skulking around, fearful that the ad world was to be swallowed up by some ungovernable force. And so – as a consequence – the work got safer. Everyone started looking out for one another. No-one ever said anything truly disparaging about anyone’s efforts because no-one was making anything good enough to hate. There was a general acknowledgement that "it’s tough everywhere and so we should all be fighting on the same team". And so average creative was championed with muted praise.

But last year was a little different. A few drops of blood in the water. You had Three extolling the virtues of phones. Libresse singing the praises of vulvae. Suicidal statues standing atop buildings so as to raise awareness of mental-health issues for CALM’s "Project 84". Xbox controllers you could design yourself and monetise. And a McDonald’s campaign that could pass for a collection of short films by Mike Leigh. To name but a few. The work started getting good again. And not just good, great. Worthy of envy. Caustic, expletive-inspiring envy.

If we’re fortunate enough to build on the momentum of 2018, this year may just see a return to people in advertising being shitty to each other. And so I am optimistic. Optimistic that, in 2019, creativity will fuel negativity and hate will reign once more. Knives out, fuckos. 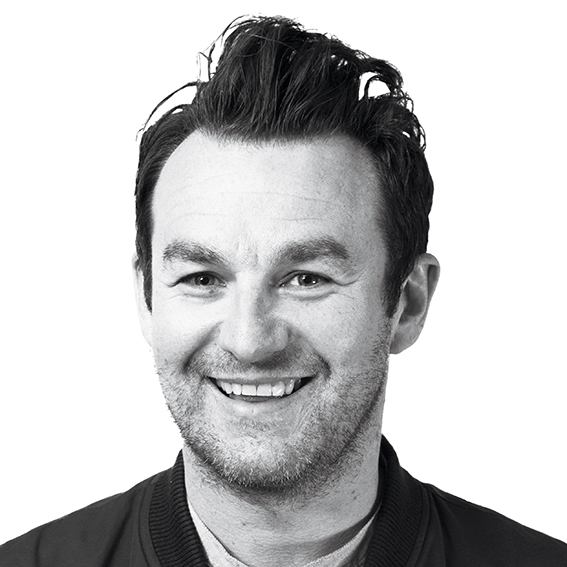 Creativity and craft in the UK have never been more important. When everything around us appears to be going to shit (Brexit wars, rising populism and, dare I say it, the structural decline of advertising), this is when we should be at our most creative.

Some of our most creative periods in history, such as punk and, my favourite, ska, rose out of the recession of the mid-1970s and, latterly, the winter of discontent. In these times, new talent rises from unexpected places, as art, music and fashion collide with the status quo, creating the necessary schisms to move culture on in a new and exciting direction. 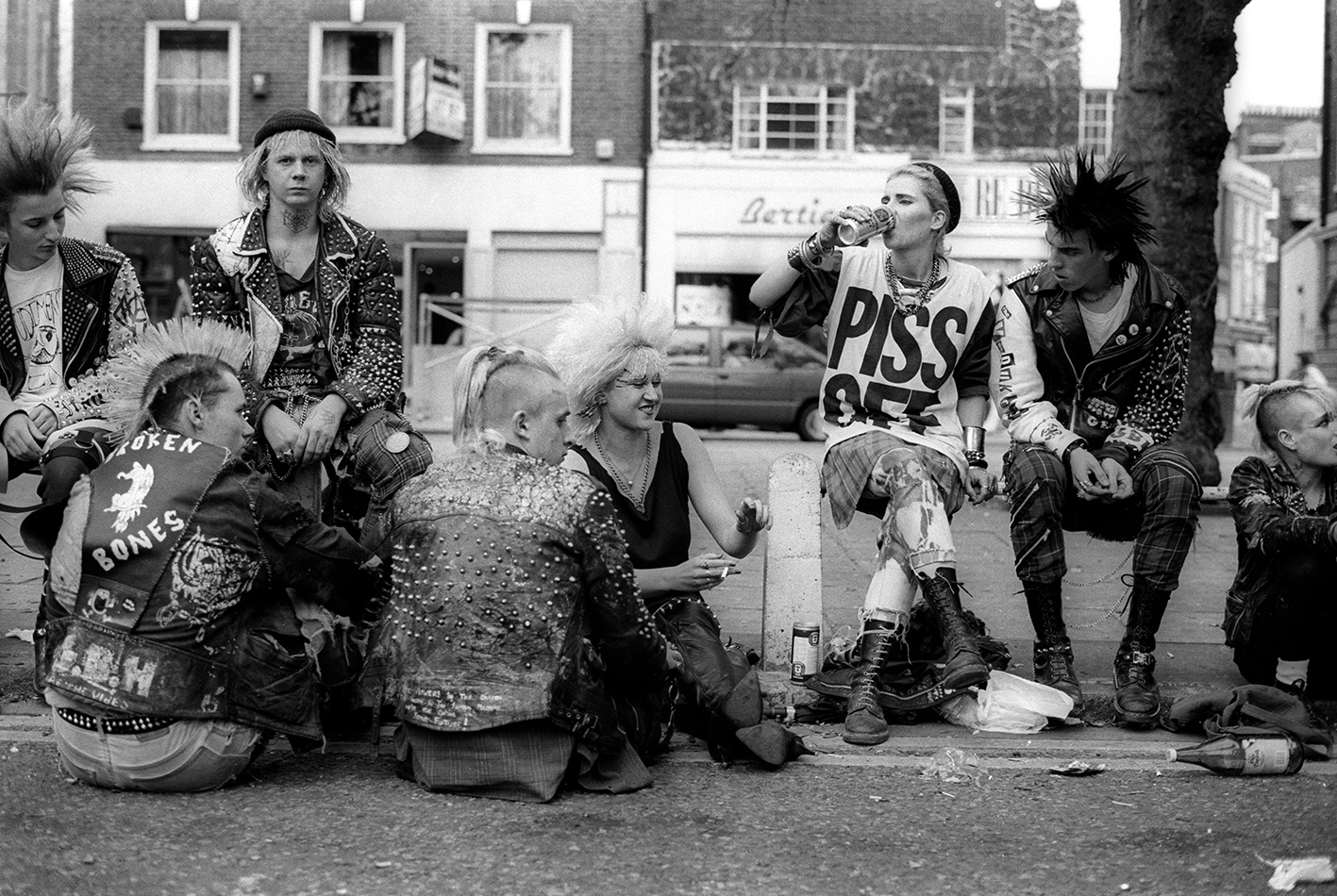 It’s easy to put the future and the next generation to one side when the fires are burning around us. But more than ever, developing new talent must not be taken for granted. We must invest in our future, take risks and play the long game. It takes time and money. But to succeed creatively and commercially, as an industry and a country, we should nurture and access the best, most diverse talent, not just now, but in 10, 20 years’ time, into the future.

For all the talk of diversity in advertising, we’re just playing well-meaningly around the edges. Look around. There isn’t anything of significance offering broad access into our industry.

The London Screen Academy is an exception. Opening in North London in September, it is a free, government-funded, sixth-form college, driven by Britain’s leading film talent, who will teach storytelling and behind-the-camera skills, such as direction, screenwriting, editing, VFX, costume and marketing.

The LSA sets a shining example. The scale and ambition is impressive, and they’ll be doing the hard work for us. That’s up to 1,000 diverse young people with the creativity and the skills to enter the industry every three years. This is real change.

Let’s follow in the footsteps of Vivienne Westwood to create the new wave. If we spend 2019 continuing to obsess about our business model, we’re at risk. By obsessing about creativity, craft and new talent, we’ll not only save our industry, but we can also make a truly positive contribution to society.

The crazier the world, the braver the creativity 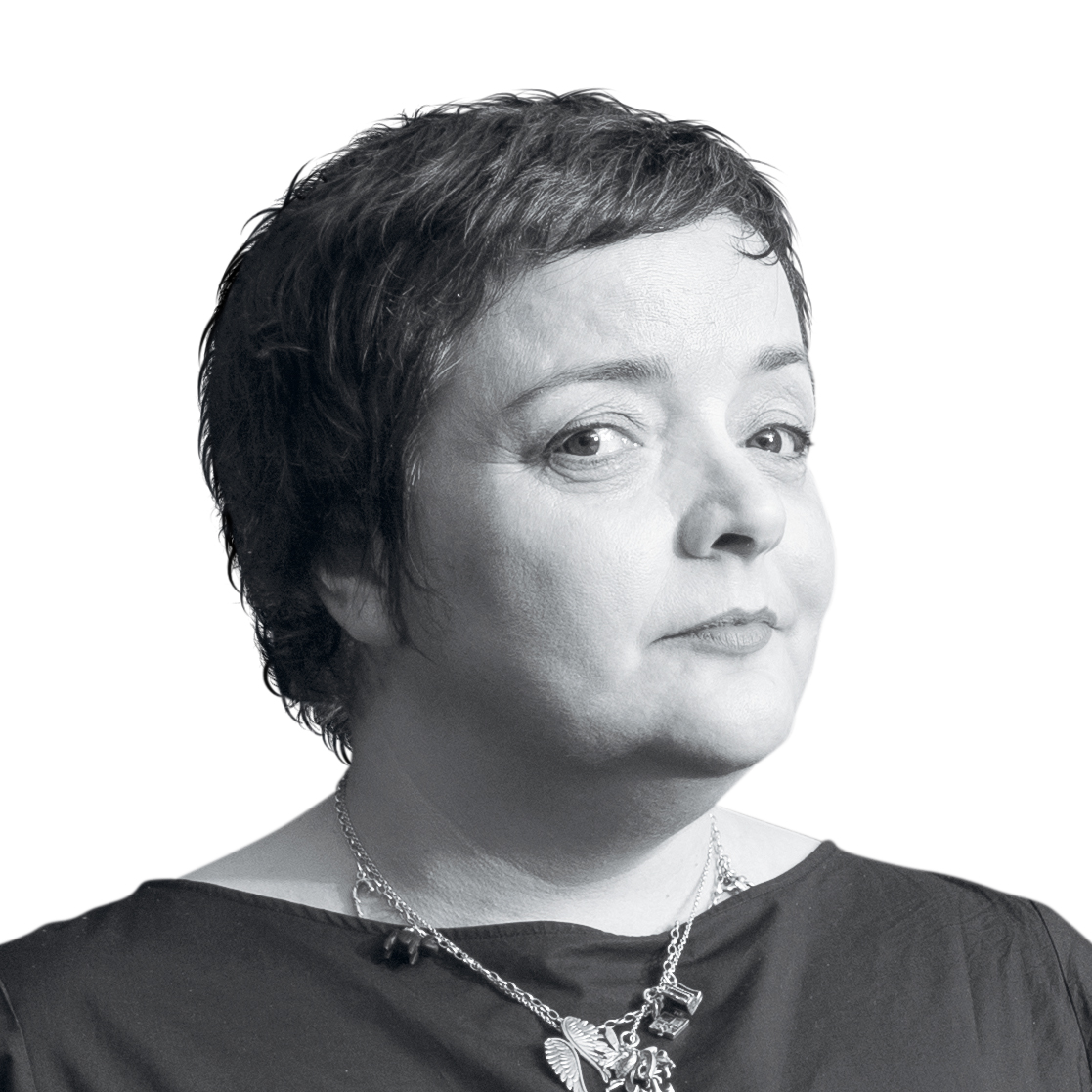 I’ve been here before. It’s the mid-1980s. I’m living in an unforgivable shithole on Hoxton Street. It already feels like Thatcher has been in power for decades, while her dear friend Ronnie has his finger on the bomb.

Britain – and the world – hadn’t seen anything like it for years. Politically we were divided. Culturally it felt like we were at war. There was anger everywhere and for very good reason. Too many friends were dying and on the streets people were rioting.

But while it felt everything was falling apart, it did something incredible for creativity. The closer to the edge we seemed to get, the more crazy life became – creativity responded by being braver, bolder and more challenging than ever before.

That’s why the world of creating became so freakin’ exciting. No-one knew what the fuck was happening, so we got busy making our own things while we waited for the world to sort itself out. We owned art, fashion, music. Britain ruled the world. We became noisy as hell and we had something that had to be said. 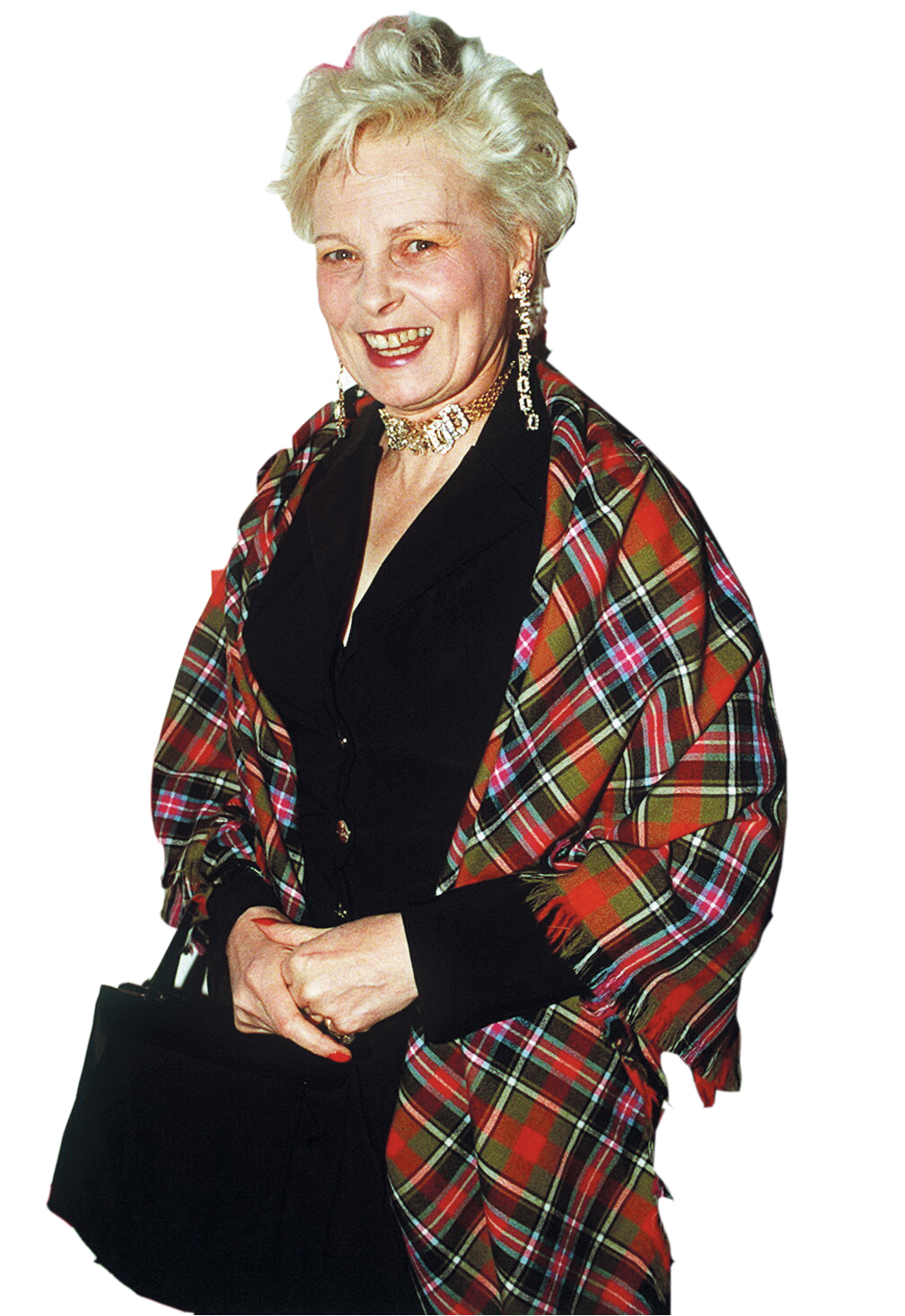 At the time I was cutting patterns for a pre-Dame Viv Westwood, then an ex-punk who found herself spearheading a million-pound company. She would look around and piss herself at how big she’d become. Her timing and talent were impeccable. Creativity was the currency, and she was minted. At the time, we genuinely didn’t know what the future would bring but there was a sense that what was coming was ours.

And you know what, I’m feeling the same now. There’s that crackle in the air. It’s dangerous and destabilising – but it’s also empowering.

Britain has never been more lost and looking more impotent. We’ve never had a greater need for creativity to fill the void left by the collapse of traditional politics, industries and hierarchies.

It’s not the full shattering of glass ceilings, not yet, but something is happening. Idols are falling, plates shifting and change is coming.

Creativity is at its best when it has an enemy and lord knows there’s enough of them around right now. So, for all the talk of start-ups, end-ups, bust-ups and shack-ups – don’t lose sight of the opportunities ahead. Rest assured – it’s not going to be dull. 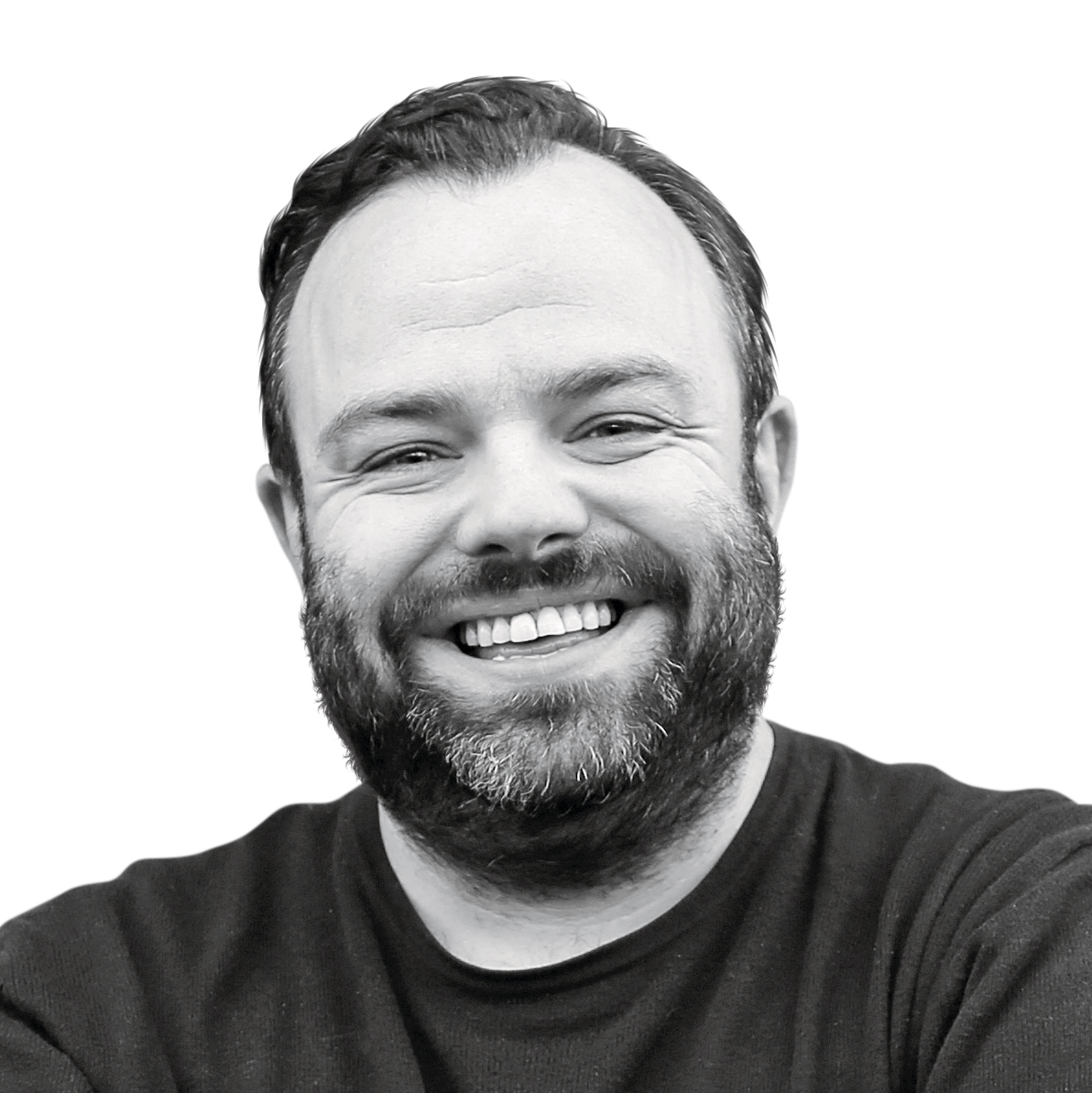 Creativity must inform the model, not the other way around. While many think all this WPP mushing together is creating agencies of the future, all it will do is starve the one thing that makes this industry great: creativity. Yes, the world needs fewer agencies. But this feels like we are creating big Kafka-esque Turkey Twizzler monster factories disguised as agencies, where the main goal is efficiency rather than creating something delicious.

Creativity is not a commodity to own like a trophy spouse. Creativity and truly creative people are only ever on loan and we need to let them roam, because that is when amazing happens.

Creativity is our product. If we forget that, we die. All the fuckwittery around the edges has done its best to hide this. The fact that companies are starting up on the principle of "putting creativity at the heart" like it’s a new thing is a) very much what the industry needs and b) bat-shit crazy that we have let it get to this.

There is no better time to be a creative. The world is in turmoil; no-one has any answers and anger is brewing. Historically, that is when the good stuff happens. This is when the wonder of WTF is allowed to grow. There are no rules, no norms and no expectations any more (well, there are, but fuck ’em).

Oh my chakra: Droga5 has created a contender for ad of the year

AI is no match for human magic

Who could be the creative leader of Golding and Murphy's new agency?