It is perhaps the ultimate challenge for the 21st-century chief executive that when they look in the mirror it is likely that what constitutes success today will not be what stares back at them. For much of the best talent in your business will not aspire to do the job you are currently doing.

The next generation of talent has a very different view of success from the Baby Boomers, who hogged the corner offices and expense accounts of days gone by. A life built on "outsourced everything" and a relentless climb of a corporate ladder entirely of someone else’s creation has fallen out of fashion with a dull thud.

In the face of the rise of influencer-driven culture and the omnipresent "University of YouTube", the traditional corporate career path is suffering from something of an identity crisis. The much-heralded "side hustle" may well be just a hedge against feeling a failure, or an economic necessity in the face of rising living costs, but it doesn’t make its impact on working culture any less profound.

The number of self-employed workers in the UK has been rising since 2001 and, according to the Office for National Statistics, they now account for about 15% of the working population. ONS figures suggest that up to 40% of the UK’s freelance population are in the design and media industries.

If in the past rising up the career ladder was a simple, singular, linear pursuit, where employees either followed established corporate career paths or opted to branch out as individual freelancers, the future depends on a messy, collaborative and flexible approach.

Just as Starbucks revolutionised the leisure market, creating a "third space" between work and home, so, as employee expectations shift, a new collaborative space is emerging between the corporate and freelance career. From the rise of education-lifestyle brands such as General Assembly and co-working spaces such as We Work to new hybrid models such as The Fawnbrake Collective, a switch to working flexibly and working "fast and slow" is in full swing.

It is a revolution that established businesses are struggling to come to grips with. While corporates have adopted the language of the "internal side hustle" and "agile working", talent is still being squeezed out of traditional businesses because of the cult of presenteeism. When you peel back the veneer of the leader championing flexible working on conference platforms, a fundamental lack of imagination as to where, when and how much employees work remains.

Consider the chief executive who believes himself to be enlightened, as he earnestly declares that he understands not every employee with children can afford a nanny. Yet it is perhaps a step too far for him to consider that – whisper it now – they might not want one. After all, as traditional status symbols fall apart at the seams across the working spectrum, time – and control of that time – has become the ultimate social capital.

By 2020, Generation Z will occupy half of all workplace roles. This generation, having grown up in the face of austerity, has also been brought up with a capacity for risk that is often what is so lacking at the top of businesses today. A recent research report from Huawei on "The new working order" glibly asserted that for Generation Z a career is "not about making money, it’s about making an impact on the world". The truth is it is about both.

They may not have the financial resources to squirrel away their own "fuck-off fund" but they are also unafraid of starting over. The revolution is coming and it is not a nine-to-five pursuit.

Social media is great when we're not binging 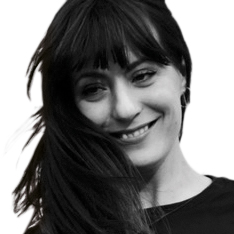 Author of Why Social Media is Ruining Your Life

Every day on social media we scroll through a fantasyland where life is a mix of holidays, spa trips and home-made açai bowls. A place where £2,000 handbags seem inexplicably within reach – even if they cost more than your monthly take-home pay. Rolling like a conveyor belt of conspicuous consumption, the focus on not just goods, but also experiences, continuously flashes before your eyes until you start to believe that this is what the meaning of life looks like.

Status these days isn’t just about the car you drive or the watch you wear. The gallery openings that you attend, the concerts you get tickets to, the restaurants you eat in say as much about your success in life as your wealth portfolio.

But who hasn’t tired of seeing these best-case-scenario versions of one another’s lives? Those once-in-a-lifetime, staged snapshots that keep up the façade of perpetual happiness and constant excitement. On top of this, the pressure to feed the feed, known as "living for the ‘gram" has affected our collective mental health dramatically. 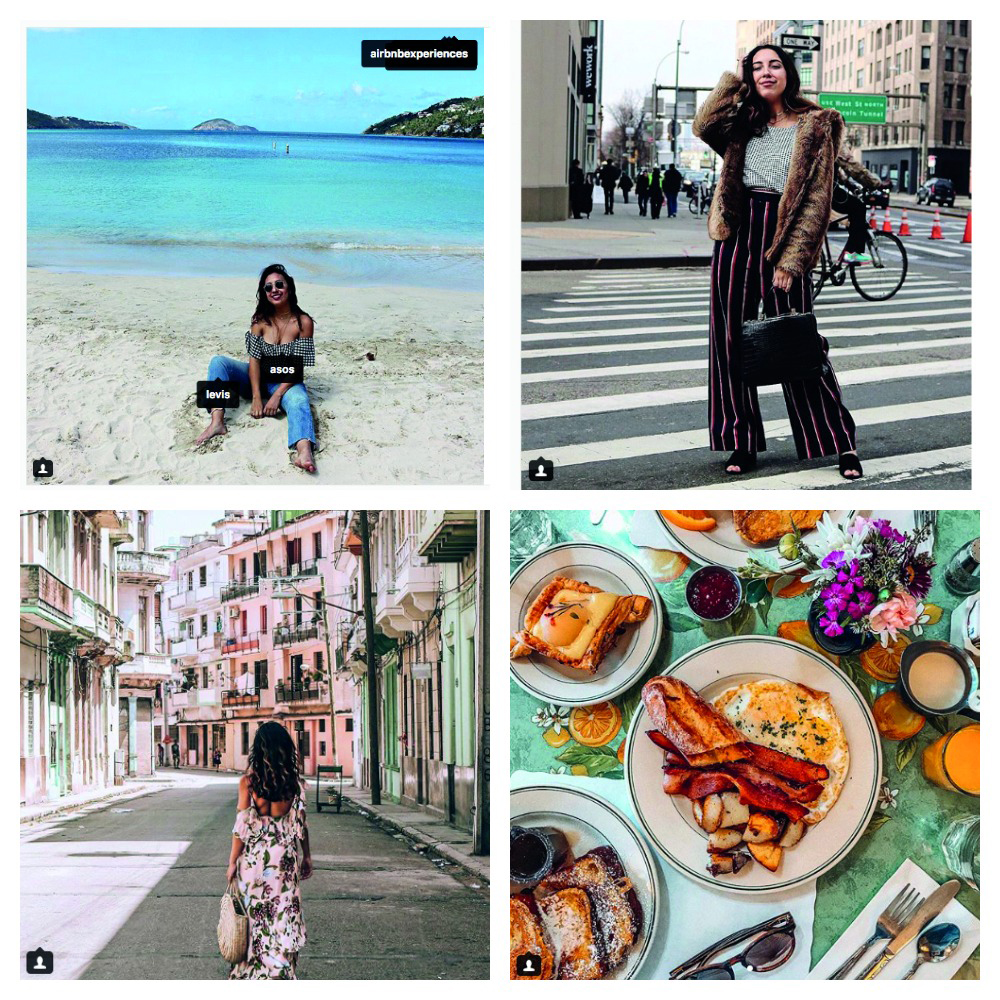 In the UK, half of all cases of mental illness now develop before the age of 15 and one in four girls is now clinically depressed by the time they turn 14. In the US as a whole, approximately 44 million adults will experience mental illness in any given year. Just imagine if we were talking about a physical disorder here: if 25% of British teenage girls and 20% of US adults had bird flu, we’d be in full end-of-the-world-is-nigh panic, running around as though it were the apocalypse. But we’re not.

Comparison anxiety, benchmark complex, distorted expectations and cyber-bullying are just some of the cultures that social media has – without us even blinking an eyelid – internalised into the fabric of modern life. And among the educators, psychologists, doctors and plastic surgeons I interviewed for my book Why Social Media is Ruining Your Life, the consensus is that social media has either created or underlined these issues, especially when it comes to young people.

But things are shifting. Aside from the "real beauty" movement and the evolution towards #authenticity (some of which consumers have become cynical about), we are starting to realise that social media is great in small doses, but potentially damaging if we give into our impulses to stalk, lurk, binge and creep on each other for addictive hours every day.

The conversation now needs to focus on how to use social as a tool – to connect, to learn, to entertain – without letting it rule your esteem, relationships or view of the world.

An 'always on' mobile culture is causing burnout 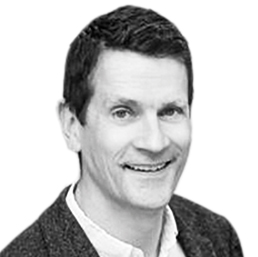 In 2019 we need to stop lying to ourselves about work. "Wellness Week" isn’t for January, it’s for life. The creative industries – and membership of that includes everyone who might read this article – loves lying to itself about work. Across the UK, half of all people who check emails outside work hours register the highest measurable stress levels. And yet we stick up A4 posters proclaiming a week of mindfulness and hope the problem goes away under our own roofs.

I was amused to hear of one company this year that started meetings with a mindfulness minute, an act of office-gesture politics to undo the damage that their working culture creates, which was as effective as organising a litter pick around Chernobyl.

Figures suggest that mobile communication in the past 10 years has pushed up the length of the average working day from seven-and-a-half hours to nine-and-a-half hours – and there’s no doubt that the advertising world clusters around the top end of this trend. The invisible outcome of this has been burnout and exhaustion. The first casualty of overwork is creativity; our capacity to be inventive is wiped out by the stress hormone cortisol.

The decision facing clients used to be: "Agencies can be good, fast or cheap – choose two." Now the choice is more binary; if we want our agencies’ best work, then we have to respect the people doing the work. The needy urge to have them available on their phone day and night comes at the cost of the inventiveness of the response. Never has it been truer that good clients will get the best work.

It’s hard to ignore the impact that tech companies have made on the working environments of the creative industries. Over the past few years, neon-coloured slides and smoothie bars have acted as carefully disguised recruitment marketing, dressed as workplace culture. Modern life is filled with moments that, with hindsight, seem to be traps to invite hope from the optimistic.

Nonetheless, it’s hard to look at the Google walkout of 20,000 employees and not be inspired by workers holding their employers to account for the dissonance between what was promised and what was delivered.

It’s only by removing the toxic working cultures of today that we’ll be able to be ready for the demands of the future.

Daisley’s book, The Joy of Work, is published by Penguin Random House this month