Find out how to embrace digital change and inspire an innovation-led culture with the right talent strategy with our free webinar on Monday 15 September at 2pm, hosted by The Knowledge Engineers and Brand Republic Jobs, in association with Live Recruitment.

Register now to reserve your place.

Hiring the right people and building the right culture is fundamental to making your business succeed during a time of overwhelming change. With the rate of digital disruption getting faster and faster, businesses need the right talent strategy now. This is especially true for senior managers who are not digital natives.

During this session, you will learn how big corporations can borrow from small, agile start-ups to boost their team innovation capability. See best practice from companies such as Lego, Diageo, P&G and Mindshare on how to build an agile, responsive culture. Find out how to inspire chief executives to embrace agile innovation and manage change from the top down. 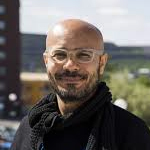 Saher Sidhom is head of IP and new ventures at AMV BBDO where he built and leads AMV FORGE its new ventures division. Previously, Saher worked as the global planning director at Great Works the Swedish Innovation Network and a multi-award winner at Cannes notably, 'Gold for Absolut Machines'. He also led global digital strategies for Absolut, IKEA, MtV and Metro.

Saher was strategy director at STREAM / TBWA the brand entertainment division. He had a dual role serving both STREAM / TBWA, co-planned the advertising launch of P3 in Europe and redeveloped the Orange content and sponsorship strategy.Before this Saher was head of advertising planning at AKQA London where he predominantly worked on FMCG brands: Lynx, Pot Noodle, PG Tips, Rexona, Nike and Xbox. 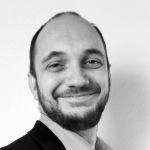 Niall started his career in brand management at P&G, but was rapidly sucked into the dotcom boom, being involved in the launch of an early social networking site in 2000.

He was a marketing director at the age of 24 within Time Warner UK, where he launched one of Europe’s biggest-selling men’s magazines.

In 2006, he joined Travelocity Europe as chief marketing officer, and had a seat on the main board of this $2 billion turnover company.

Niall founded The Knowledge Engineers in May 2007. 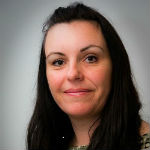 Antje started her career in film and television as a producer and programme editor in the UK and Europe. She then moved into PR as account director at Cow PR, where she headed up accounts such as Heinz, Vauxhall and More Th>n insurance. After Cow PR, she became the senior press officer at the Institute of Practitioners in Advertising.

Antje joined Haymarket Media in October 2013 as careers content editor across all the business media brands including Brand Republic Jobs, PR Week Jobs and Third Sector Jobs. Antje has been a freelance features editor and writer for publications such as The Times, Countrylife and Families in Business.

Register now to reserve your place.