The duo lift the lid on their relationship six months after the notorious merger.

Droga5 is maintaining a "slightly paranoid" mindset to ensure the unique culture on which it was founded is not robbed following the acquisition with Accenture Interactive.

The renowned creative shop and the consultancy powerhouse aired their laundry at Campaign US’ Breakfast Briefing in partnership with Results International on Tuesday September 17 in New York City.

"From my perspective and everyone at Droga, we have to be committed and slightly paranoid about keeping that creative edge and not hope that it all happens based on theory," said Sarah Thompson, global chief executive of Droga5, who was joined by Glen Hartman, senior managing director of Accenture Interactive North America, in a conversation led by Campaign Global Head of Media Gideon Spanier.

"At the end of the day, it’s all going to be about the work. If we’re doing great work together, that’s going to maintain momentum -- and also having the space for us to take chances and fail. We’ve always failed at Droga at different times -- we’ve tried things that didn’t work -- but that mentality of thoughtful risk is important for creativity."

The shops first worked together four years ago on a pitch for federal business. 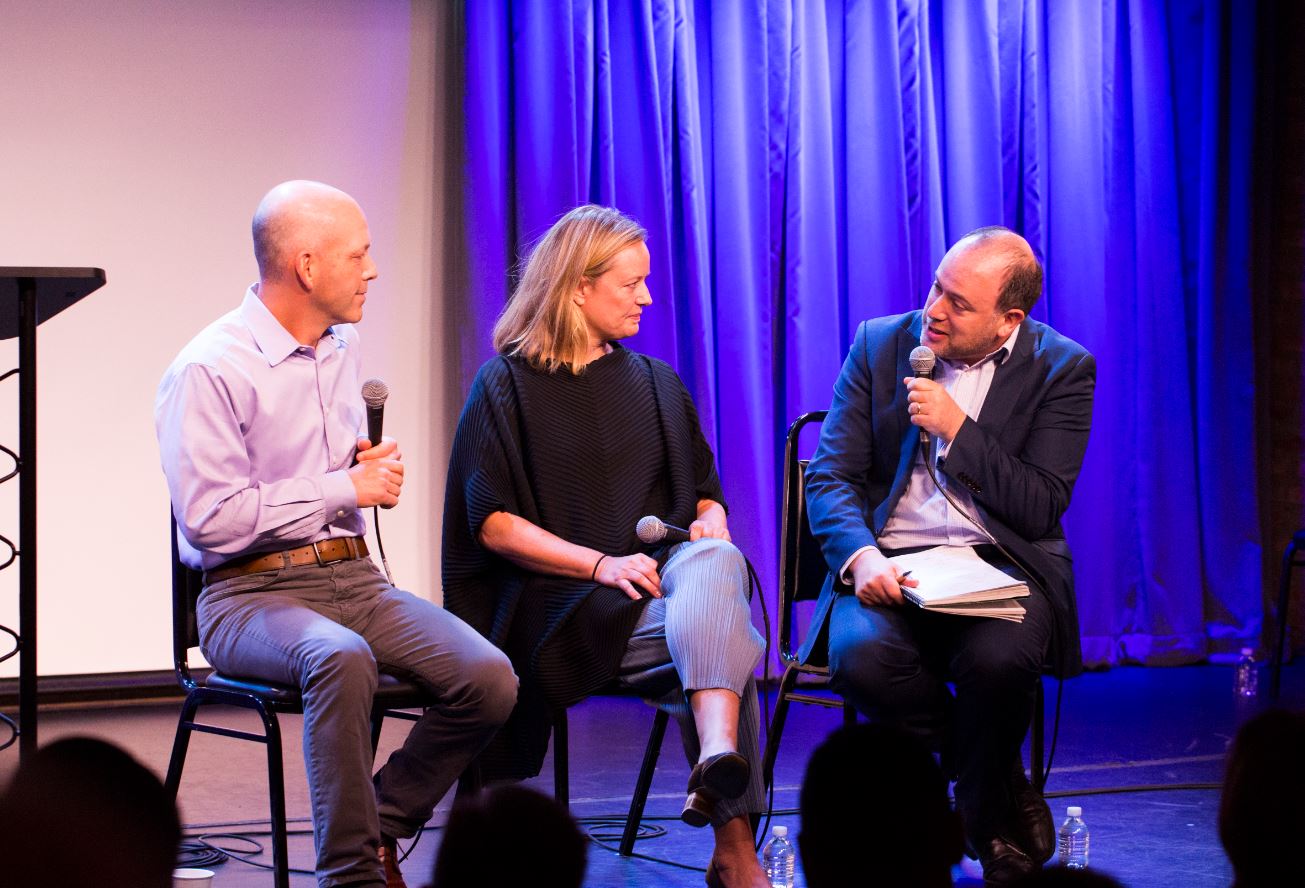 Thompson recalled: ‘When someone came to me and said ‘I think there’s a pitch we can do with Accenture,’ I said: ‘Accenture? What the hell are we going to do with them?’ And then we spent a year working together and we were blown away on a couple of levels: what they can build and run is unique in the world we’re in, but also the respect they had for what do we with regards to brand thinking and creativity."

What ensued was a months-long conversation about how the two could merge. Pinnacle to that discussion was how to maintain Droga5 culture inside an entity largely seen as corporate.

Surprisingly, Accenture Interactive were more concerned than Droga5 when it came to keeping its independence, said Thompson. It transpired to be an unexpected cause of friction post April acquisition, with the shop ready to dive in wholeheartedly and Accenture Interactive holding Droga5 at arm’s length to "protect their creative mojo."

The duo had planned to spend the rest of this calendar year getting to know the ins and outs of both businesses, but (with some aggressive nudging from Droga5’s side) quickly found themselves deep in pitches together and ironing out the kinks on the job.

Thompson continued: "It is a huge organization, but we definitely jumped into pitches quicker than we had anticipated, although I would do it all over again because there’s no better way to get to know each other than in terms of capabilities."

Speaking to post-merger turbulence, she added: "The hardest thing to manage is there’s a wealth of talent and capabilities within Accenture Interactive and Accenture. It’s just getting up to speed on that -- who can we tap into and where -- and managing the pace."

How will merger success be measured?

Thompson said the partnership was vital in expanding capabilities in the agency’s technology stack and data utilization.

Now the focus falls on global domination. Droga5 has a strong presence in New York and London, but is looking to strengthen what it can offer in other markets. There’s a lot of Accenture Interactive talent all around the world, especially in China and South East Asia, and Thompson hinted at growing Droga5’s presence in these regions.

The consultancy group’s metrics for acquisition success will be financial, but -- perhaps more importantly -- retention. 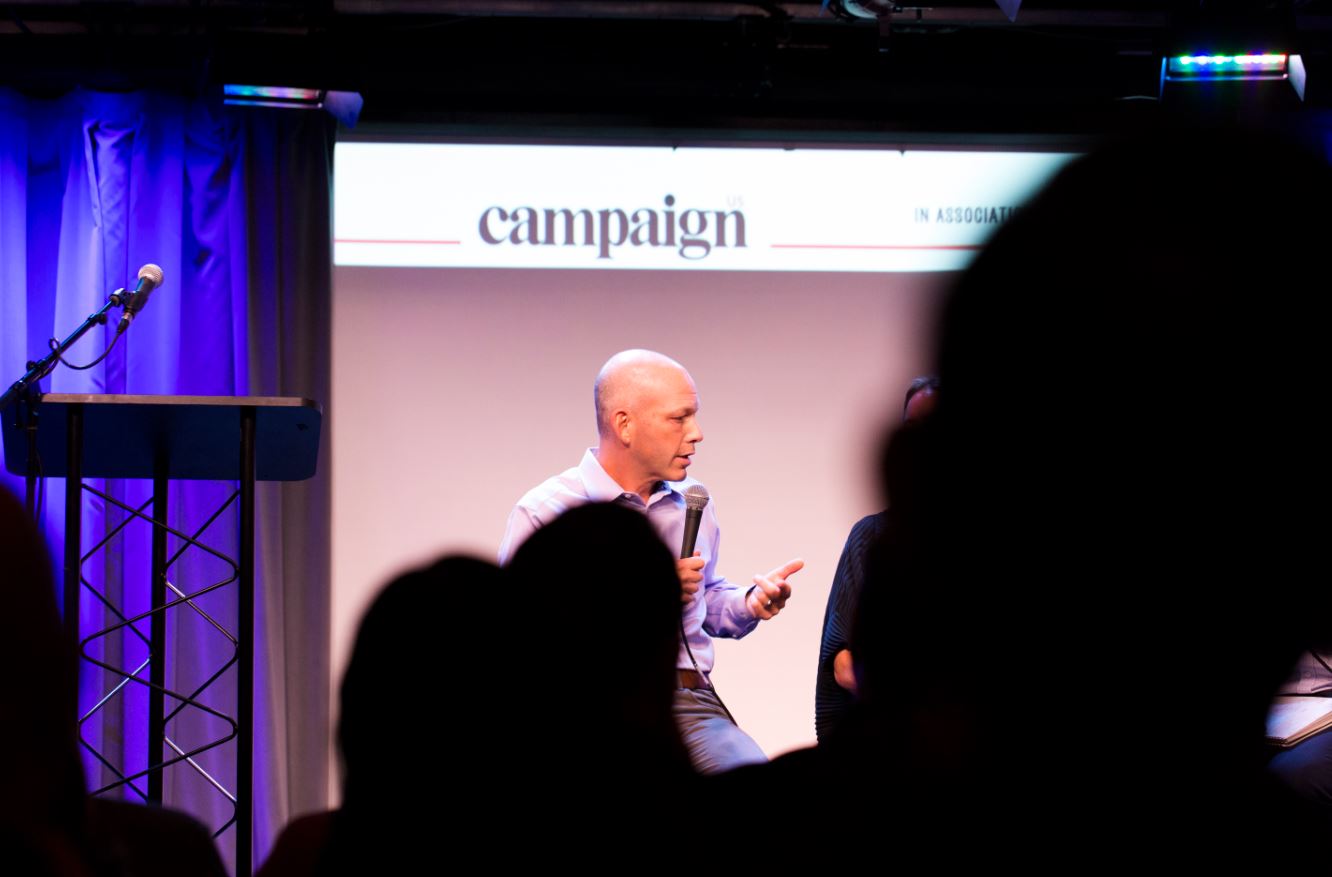 Hartman said: "For us this idea of keeping the culture and creative mojo is a real thing. Of course, Droga has to hit the business plan it’s had for the next two/three years, but a lot of it is about client and employee retention.

"If they lose their best people or best clients they’re not going to be rewarded in the same way, regardless of their financial metrics. It’s almost secondary. We need growth and profitability, and we will watch that, but the idea is to keep the relationships they’ve been known for."

Accenture Interactive: "Do we want to be big in media? No."

In May last year, Accenture Interactive launched a programmatic division in response to client need. It had media players on their toes as they watched the consultancy bleed further into their marketing world.

When quizzed about what’s next for Accenture Interactive in the media space, Hartman explained: "We do acquisitions for two reasons: get a new capability or credibility around a new capability and; global expansion. So we’re going to be doing more of the same. We have all of these capabilities, we just need to round them out in each market -- that’s what you’ll see next."

"We provide a whole other level of transparency that’s different than the way it works now. That allows brand managers to use data to drive other experiences and touch points -- this is a new way of thinking. Maybe we’ll grow more in our media because it’s part of the way people engage with brands, but it’s certainly not to compete on that one silo."

M&A diversifies outside of adtech as regional presence takes priority