What's coming out of your faucet? Arnold Worldwide makes it easy to find out

Since the water crisis in Flint, Michigan gained national attention in 2014, municipalities around the country have been testing their own water infrastructure, and many have come up lacking. Justified fears of contaminants like lead, mercury and biological pathogens like Legionnaires' disease have consumers wondering how much they can or should trust local officials who oversee water quality.

A new campaign out today for Pur water filters, "Know Your Water," taps into concerns about water contamination and the extent to which consumers can rely on the water that comes out of their own faucets. A series of TV spots and an interactive microsite from Arnold Worldwide confronts the issue with information rather than fear mongering. The campaign leans heavily on documents like water quality reports and consumer confidence surveys painstakingly gathered from sources like the Environmental Protection Agency.

"Pur was one of the brands that was in Flint and helping to do outreach and education," said Debbie Mudway, VP of marketing at Pur. Earlier this year, the brand gave 10,000 faucet filters to residents of Flint. "We realized people do not know what is in their water, and they don’t know what the solutions are, so there was an opportunity to educate."

In July, Arnold and Pur set up a pop-up "water bar" in Manhattan that purported to serve an array of tap water from around the country. As patrons sampled the water, a "bartender" assured them that levels of contaminants like lead and mercury were below the legal limits in the source municipality. "It made a lot of sense to try to do a reality-based stunt where we weren’t doing something scripted, trying to control the situation," said Doug Harry, creative director at Arnold Worldwide. "We wanted to put water facts in front of real people and see how they responded to it." Many of them weren’t happy.

Many customers responded strongly to the suggestion that there’s any lead or mercury in the water they were about to drink. Science is on their side – the limits set for some contaminants are tied not to health effects but to outdated economic data.

"You saw a raised eyebrow, you actually saw a physical response of someone pulling back and going, ‘Oh my goodness,’" said Dana Yerid, director of marketing communications at Pur.

The initial spots direct viewers to a microsite, KnowYourWater.com, an ambitious, computer-animated database of water quality information where consumers can input their address and find up-to-date information about the water coming out of their tap. "It’s really about showcasing the journey of water," Yerid said. "Each one of us will retrieve a different result because we live at a different address." 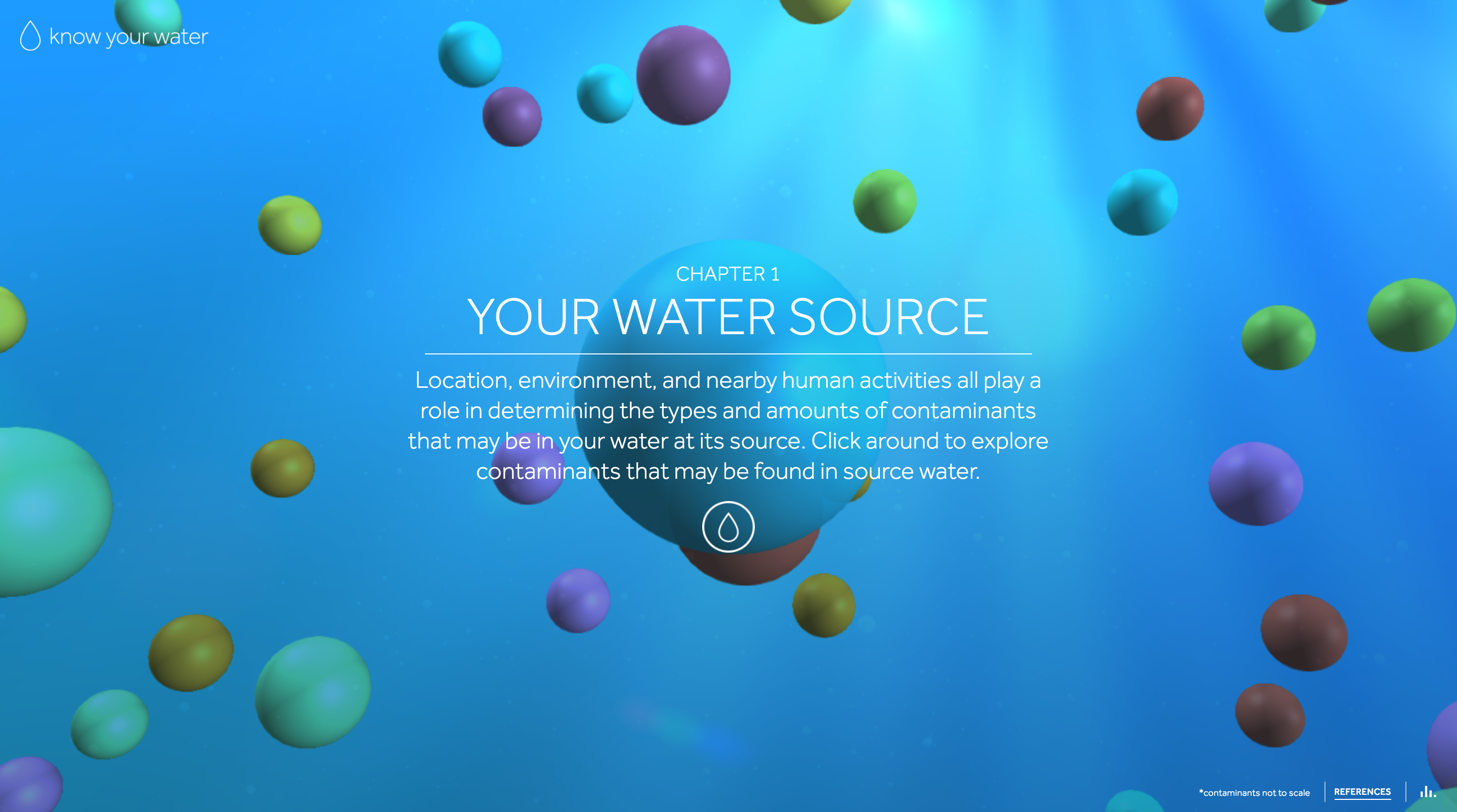 The site locates the specific water source for a physical address and traces the route through water treatment facilities through to the faucet, identifying potential contaminants and providing the actual measured levels of those substances reported by water testers. "We think it’s the first interactive water quality database," Mudway said.

Both the agency and the brand admit building the site was a larger task than they had initially envisioned – more so than the TV spots. Reporting procedures and requirements vary widely, and all of the information needed to be standardized for quick and clear presentation on the site.

"A lot of times those water quality reports are very hard to find and to understand once you do find them," Harry said. For example, "they use different terminologies to describe different contaminants."

It’s an ongoing process. As monitoring agencies continue to report on water quality, the database will be updated with the latest information. "We consider it an evergreen site," Yerid said. "The vision is that this is now part of the Pur DNA that lives on. This is an equity that’s going to be instrumental in elevating this brand and helping the public learn more about their water."

Even after the current campaign runs its course, she said, "‘Know Your Water’ will stay intact."

Your career is a collective effort