It's the latest spot from Colle McVoy as part of the 'Jackson Hole Wild' campaign.

The White House may look alarmingly, well, white and full of old men. But modern day Washington D.C. is not a reflection of America’s local governments, historically speaking.

One hundred years ago, the town of Jackson in Wyoming elected the first all-female government.

Women who define badassery still sit at the pinnacle of this popular ski haven today. And to celebrate that, Jackson Hole Travel & Tourism has launched an integrated campaign with its creative agency of record, Colle McVoy.

"This campaign is a celebration of the strong women who have helped make Jackson Hole the special place it is today," said Christine Fruechte, CEO of Colle McVoy. "As a female leader who has had to blaze my own trail, I am inspired by the stories of these original pioneers and current trailblazers who live free of labels or limitations." 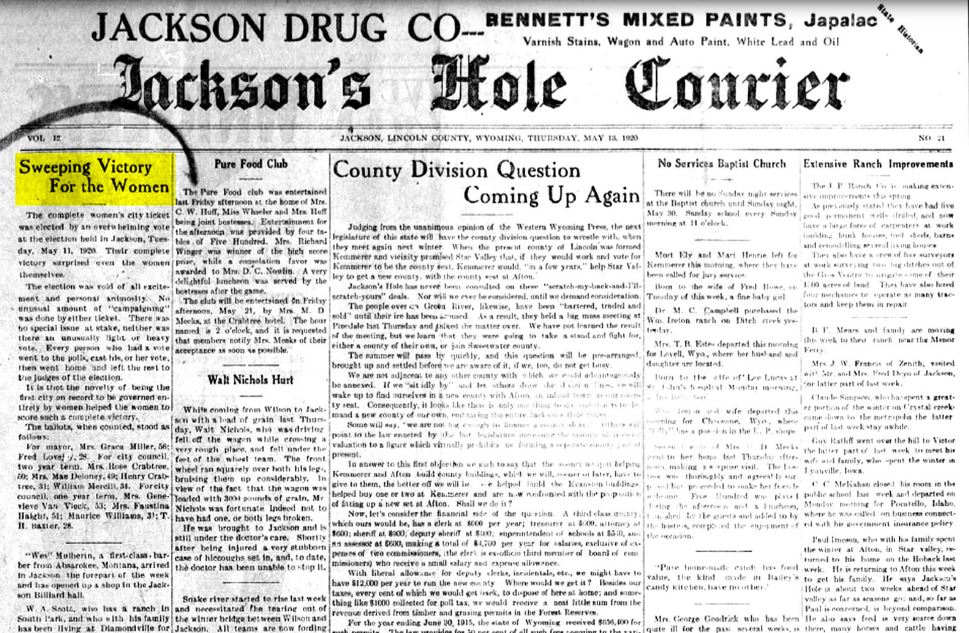 At the center of the campaign is a 90-second inspiring anthem video that captures the untamed spirit of Jackson Hole by highlighting its women of the past and present.

The video dramatically blends archival photos of the town’s female pioneers with footage of current courageous trailblazers and community leaders, set to the song Wild Woman by Sleep Machine.

This drive is an evolution of the Stay Wild campaign and movement launched in 2017.

Kate Solitt, executive director, Jackson Hole Travel & Tourism, added: "Jackson Hole has a rich history of powerful woman and this year represents the 150th anniversary of Jackson's all-female town council plus the Year of Woman in Wyoming. There’s no better time than now to celebrate our past and present wild women!"