Specsavers' creative director Graham Daldry describes how his in-house team turned Luis Suarez biting an opponent into a viral ad for his brand in less than 16 hours.

It’s Tuesday 24 June at around 6:35pm We are watching a pretty dull Italy v Uruguay game, the only memorable thing that’s happened so far being that [Italian footballer Claudio] Marchisio has been rightly sent off.

Ballotelli [Italian striker, Mario] has been useless, the Uruguayans listless. However as the game enters its 78th minute there arrives the moment we’ve been waiting for since Brazil and Chile kicked off two weeks ago. In fact, we can’t believe what we’re seeing. Luis Suarez bites [Giogio] Chiellini.

It’s the biggest story in world football since… well, since Suarez bit [Chelsea player, Branislav] Ivanovic. Except that was just Liverpool against Chelsea in the Premier League and only the second time he’d done it. This is the World Cup and three times is worse than carelessness. We look at each other. Sod the football, we have an ad to do.

6.45pm. This is always a bit of a tense moment. We all know there’s a sitter out there on the goal line waiting for a tap in. But you’ve got to do it the right way. You can’t just go in there and hoof it over the line.

We’re already starting to get the texts from the marketing team and the media agency, and route one is pretty obvious. Picture of Suarez biting Chiellini, Should’ve gone to Specsavers. But we’re after something a bit subtler here. We don’t want to waste this one.

6.48pm. The media agency has come up with spaghetti. That’s the best so far. Other suggestions are a half-time orange. Pizza. Beef (apparently there’s a lot of that in Uruguay). We knock it around.

7.50pm. Still not there. But then we get a 40-yard chip over the goalie from Chris Davidson, who works in our web team. Chiellini/Cannelloni. Brilliant. Ten minutes later it’s approved and we’re off.

9.57am. After a scramble for shot rights, it’s out on Twitter. Press artwork is ready for tomorrow.

It took a few games, but at last the World Cup has lived up to its billing, and it has beaten the Olympic Flag cock up.

There are a couple of serious points about what we’ve done though.

First of all, this is a great example of the other way of using Facebook and digital. We have it constantly rammed down our throat about how trackable, accountable, measurable and data driven it all is and of course we love all that.

But we’ve just managed to get something funny and on brand in front of as many people as a break in Coronation Street, its cost us about 10p*, and we have also communicated a lot about how on-the-ball, up-to-date and responsive we are. All of which are, perhaps surprisingly, excellent ways of demonstrating our professionalism and expertise: two qualities which are often incommunicable in more direct ways.

Secondly, this sort of advertising is increasingly important because Coronation Street breaks don’t work as well as they used to.

Thirdly, it demonstrates one of the biggest advantages of having an in-house creative department. What happened between 6.35pm and 8:01pm on 24 June was a conversation, which would have been tricky (though, of course, not impossible) for an advertising agency to have.

A great idea doesn’t care who has it, and conversations with clients (or marketing teams) and media agencies are an increasingly important part of the process of generating work. Proximity and immediacy are essential in the production of work like this and it really helps to sit close to the rest of the team.

The fourth reason is, I think, that work like this is really important. We live in a world where the analysis of effect is rapidly replacing the understanding of cause.

Put that another way, data analysis is retrospective and only understands things that have already happened. It gives great test results, but it doesn’t tell you what to test. It’s hugely useful if you are emptying rubbish bins, but not so helpful if you want to create great ads.

But if you do want to create great ads you have to be able to emulate the data merchants and be relevant and nimble because increasingly that’s the way consumers consume media. You have to be able to have conversations quickly and effectively, make fast decisions and be responsive to opportunities. Speed matters. 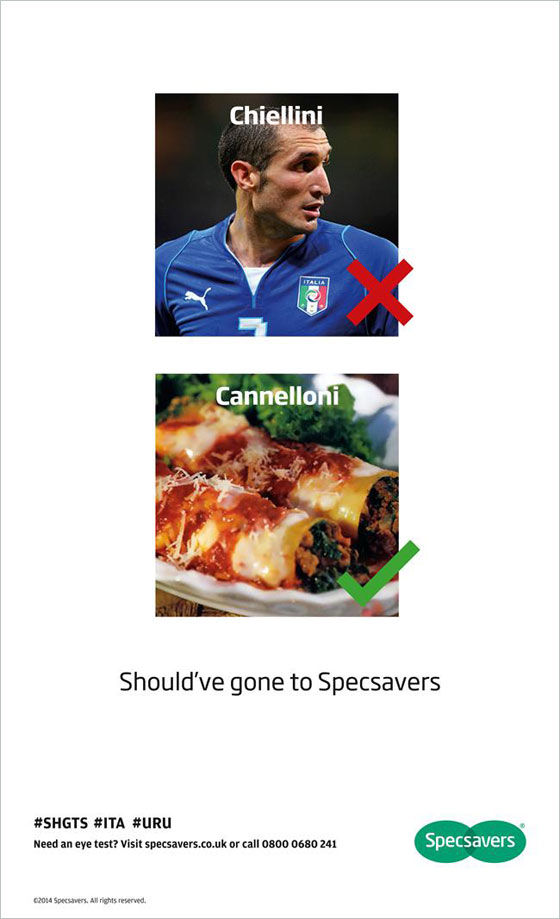 John Cleese back as Basil Fawlty in new Specsavers ad