The violent Netflix series has become a fan favourite and can now be found in brand activations. But such experiential presence has drawn both fans and detractors.

Since Squid Game first appeared on Netflix in September, the show has fast become the streaming service's most-watched series, with more than double the viewing numbers of the next contender.Reportedly watched by more than 142 million "member households", the show follows a group of adults who put their lives on the line in a series of mysterious survival games, all for a chance to win 45.6 billion won.

Although the series features brightly coloured sets and school playground-inspired games, there is blood and violence and the series is rated 15-plus.

In the UK, Netflix has been delighting (and frightening) Squid Game fans with a replica of the robotic doll featured in the show.

Appearing at London's Westfield, Manchester's The Trafford Centre and in Birmingham's Grand Central Station, guests over the age of 16, were able to interact with the three-metre tall doll, which had moving light-up eyes and could sing. Squid Game's distinct, brightly costumed guards were also on-site giving fans the chance to capture photos and videos. Circular cookies, carved with different shapes from the series, will also be available.

Lorna Dunn, head of experiential at Us Experiential – which created the activation – told Campaign: "We were really conscious of being in environments where there would be families or younger people. So we made sure there were no nods to violence at all throughout the entire activations. So if you were under the age of 15, you wouldn't see anything that would appear to be violent, you would only know if you'd seen the show."

She explained that an "if you know, you know" approach allowed fans of the show to benefit fully from the experience through "Easter eggs", or knowing nods to those familiar with the series, without the experience upsetting those of a younger age.

However, Gary Pope, chief executive of Kids Industries, feels that even as a lover of the show, Squid Game activations can be problematic as they indirectly appeal to kids as "the show has transcended the platform."

Since its release on 17 September, Squid Game has garnered around 399,400 mentions in online conversations across the UK, according to figures generated by Talkwalker. Key drivers of online conversations have been an appreciation for the show's characters, such as Ali and Kang Sae-byeok, recipe requests for dalgona candy and demand for Squid Game tracksuits in the run-up to Halloween.

Pope told Campaign: "It's a brand, and that means it's across just about every platform you can find with memes, breakdowns and all manner of UGC. You don't even need a Netflix account, you can piece together the whole series from TikTok if you try hard enough.

"Kids are driven by peer groups and this is the hottest thing for a while. In my day it was Zammo's smack habit, today it's a violent death for crumbling a cookie."

In LA, fans were able to explore some of the games featured in the Korean show in a safe way. On 23 October a Netflix outdoor pop-up featured dalgona, a game in which players try to carefully remove pre-formed shapes from sugar candy biscuits; "red light, green light" with a robot doll; and photo opportunities with actors dressed as guards and players.

Meanwhile, Netflix France opened a pop-up experience in Paris for a weekend. Visitors were able to play some of the games featured in the series, including ddakji, where players throw red and blue envelopes to the ground as they try to flip their opponents' tiles. 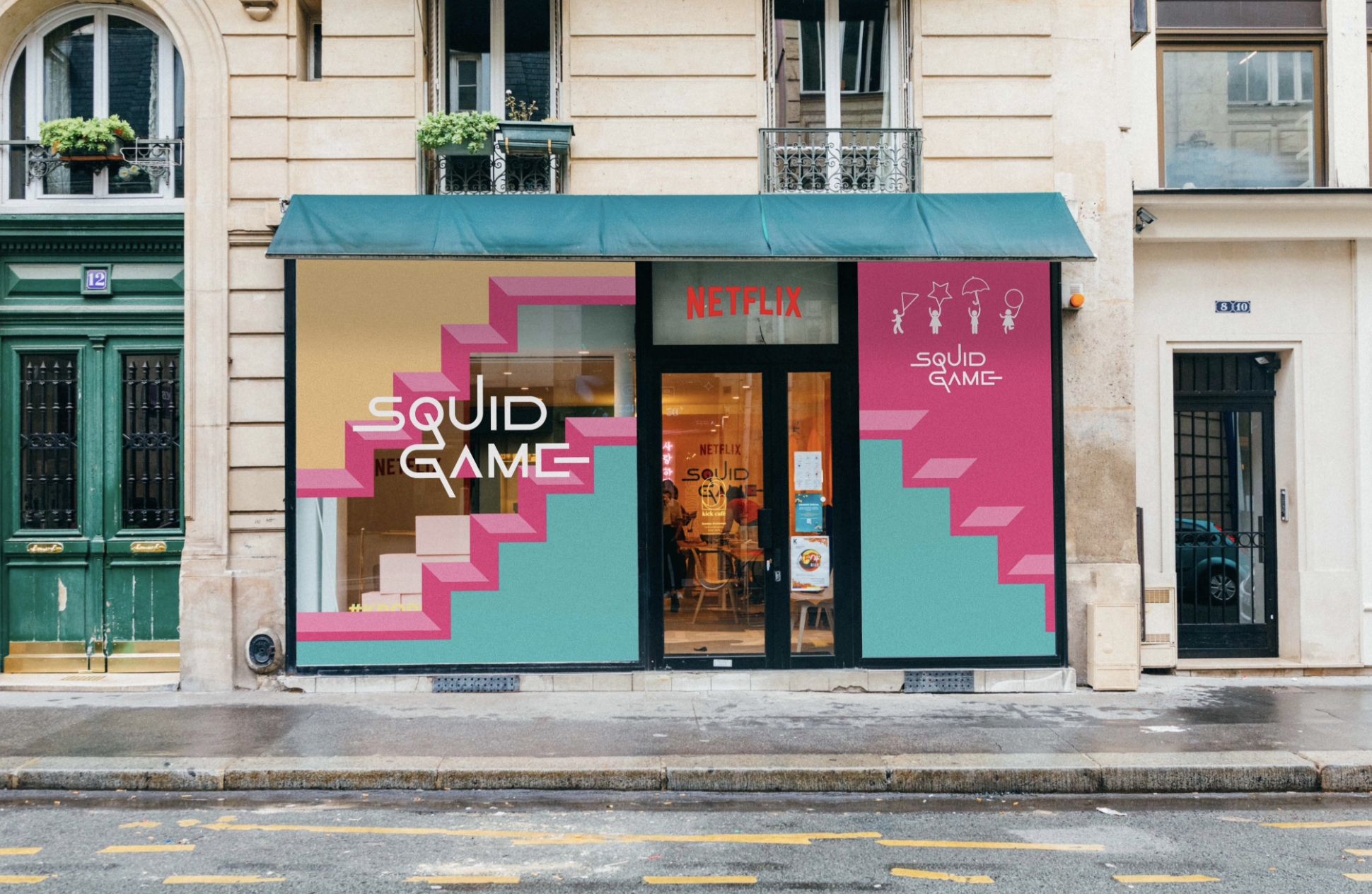 With Squid Game now officially renewed by Netflix for a second season, its clear that even though the show is for adults, it's clear its proliferation across society is sure to continue.

Riot Games animated series spills out into the real-world

Getting in tune with generation TikTok

It's time for brands to embrace the metaverse