Walrus was built out of curiosity as an A.I. tool and has unintentionally become a valued member of the New York-based team.

Think of him/her (or non-binary marine mammal) as a really sassy Alexa, but without voice recognition and far less answers.

It’s the official mascot for the New York City-based independent creative shop and brainchild of founders Frances and Deacon Webster. They created it out of "the need to heed the same advice that we give our clients: be different, stand out, don’t be afraid of detractors. If we didn’t we’d be pretty hypocritical. Hence, talking walrus."

But what started as a curious passion project has unintentionally yielded knowledge in artificial intelligence and even won business for Walrus.

"We didn’t know it at the time, but the walrus ended up being great training for the voice assistant that we just created," said Deacon of the agency’s new voice skill for infant nutrition company Sprout Foods. "Understanding how people tend to approach an interface with few navigational cues is extremely helpful for that process. We basically built a very crude A.I. from scratch and have been modifying it ever since."

The backend coding is almost entirely manual. A series of default answers are delivered if it doesn’t recognize a request, and then everything else is manually inputted. The system logs everything that people ask the walrus and the agency will periodically generate new responses based on those queries or connect those queries to an existing appropriate response.

Along the way they’ve learned a lot about what us weird humans do when we come across a form of A.I.

"First they check and see if it’s responsive by saying ‘hello’ or ‘hi,’" he explained. "If that goes well, next they try and see how smart it is (or more accurately, they try to break it). Maybe they’ll ask it about the weather, current events or something else that indicates that it’s self-aware.

"Finally, they start swearing at it. Aggressively. I don’t know why everyone does it, but they do. It’s partly testing if the developers are cool enough to put in some clever responses, and it’s partly attacking it for not being human enough. It’s like they’re saying, ‘sorry, you’re not believable at all! I’m gonna have to destroy you now.’"

Crude language aside, the biggest surprise Walrus has offered up so far is new business. The team was sifting through the response list one day when it noticed someone had asked whether Walrus would like to work on Chex Mix. They cross-referenced the time and date of the question against the IP addresses of website visitors to determine it was someone from General Mills.

"So we called them," Deacon added. "The marketing manager was both amazed and terrified that we had tracked him down, but it worked." 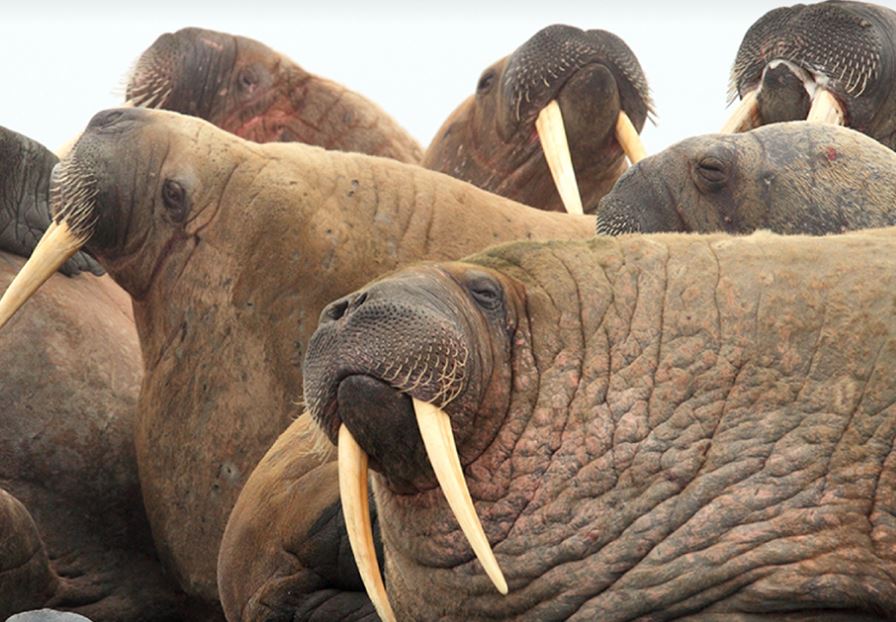 Actual conversations Walrus has had with people

User: Where are you?
Walrus: We’re located in Union Square
User: Are you a talking walrus?
Walrus: Isn’t that obvious?
User: Fuck you

User: Hi
Walrus: Hey, how ya doin?
User: Good how are you?
Walrus: I’m doing doing quite well, thanks for asking
User: You are fat

User: What is this?
Walrus: Isn’t that obvious.
User: Where can I get some dank weed?

User: Hey are you fat?
Walrus: Well now you’re just being arbitrary
User: You suck
Walrus: Say what you want, but realize – I’m not real.
User: Can I have a job?

User: Who are you?
Walrus: Walrus is a full service advertising agency
User: Will you marry me?
Walrus: Like in that movie, "Her"?
User: What color is lady gaga?

User: What’s your address?
Walrus: We’re in Union Square
User: What is a garbage truck?

Omnicom scoops up another shop in IT consulting space