Walkers took out a full-page ad in The Sun today, which featured the face of its long-time brand ambassador, Gary Lineker, superimposed on a muscular frame with "L.C.F.C" tattooed across his chest and wearing nothing but underwear.

Lineker, a former England captain who is a Leicester native and fan of the club, is seen smiling and holding a special bag of Walkers crisps, which is "salt and victory" flavour (instead of salt and vinegar).

Football fans will know Lineker, the presenter of BBC One's Match of the Day highlights show, said he would strip to his pants on TV if Leicester won the title.

The ad follows Walkers' digital billboards last month that showed the pundit’s modesty covered by bags of crisps which disappeared as the team got closer to the title. 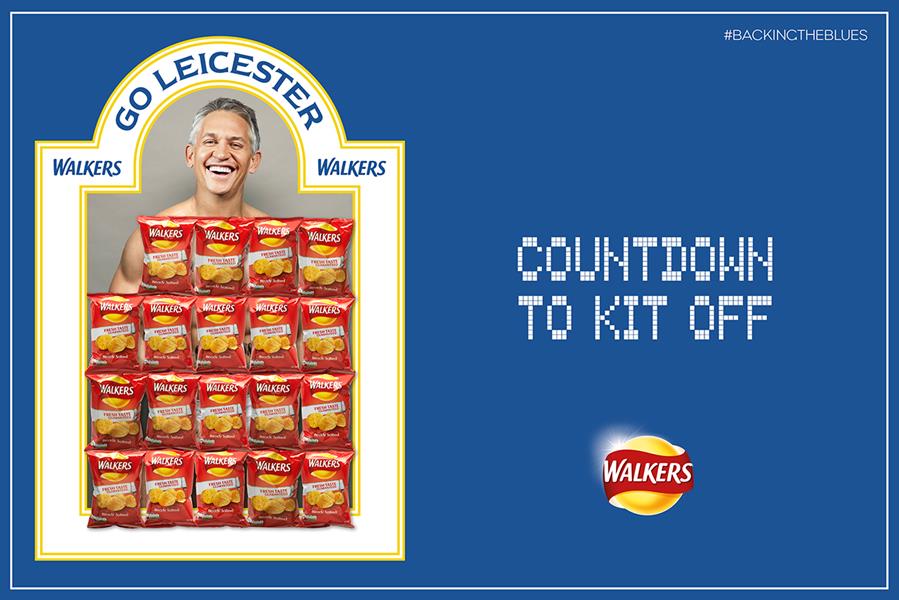 Other tactical ads in The Sun’s sport section today are by Captain Morgan, the rum brand, which superimposes Leicester’s team captain Wes Morgan on to its familiar icon shown on the bottle. The ad’s tag lie is "well played, Wes. Today there’s #OnlyOneCaptainMorgan". 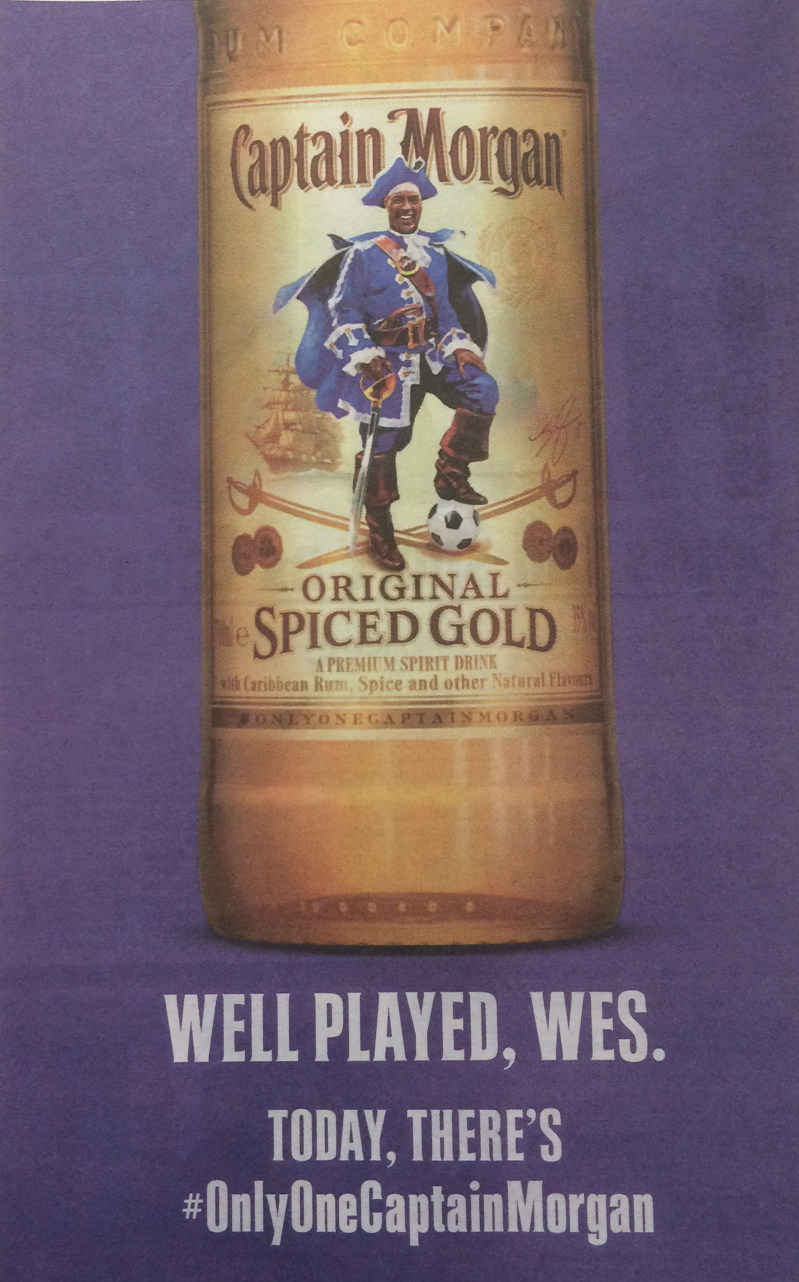 There is also a congratulatory message in an ad by watch brand Sekona, which is "the official timing partner" of the club, in today’s edition of The Sun. 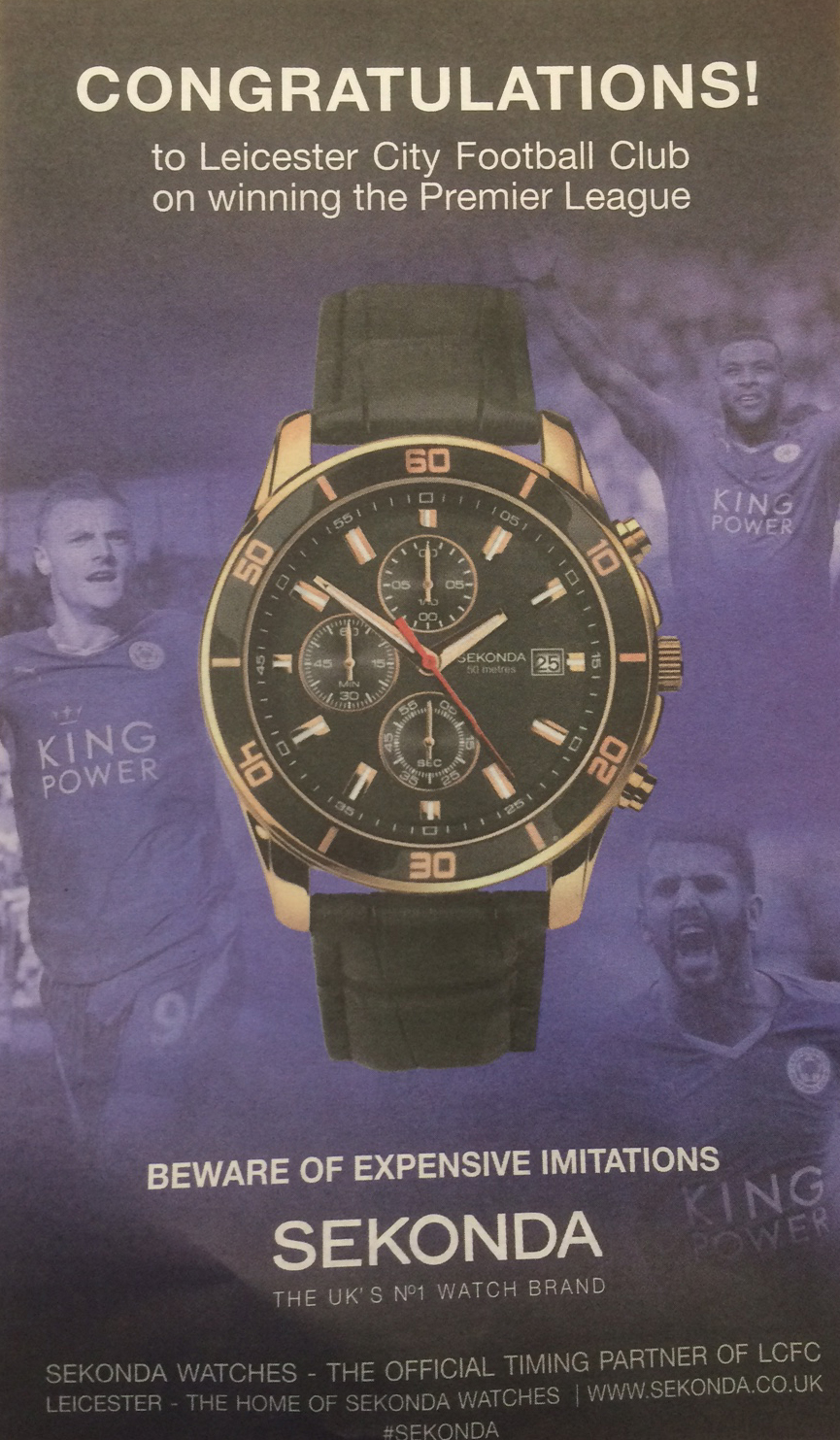 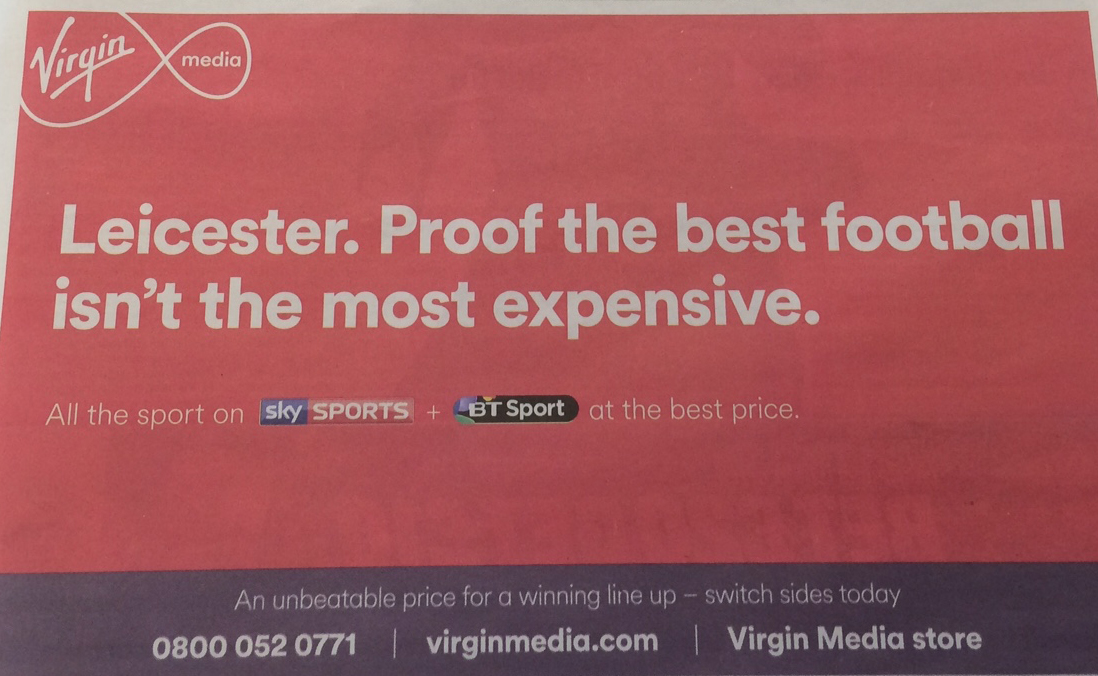