Volkswagen has appointed Geraldine Ingham, Nissan's marketing director in France, as its new head of marketing in the UK, replacing Rod McLeod. 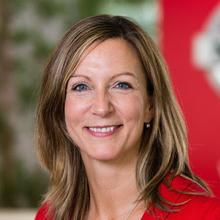 Ingham has joined from Nissan France, where she spent three years as marketing director, and was responsible for developing a new car-sharing pilot scheme in Paris, as well as establishing a new approach to the launch of new cars.

Before Nissan France she was chief marketing general manager for small cars, Europe, at Nissan International, where she was responsible for Nissan’s European small car strategy across 27 markets over three-and-a-half years.

Meanwhile McLeod is now head of sales at Volkswagen after 12 years overseeing VW’s marketing in the UK.

The German car giant suspended its advertising in the UK in 2015 amid a scandal involving diesel-emissions rigging.

The scandal led to a dip in sales of Vokswagen models in the following months, yet the brand still performed "strongly" in the UK in 2017, according to Statista.

How VW overtook Toyota in sales despite emissions scandal