You may have heard of VSCO girls, or rather you’ve seen the like.

Tweens and teens who are forgetting the perfect filters, ‘fits, and foodie pics of Instagram - those who are rocking bright colors, drowning in scrunchies, carrying enviro friendly Hydro Flasks, embracing Crocs, which we could have sworn died in the early 2000’s. They love Mario Badescu, the 52-year-old skin care company (Ed. note: low key their tastes are actually quite impressive). They even practice safe sun care and wouldn’t be caught dead with a plastic straw.

They are like the youth of the 90’s, only better.

It’s a counter movement to Instagram’s influencer look and feel, which gradually has morphed into one single frame - washed out, neutral colors, perfectly candid pics. When a motorcycle accident recently turned into an impromptu photo shoot (yes, for real), we’re left wondering: when will Insta mature and join Facebook, Twitter, Vine and others in the social media senior center? Because what does Gen Z do when underground becomes mainstream? Evacuates. 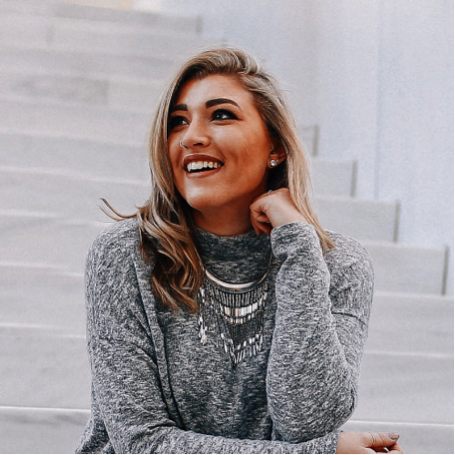 VSCO, a photo-editing app originally intended as a space for artists, is nearly absent of any engagement function and was the absolute last place we’d expect tween girls to run to.

However, Gen Z isn’t intimidated by emerging tech the same way their millennial predecessors were. Years of watching digital natives’ behaviors has proven them capable of augmenting the internet to their every whim - from teens using Google Docs to pass notes in class to prank AirDrops.

Tweens and teens took VSCO to a totally new level. They developed a whole personality around the social outlet overnight. A wax figure of the look includes an oversized tee, jean shorts, messy buns, huge sneakers.

Are they polished? No.

Do they care? Maybe.

It’s an effortless aesthetic that actually takes some work. High price point brands like Birkenstocks, Lululemon and Fjallraven are artfully paired with friendship bracelets, crew socks and bucket hats. Where the Tumblr girls of yesteryear promoted designer looks, VSCO girls want you to look good, but not your best.

Moreover, these girls are repositioning brands like it’s their job. And you want to be on the right side of this process. Take Carmex for example. A stable but sleepy brand. A product that fills junk drawers across the nation.

Now, all of a sudden retailers can’t keep Carmex on the shelves because a microcosm of girls they didn’t know existed are treating the petroleum jelly like milk and honey in the aisles of Target.

Walk into any REI or outdoor retail location, expect to find your backpacker, fly fisherman, marathoner. How are these lip-glossed girls cleaning out Birkenstocks and Hydro Flasks at the rate they are?

Cue the stat we’ve all seen suggesting Gen Z has access to $44 billion a year and another $600 billion in influence from their parents and others.

It’s no surprise that Gen Z is driving the trend engine of tomorrow. They’re growing up in an ultra-customizable world and brands everywhere want in. Entertainment is at their fingertips and they watched their parents’ iPads at the dinner table. Didn’t we expect they’d forge new trends? That they’d go out there and bring us back something new?

While we were all watching, they reverted three decades.

Perhaps it’s something more simplified they crave? If we can take anything away from Emma Chamberlain, queen of VSCO, it’s that default typeface is in and over-designed script is out. Billie Elish’s music is a whisper and somehow, they can’t get enough.

Every trend we know today is going to change tomorrow - something that’s always been true but it happening so much faster now. VSCO was designed for artists and Gen Z took it and made it their own, giving it a walking, talking personality. In a few week’s time, the sun will set on the look and we’ll scramble again.

So, how do brands win here? For starters, don’t waste dollars trying to make a better version of VSCO or TikTok or even Fortnite. Make products that double down on their purpose and stay true to the function and Gen Z will find it, wherever it is.

In the meantime, I think we’re all stoked that seashell necklaces are back.

Natalie Dallenbach is a junior art director at social and digital agency Glow.

Want to win over Gen Z? Here's what brands need to know