Vodofone had to learn how to engage a new demographic, and fast.

In more recent times, if you had mentioned Vodafone to someone under 25, the response was often "it’s a brand for my mum and dad". Vodafone had never specifically targeted this audience and therefore it was not a brand that was necessarily front-of-mind for the younger generation.

The same was true for most telecoms providers; it was a functional relationship – a handset and a tariff – rather than a brand connection. But, given that there are 8.4 million 16- to 24-year-olds in the UK, Vodafone was determined to engage with them in a meaningful way.

The immediate task was to understand what makes them tick – their behaviours, needs and tastes – and fast.

Given a brief in February 2017 consisting of a completely blank slate, Vodafone and Team Red (Ogilvy and Wavemaker) came together in close collaboration to transform the perception of the brand with this target audience, as well as provide an offering that met their needs in a new and exciting way.

Here was an opportunity to create an industry-first in how a telecoms giant could lead the way in communicating with, and providing services to, the next generation.

British 16- to 24-year-olds are tech-savvy, well connected and doing things differently. Our research uncovered their monthly data usage is twice as high as the average user. They had learned to swipe as they were learning to write. As sophisticated "prosumers" who rely heavily on technology, if it isn’t up to scratch, they will air their concerns publicly.

This is a generation that has grown up against a background of socio-economic turmoil. It is one that views brands under the lens of purpose and how they fit into current culture. This young audience has no interest in, or patience with, traditional advertising. Instead, they would rather feel that brands are being straightforward, transparent and speak their language.

From a product perspective, telecoms companies were missing the mark as well. For young people, phones serve as a connection to their virtual world. But they could be restrictive, with long, inflexible contracts and data allowances that didn’t afford them the freedom to meet their needs.

One instant solution might have been to create a bespoke tariff under the wider Vodafone brand, or throw "free stuff" at customers. But this new proposition had to be more than that. Vodafone wanted to tap into the culture of "rebelling from within the system": breaking with the convention of what was expected from a telecoms brand.

An entirely bespoke youth sub-brand was developed: Voxi – a UK first. It consisted of:

To prove our commitment to young people, we "age-gated" the brand. With a drastically different proposition tailored to the target audience, we thought there was no-one better to bring this to life than the target audience itself. 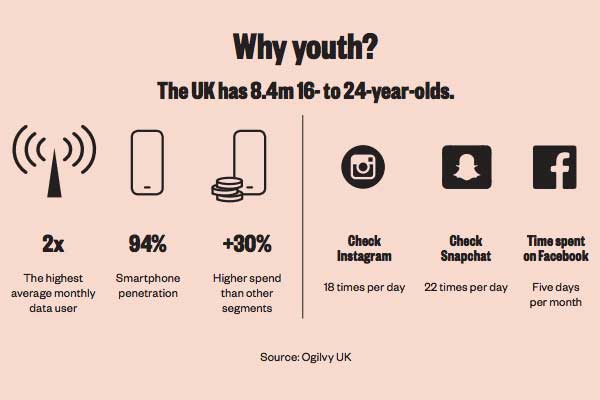 Diving into the unknown

Conceiving a new brand was a significant undertaking. The name Voxi was derived from the Latin word vox (which means voice). This was a nod to Vodafone’s purpose, but also an affirmation that we wanted to give this demographic a voice.

The logo was designed to serve as a window to what our audience loved to watch, create and interact with, ensuring our brand wouldn’t get in the way of what they really cared about.

Creating an unconventional entity called for new ways of working. A truly integrated client/agency team was formed – with everyone sitting together and working in an agile way. Silos were eliminated and the mindset and function of a unique sub-brand were embedded in the project from day one.

Once the brand was in place, the message needed to spread. Our audience’s attention was already being strained: an impending double iPhone launch, plus other brands seizing the back-to-school and university rush meant we would have to be targeted with our reach while building real credibility. The communications activity fell into three categories:

Voxi launched in September 2017, while a two-minute film to support the launch followed a month later, featuring everything from human hotdogs and sushi-sculpted mermaids, flying cats and dabbing grannies, to a Nutellafilled bathtub and a horse sporting a set of gold "grills".

Vodafone was the first telecoms brand ever to plan fully digital- and social-first. Voxi, meanwhile, was the first brand to be discovered in social-media "stories". It was also the first advertiser on Snapchat University Stories and the first to use clickable Twitter video. And it was the first key programme sponsor for MTV and MTV Music.

The Voxi brand also engaged with university students through surprise activations during freshers’ week and the placement of student brand managers on the ground. The brand was present at 21 universities across the UK, covering 25% of the student population.

The celebration included live-streams of the performances, a pop-up Voxi store (selling limited-edition graphics available on phone cases and T-shirts), dedicated street-art frames and even surprise busking appearances from the launch artists.

Beyond a network provider

Voxi isn’t just a new brand identity, it is a whole platform for youth-generated content. It is a community that celebrates endless creativity and endless possibilities, enabled by endless social data.

More than 100 Voxi Creators, comprising artists, filmmakers, bakers, knitters, illustrators and designers, to name but a few, took the creative reins under Voxi Curators – well-known creative talents from actors to entrepreneurs. They produced content around their interests and passions, which became the spine of our campaign.

The in-house Voxi editorial team curated this content, published weekly through Voxi’s paid, owned and earned social channels. As well as providing mentorship for these new creators, we also gave them the opportunity to produce large-scale sponsorship content for MTV. 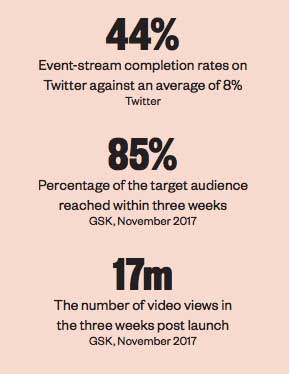 What’s next? In 2018 Vodafone is continuing to innovate, challenging industry conventions with a product and campaign plan that, later this year, will introduce young people to the benefit of endless social data in more exciting and unforeseen ways.

The only constant will be that Voxi will continue to harness the voice of the young generation and, like them, never stand still, always looking for the next new thing.

Jon Tapper is the managing partner at Ogilvy UK

The Walking Dead brings undead to life at immersive exhibition

How Heineken and Publicis built brand success on big issues