In conjunction with creative agency MediaMonks, Campaign US gathered a panel of senior VR experts to explore the opportunities and obstacles of the virtual reality revolution.

What’s it all about? 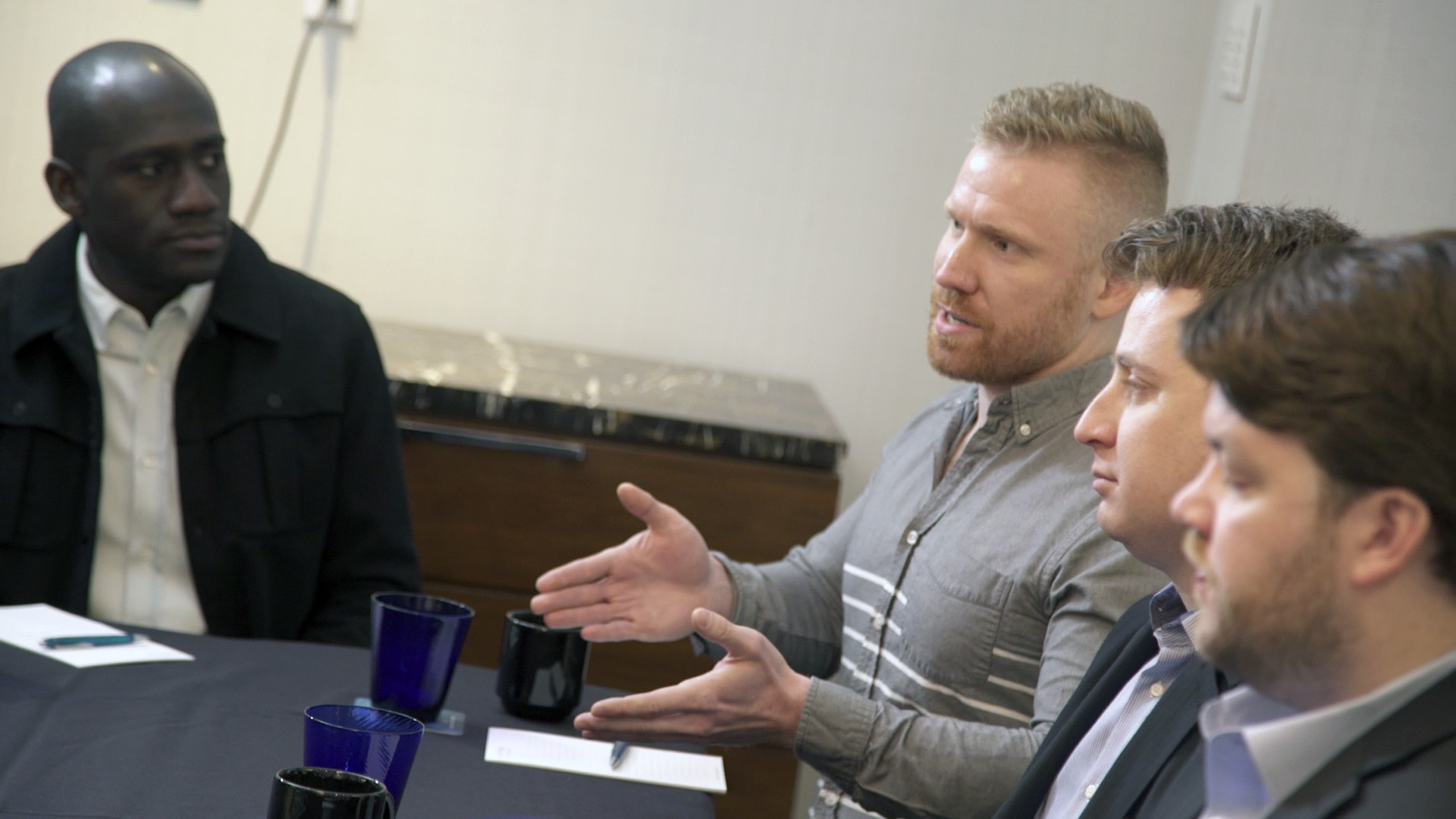 Virtual reality has attracted a lot of attention since Facebook bought Oculus, the maker of a crowdsourced VR head-mounted display, for $2 billion back in March 2014. Since then Google, Sony, Samsung and Microsoft have made multibillion dollar investments in this technology, and there are several high-profile consumer launches planned later this year.

Consumers experience VR using a headset that covers the user’s entire vision, totally immersing them in a computer-generated, 3D world.

From a brand perspective, VR offers the opportunity to make deeper, more meaningful connections with your audience. Many of the world’s leading brands like Nike and Red Bull have already used it to create impactful campaigns. 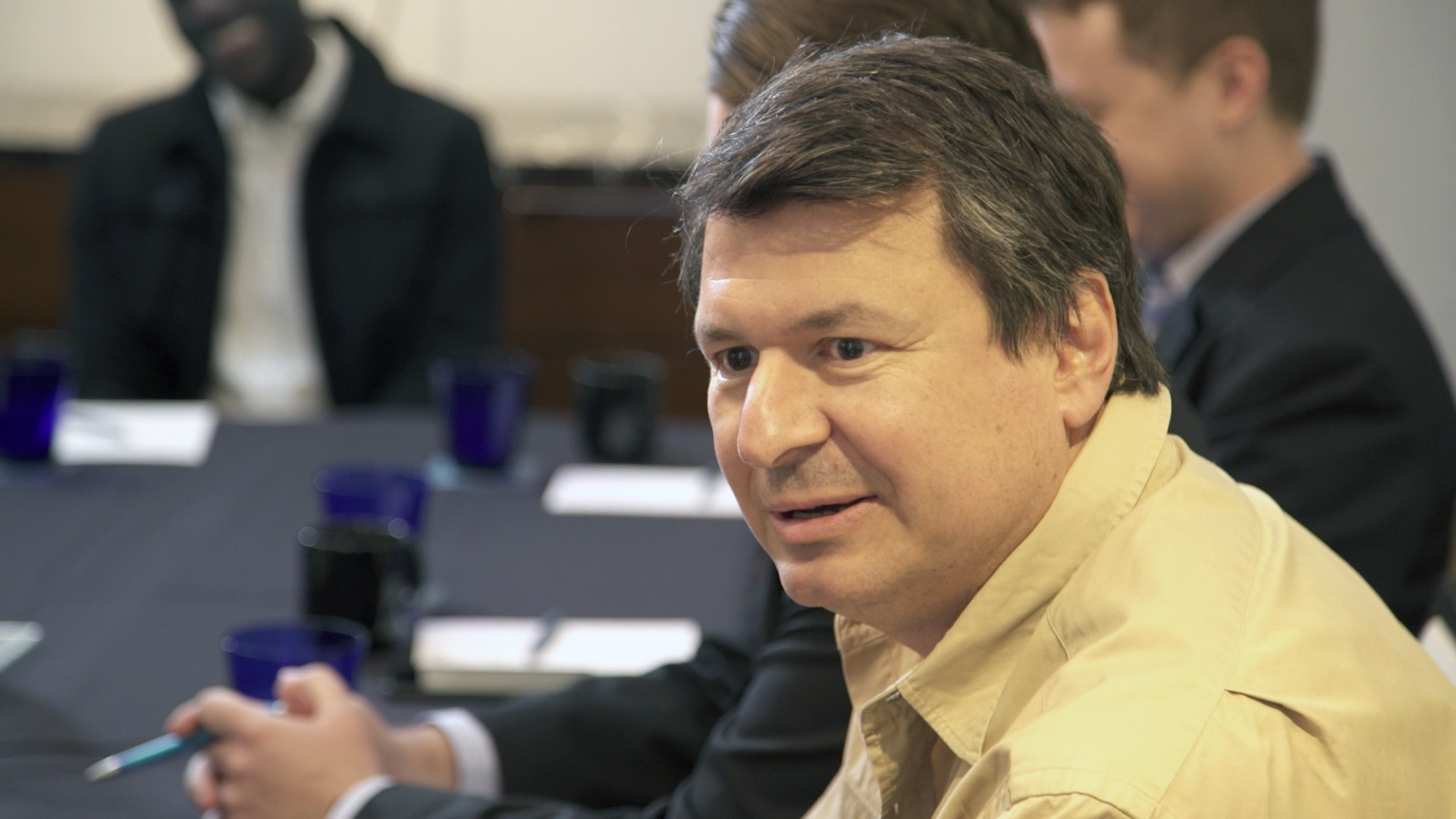 Virtual reality could be transformative for the ad industry. Rather than interrupting people with ads, brands could harness this new medium and sponsor VR experiences that people actually seek out.

First, the industry has to understand this new playground and what is essentially a test bed for a new way of interacting with consumers.

These are the early days of VR. Those already using it in their advertising and marketing strategies are early adopters. The VR conversation is in its infancy, from a creative perspective at least, and the technology is constantly evolving. According to Kwame Taylor-Harford, VP/head of integrated production, Sid Lee, the technology will be much improved by 2017, and he believed that "once people get the tech, it will be all about the story."

Currently, VR is a new space that not everyone has dabbled in, so allowing brands the opportunity to "get famous." According to Jason Musante, MD of Havas Worldwide, "It’s more of a PR play at the moment — rather than being about VR itself or even the tech — as it’s still so expensive." VR and PR are competing against each other. Jason added: "We created a narrative led VR experience, but the PR around the VR was more interesting than the content to the press. People were more interested in how the VR experience was made than the actual event."

And who can blame them? The table acknowledged that being immersed in a world of virtual reality with a 360-degree view, far outweighs the way people have been consuming content up until now — namely on rectangle-shaped screens of varying sizes.

However, as Chris Koenig, partner and group planning director of Maxus put it, "Getting the earned content is much harder for us now, but VR will be the newest play on how to get that." Kwame agrees. "It’s on us now not to do a print-ad online, but instead we need to look to VR."

Advertising is all about ROI and brand awareness. With the advent of VR and clients’ increasing demand to use it as an advertising tool, the question of measurement will arise soon. Measuring the impact of social-media spend effectively has proven to be tough, so naturally, if clients are investing a pile of cash in this new tech, they will want to know if it’s working.

According to Dario Raciti, US director of OMD’s Zero Code, "If a client has already done some VR, then they start wanting to know how we can measure its success. So far though, we are finding that clients who have done VR want to do more." Gabe Garner, SVP of business planning with Firstborn explained, "Whenever I get into an ROI conversation with clients, it’s really about earned. The curiosity around VR drives earned impressions, especially in social media, even if penetration of devices is still relatively low."

According to Edu Pou from the Barbarian Group "branded entertainment reduces the conversation to brand comms when in reality we're competing with commercial entertainment, like games or movies." He said he believes VR is often over-hyped and that the industry gets so caught up in that hype that it forgets to deliver quality.

The conversation in the press is all about the "standards" of VR, which is dangerous because brands can risk killing it with sloppy, substandard experiences before advertising as a whole has had a chance to explore it fully.

Ola Björling, global head of VR for MediaMonks, said that because humans are acutely attuned to audio and visual cues, we will need 10 times the resolution of gaming before we are optically fooled by VR. "It might be that some people leave VR unimpressed, but that’s not going to happen long term."

So far the highest expectation of a brand was to tell its story well, but Edu said that "because of gaming and VR it will be all about ‘the game of your brand’ and how VR will define that."

Do you remember the first time?

Taking a person’s VR virginity is a big deal. According to Ola Björling, "That comes with a huge responsibility. Bad content will ruin a person’s first VR experience, which will really muddy the waters." Ola goes on: "A badly made TV commercial will be seen, then forgotten. A badly done VR experience is a totally different beast. Viewers become motion sick and may feel nauseous for hours after removing the headset. Brands don’t want their consumers to fear them — much like never eating a certain food again after it gave you food poisoning."

Luckily, Ola is positive that this can be overcome. He said: "There are some nice principles for solving VR sickness, mainly by approaching it with the outlook that what works in real life without nauseating the consumer will work in the virtual world, too."

According to Dario, VR has become a point on all marketing managers’ checklists, and many tend to hire the first company they come across. "We see a lot of people coming to us to fix the VR mistakes others have made." Chris agreed: "I hope this is when the agency steps in and steers brands to trusted VR partners." Dario felt that "a lot of ideas are thought about like a 90-second spot — that just doesn’t translate to VR. The prices for VR have tripled in the last year — which is due to the complexity and demand."

The danger as Ola saw it is that "brands come to an agency to tick VR off their list, but some agencies haven’t delved into VR yet, some haven’t even experienced it, so when they accept that job, they are playing with people’s money in a really bad way."

Ultimately, producing a great VR experience that will leave consumers begging for more is all about collaboration. Experienced producers and creatives coming together to work on an idea that is much deeper than just words on a bit of paper.

The table realised that producing amazing virtual reality experiences requires a new type of talent. Understanding the concept of creating a VR experience is like learning a new language. It is time agencies started looking for talent in more unlikely places. As Kwame put it: "It’ll be two guys in a garage who can do VR better than all of us. We are going to need to collaborate, we can’t rely on the ‘I drew this, so go and make that’ mentality anymore." Dario agreed that there is a lack of available talent: "It’s a big issue — either they are happy where they are and don’t want to move or they are way too expensive."

Edu felt that if you combine ignorance with endless curiosity and empathy, then the training you need for VR comes naturally." For brands, though, it is all about having the right "name" on board. Experienced VR agencies are losing pitches too lesser players because they didn’t have a big enough named director on board. The point is that using VR properly means bagging the best talent and not making do with anything less.

The table agreed that there's a lot less bullshit surrounding VR than there is in advertising in general. And because it is still very much in its infancy, it is something to embrace and not rush. Kimberly Zar, MEC, Associate, Innovation and Consumer Technology went on to say: "You don’t have to be the first to market with VR — waiting it out might be the smartest move."

Will VR be the "mini disc" of the future and die within five years?

For VR to survive, brands and advertising need to play a very different role in the ecosystem. VR is currently available to the elite — those who have the money to buy the gear or insiders who attend the events and test demos. Edu said he is obsessed with "what lies beyond the goggles." He added that we need devices that are democratic. VR has to work across the whole spectrum of devices from the worst to the best and the content needs to be consistent.

So, while VR might not fade away, there is a chance AR (augmented reality) could eclipse it. Kwame thought that holography is a real contender for killing VR because it is real, while Gabe concluded: "We can’t help but predict what will be good or bad — what will survive or die — but I am fascinated by the potential. Exciting times."

How Coke, Mondelez and Nestlé are using Facebook's Slideshow to reach emerging markets