Maguire: I chose this ad because... 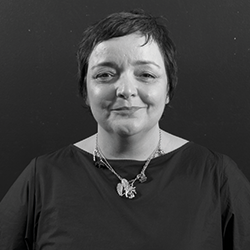 My kid sister has a tattoo on her shoulder. It’s a shamrock that says "Shane MacGowan for ever". She was pissed. Your kids are not. Sun damage on young skin is as permanent as a tattoo.

How do I know? Because that Boots Soltan radio ad told me. Simple. Memorable. And I don’t even have kids.

This for me was the best ad of the bunch, because it was the best brief of the bunch. Selling berries or paint colours (key features of this month’s other shortlist-ees) doesn’t come close to a nugget like that. It’s a gob-smacking fact. It should have been the winner just on strat’ alone. But fair play to the crew, they brought it to life with wit and finesse.

Unleash the hounds
If you think you’re being short-changed by being given a radio brief, check out K9FM* by Colenso BBDO from New Zealand. It’s next level. Listen and weep.

Be a countryphile
Listen to country music. That’s actually my answer to everything.

Tattooist Hey, good to see you again. What tattoo are you getting today? [Reply comes from an eight-year-old girl.]

Tattooist Nice. How many is that now?

Girl I’ve got one on my chest from the beach. One on my arm from the park.

MVO Some leading sun creams don’t offer five-star UVA protection, exposing your child to sun damage that’s as permanent as a tattoo. Be certain with Soltan, exclusively at Boots. (edited for length)

(*A whole radio station designed for dogs, with programmes created based on research to keep canine listeners relaxed.)