Facebook and Twitter were used to solicit people’s stories about things they got from their mothers, and collected via a hashtag. A team of poets then turned these stories into poems. The campaign built over time, culminating in a Mother's Day TV ad, shot and edited in less than 24 hours, which drew a huge emotional response.

The campaign was based on an existing social-media behaviour – the hashtag #thingsmymomsays. The campaign adapted this and framed it as a celebration of how mothers help build society.

VCCP and MEC tested and iterated on calls to action until message/audience fit was achieved with a style of post that solicited a good volume of responses. Over eight days, a newsroom staffed by poets and marketers monitored responses, adjusted the campaign and produced a poem every 15 minutes.

The best poems were filmed and posted as video; in parallel, one story was selected to be filmed and aired on TV on Mother’s Day as a campaign climax.

From tactical brief to cross-channel celebration

Nationwide is a building society, founded to help ordinary people achieve together what they couldn’t on their own – property ownership. Over the years, however, it had come to seem more similar to the banks that surrounded it.

Nationwide sought to reverse that trend with its "unbanking" strategy. The "Voices Nationwide" campaign turned the brand’s voice over to spoken-word artists, reflecting the organisation’s role as an enabler of ordinary people. This campaign has driven unprecedented shifts in key tracking and business measures.

On a channel level, objectives for social were to drive greater media efficiency, and to better reach a younger audience. On a campaign level, the Mother’s Day brief originated with a specific, granular, objective to drive engagement and UGC.

What began as a tactical, organic, social campaign grew into a cross-platform social storytelling exercise culminating in the fast-turnaround TV ad. In this way the test-and-optimise techniques normally applied to response campaigns were used to evolve an effective brand-driving campaign. 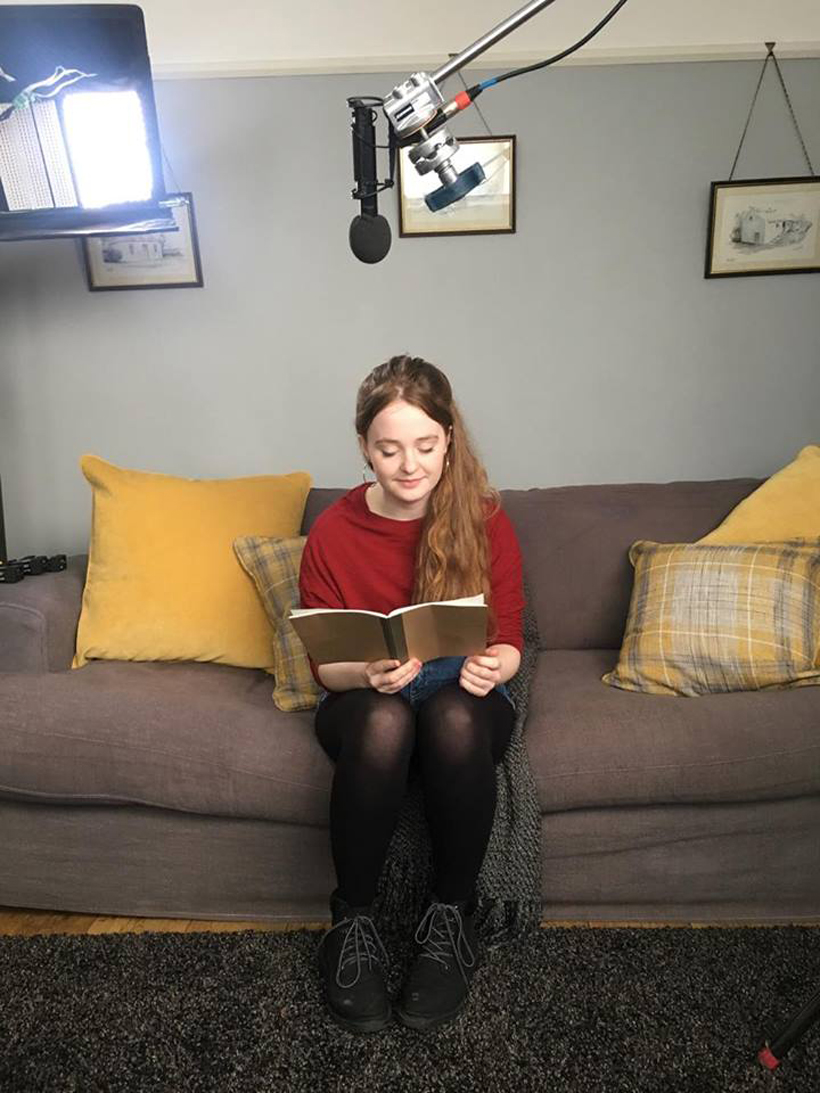 An interesting Mother’s Day trend had gained traction over recent years – people using social media to share stories of what their mother used to say, applied to what the poster was experiencing in the present. The team realised this could be the genesis of a campaign: they could solicit stories from people, turn those stories into poetry, then push them out at scale.

As its endline was "Building society nationwide", the campaign was made into a celebration of what mothers do to help build society. The existing hashtag was reframed as #GotThisFromMum and the campaign endline became "Thanks to all the mums, building society, nationwide."

The aim was to roll the campaign out in three phases – UGC, poems on social media and then a big "event" moment on Mother’s Day.

44% of the younger audience said they would talk about this ad with their friends, compared to the Millward Brown norm of 26%

Three tests were planned to optimise the volume and quality of stories received: in the agency, among Nationwide staff and then against a variety of audiences on Facebook.

A newsroom with poets, a creative team, editorial, account handling, production and client would produce a high volume of poems, building reach over time.

Although the first two phases would roll out on Facebook and Twitter, the third would culminate in a Mother’s Day TV ad, filmed, edited and aired within 24 hours, to give a sense of a mass, live event.

The closed, in-agency Facebook test tried out possible questions to discover what kind of responses it might receive. The results suggested that people preferred to respond with answers about values, habits and characteristics they got from their mothers, rather than physical objects.

Building on this, the team tested within the larger pool of Nationwide employees, and set up a trial version of the proposed newsroom to reply to staff stories on the same day. Based on this test, it then added an additional poet and community manager to the team, and was ready to go live on Facebook and Twitter.

The Nationwide/VCCP/MEC team tested age groups, gender and audience as well as post formats. Slideshows and static images performed better than video, and targeting poetry-lovers was the most effective. Over the course of eight days of optimisation it increased the response rate by 60 times, generating 400 responses.

Building on earlier tests, the newsroom structure was adjusted so that a team of six poets, writing the equivalent of a poem every 15 minutes, could turn the responses into text and video poems that were posted to the Nationwide accounts, tagging the responder and the poet, and replying in-line within the comments thread.

In total, in five days with the poets the team released 36 audiovisual, 12 static and six handwritten poems.

In parallel, it found a touching, real-life story from Gavin Kelly in Belfast. The poet Laurie Ogden turned it into a beautiful poem called Hands, and a team was dispatched to Belfast to shoot it.

There was only time for three takes and emotions ran so high that the crew almost didn’t get a useable film, but the truth and honesty of Kelly’s story shone through and the team knew it had arrived at something truly special. 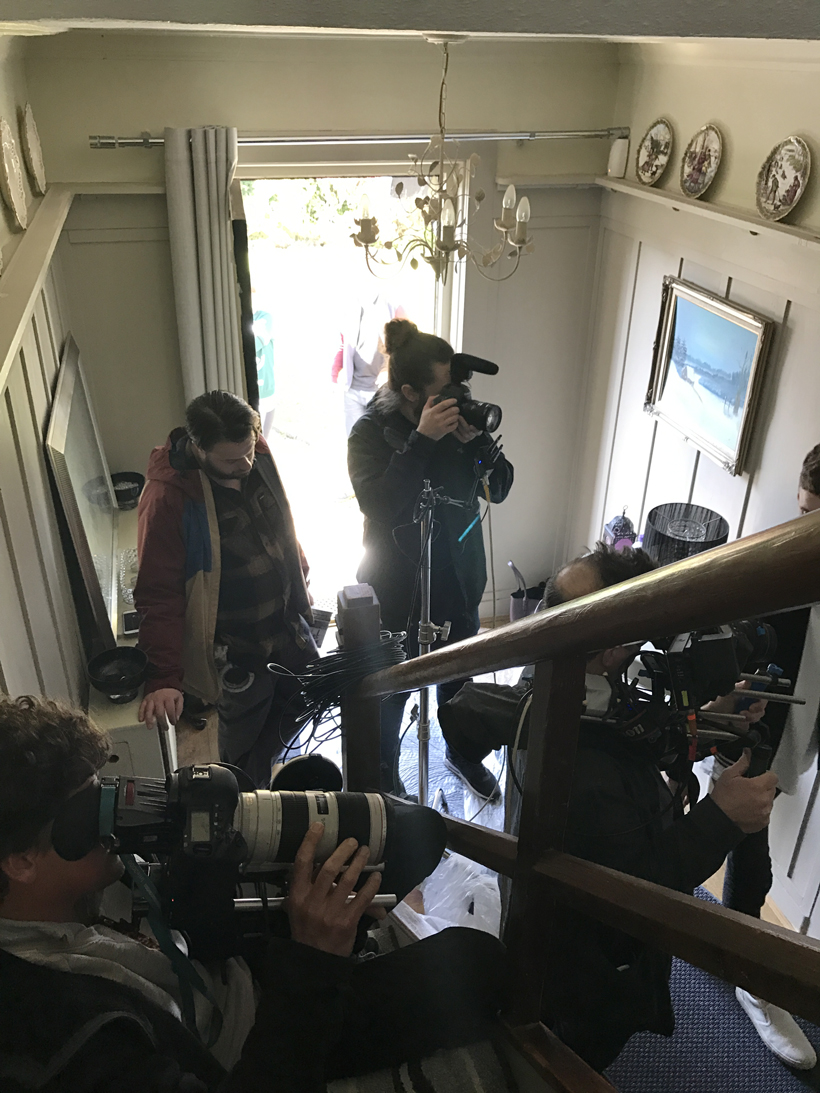 This was Nationwide’s most successful social campaign to date, cumulatively receiving more than three million views and engagements, 95% net sentiment, and reaching more than 5.5 million people.

This was reflected in a strong build in brand mentions and reach in social media over the course of the campaign.

The Mother’s Day campaign drove a large number of positive mentions, compared to a previous, heavier-weight, TV campaign. These mentions were directly driven by the hashtag and advertising.

Additionally, the campaign succeeded against brand objectives – during the period it was live, there was an increase in eight out of 17 tracking measures, including the critical "are different to other financial services providers". Finally, 44% of the younger audience said they would talk about this ad with their friends, compared to the Millward Brown norm of 26%.

All this despite a 70% reduction in media spend for this campaign versus previous campaign activity.

This campaign demonstrates that, sometimes, starting with real people and real culture, advertising can be more honest and fruitful than by starting with product messages.

In addition, brand campaigns can be iterated and optimised in real time on social media, just as can be done with response marketing.

Lessons for marketers on 'buying a gorilla'